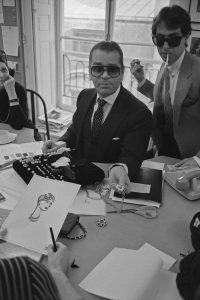 In 1983, Lagerfeld joined the the ailing fashion house of Chanel as creative director. In 1984, he presented his first couture collection for the brand.