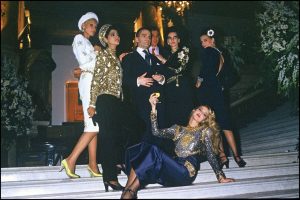 Surrounded by a group of models, including Jerry Hall, following the Chanel autumn/winter 1984 collection show.