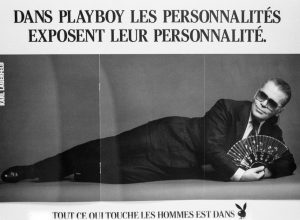 Lagerfeld posed for Playboy in November 1987.