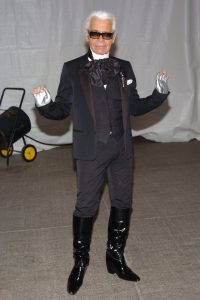 For the 2005 Met Gala, which honoured Chanel, the designer accessorised with a pair of patent riding-boots and silver fingerless gloves.