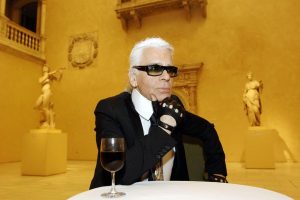 Lagerfeld might be a big Coca Cola fan, but back in 2005 he still enjoyed a glass of wine, as pictured at a preview of a Chanel exhibition at the Met in New York.