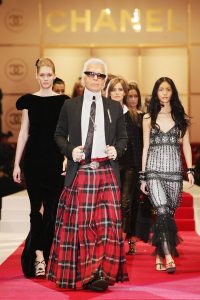 The designer might be known for his slim-cut suits, but in 2004 he swapped his skinny trousers for a kilt in a Scottish-themed show.