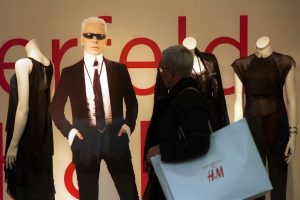 In 2004, Lagerfeld teamed up with H&M – the first of the high-street chain’s designer collaborations – with the entire collection largely selling out within 24 hours.