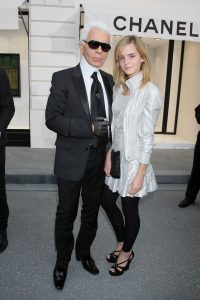 Emma Watson joined Lagerfeld at the spring/summer 2008 Chanel show. She was named the brand’s new campaign star not long after.