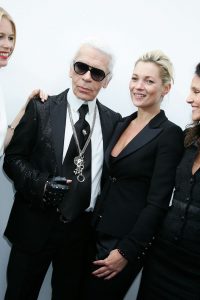 Kate Moss, who has worked with Chanel since she was young, posed for pictures at the brand’s autumn/winter 2009 show in Paris.