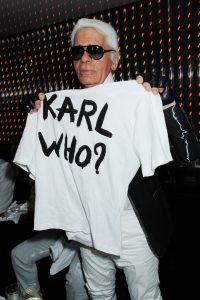 Lagerfeld’s fame took on new heights with the launch of a line of T-shirts with the words “Karl who?”