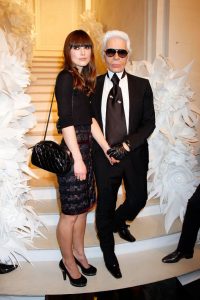 Keira Knightley, one of Chanel’s long-standing ambassadors and campaign stars, joined the designer at the brand’s couture show in 2009.