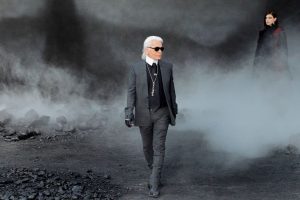 Lagerfeld is known for creating spectacular Chanel sets. For the autumn/winter 2011 show, models emerged from an apocalyptic set, complete with smoke and ash.