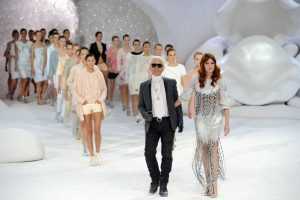 In another jaw-dropping Chanel show, Lagerfeld enlisted Florence Welch to sing inside a giant shell as part of an underwater-themed set.