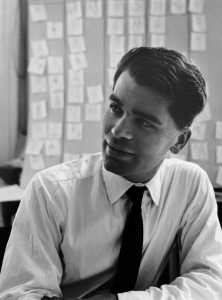 Lagerfeld, aged 27 in his Paris office.