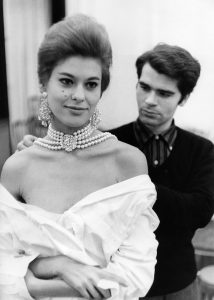 Lagerfeld with a model while at Jean Patou.