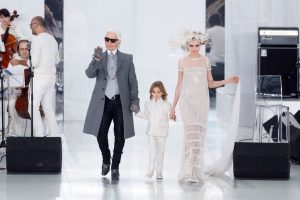 Lagerfeld made his finale bow with his godson Hudson Kroenig and Cara Delevingne for the spring/summer 2014 Chanel couture show.