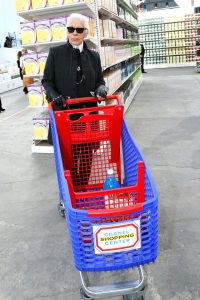 Lagerfeld staged a supermarket-themed show, complete with Chanel food and household products, for the autumn/winter 2014 show.