The actress and Chanel ambassador portrayed the late Princess of Wales in her Oscar-nominated performance in the 2021 drama Spencer. Stewart’s subsequent press tour included various looks that seemed to subtly pay homage to Diana in tweed outfits, courtesy of Chanel, one of the late royal’s beloved brands.

Now, at the 75th Cannes Film Festival, Stewart is once again taking note of Diana’s style cues while adding her own personal flair.

Today, the actress attended a photo-call for Crimes of the Future, the 2022 horror film in which she stars alongside Léa Seydoux, Viggo Mortensen, and more. For the event, she wore a jumpsuit from the French fashion house’s resort 2023 collection. The piece, made in Chanel’s signature tweed, bore a graph checkered red-and-white pattern along with the iconic double-C logo. Stewart added some edge to the classic tweed look, wearing the suit unbuttoned and with nothing underneath. For some extra ’70s-esque oomph, she added yellow-tinted sunglasses from Oliver Peoples and platform black boots. 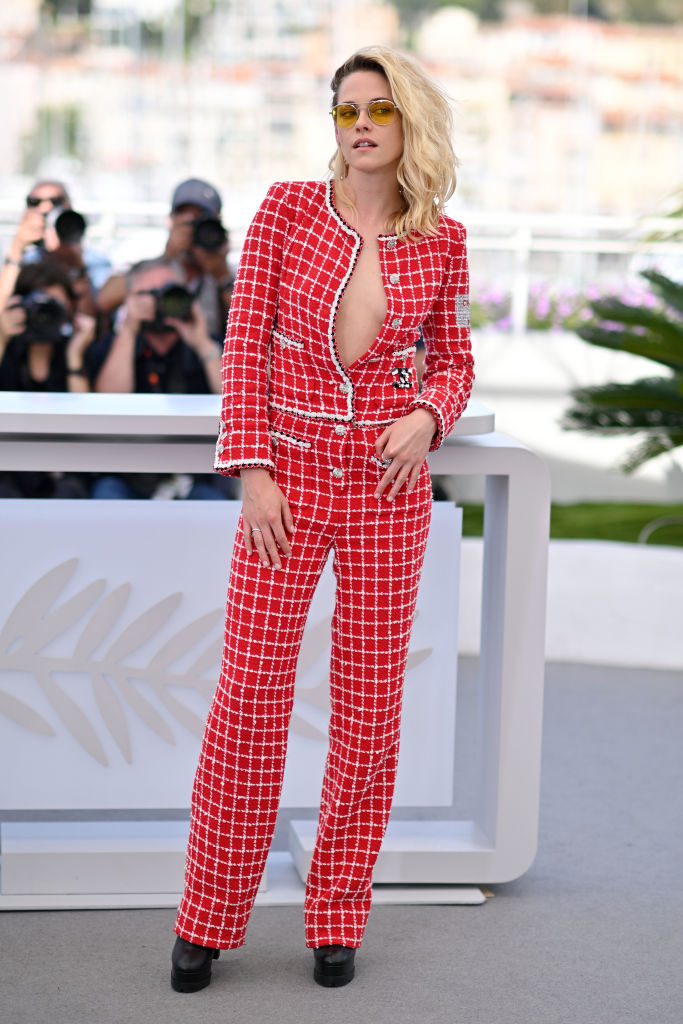 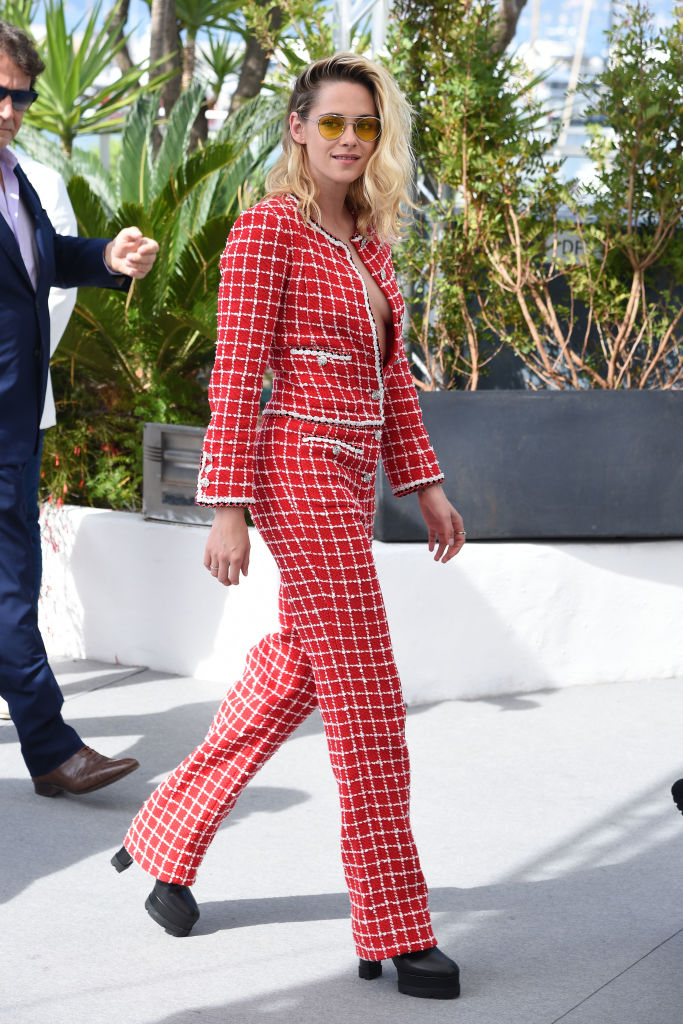 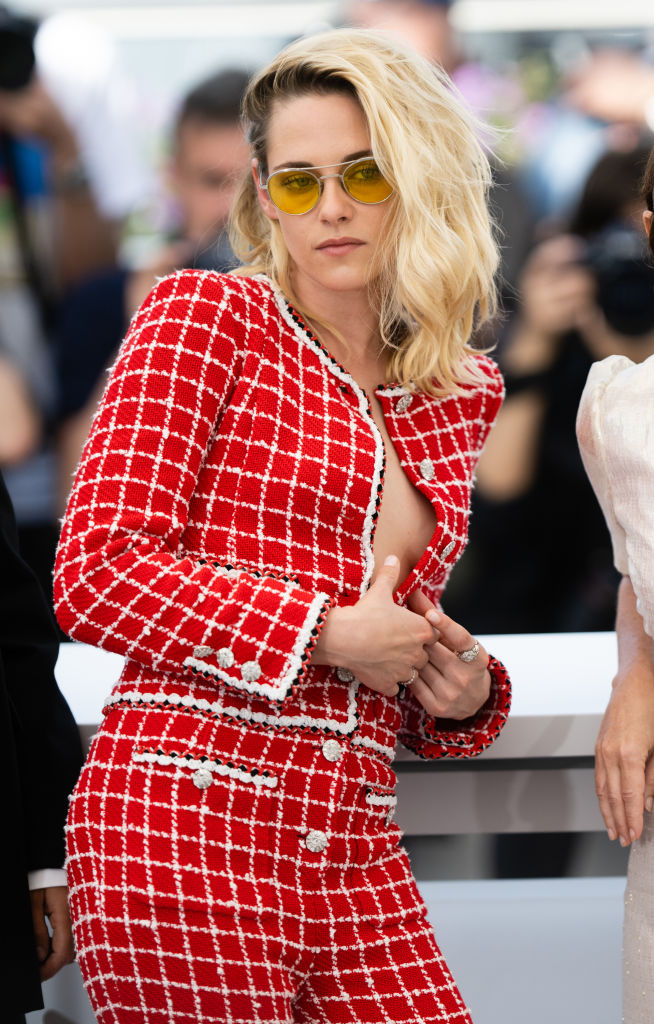 Later, Stewart swapped the bright jumpsuit for something a bit more subdued. Walking the red carpet before a screening of The Innocent, the actress wore an all-black outfit composed of tweed trousers and a strapless bustier from Chanel. She kept her look effortlessly suave by accessorizing with Oliver Peoples sunglasses, a beaded black necklace, and black heels, and sweeping her hair up into a messy bun. 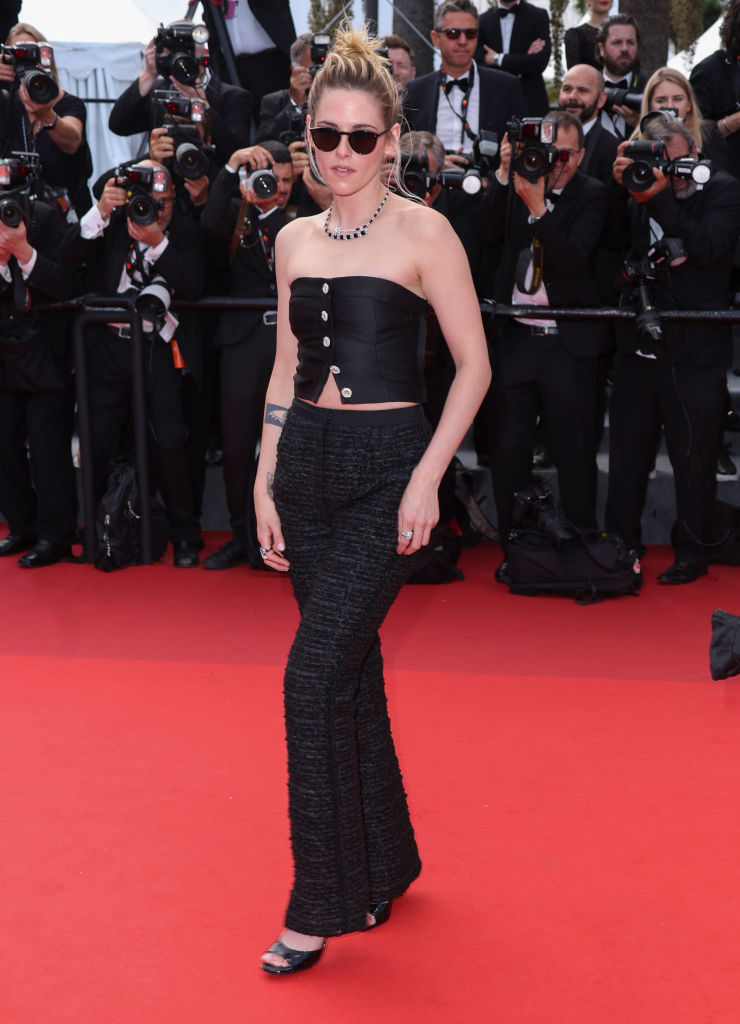 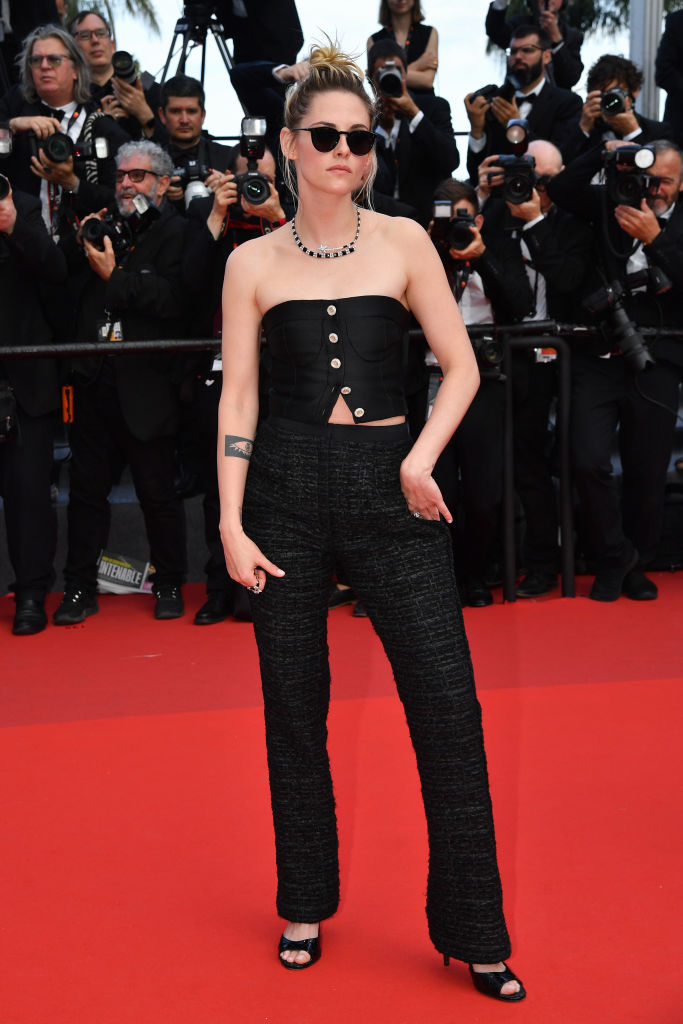 Stewart made her first major appearance at this year’s festival last night, when she wore a bedazzled cropped turtleneck and V-waist skirt from Chanel’s spring 2022 haute couture collection.