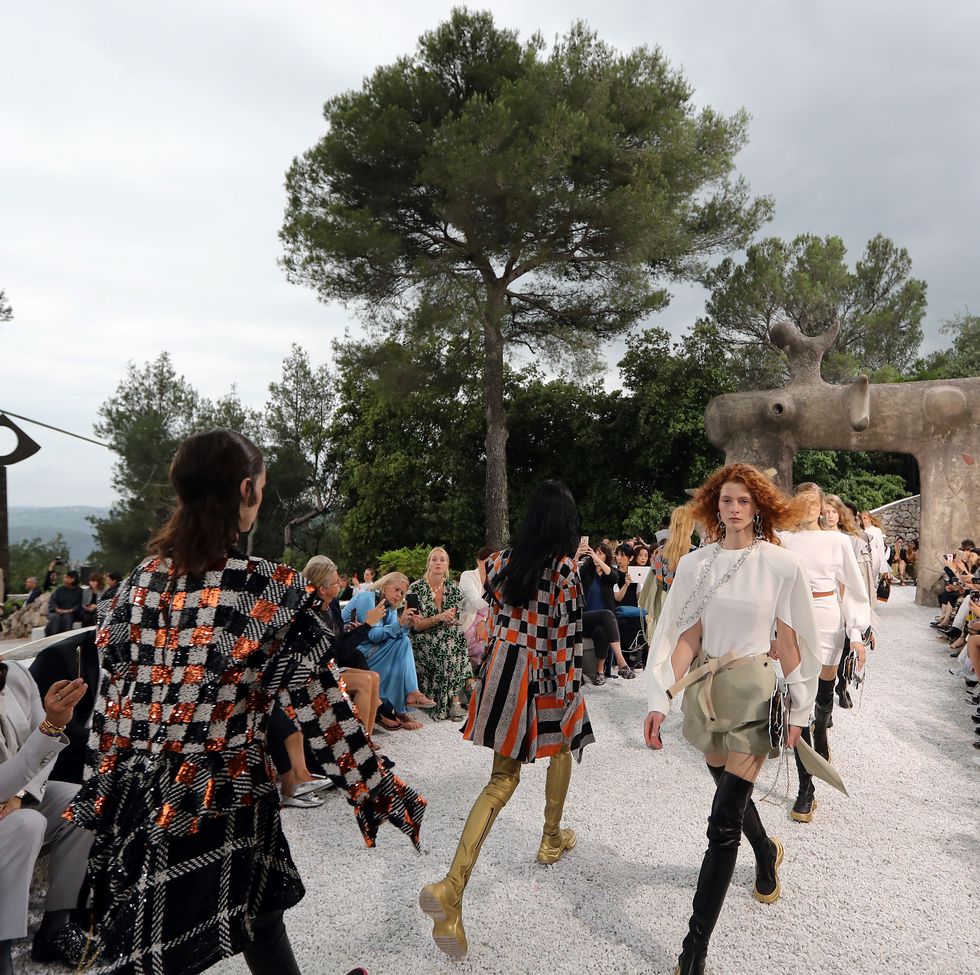 Louis Vuitton will be hosting its next cruise collection show at the John F. Kennedy Airport in New York. The French fashion house is known for going above and beyond to put on a good show (including employing a shaman to keep the weather perfect), and it looks as though this next one will be no exception.

Nicolas Ghesquiere, artistic director at the house, frequently uses modernist buildings for shows, and announced the location yesterday in an Instagram post.

My next @louisvuitton Cruise show will take place at the iconic TWA Flight Center at New York’s JFK airport on May 8th. #lvcruise #eerosaarinen

“My next @louisvuitton Cruise show will take place at the iconic TWA Flight Center at New York’s JFK airport on May 8th,” he wrote.

Vuitton will be the first to stage an event in the striking building before it opens to the public. The 200,000-square-foot futuristic structure features a wing-shaped roof and huge glass windows, designed by Finnish-American architect Eero Saarinen, reports Elle. The airport building also famously played the backdrop for Steven Spielberg’s Catch Me If You Can, starring Leonardo DiCaprio and Tom Hanks.

“The TWA Flight Center, a sheer evocation of travel itself, is inherently linked to Louis Vuitton’s commitment to exclusive architectural discoveries, to its art of travel, and represents an ideal close to Nicolas Ghesquière’s inspirations,” the brand said in a statement.

My next cruise show @louisvuitton will be in New York on May 8th 2019.

Ghesquière has enjoyed staging cruise shows in far-flung locations since taking the helm at the storied fashion house: previous shows have been held at Fondation Maeght in the village of Saint-Paul de Vence in the South of France, and at the Miho Museum, where the audience were transported to a mountaintop venue outside of Kyoto, Japan.

The TWA Flight Centre at New York’s famed airport opened in 1962 but has been closed since 2001. It’s set to re-open on 15 May, complete with retail shops, bars and restaurants.