On A Culture Trip With Mercedes-Benz

Overlooking the festival field from the Molam Bus

As I carefully tread up a bamboo ladder perched against a party bus on a Saturday afternoon—my acrophobia almost getting in the way—I focus on my current goal: to ascend these steps to the top of the Molam Bus, like many Wonderfruit festival-goers have before me. After an ecstasy-filled weekend at Ultra Singapore 2018 earlier in the year, I wasn’t expecting yet another high-revving weekend with Mercedes-Benz six months later. But here I am at Thailand’s annual Wonderfruit, immersing myself in the collective energy at the expansive field of the Siam Country Club in Pattaya. Or in this case, trying to silence my fear of heights on the Molam Bus, which turns into a disco party spot by night.

At this inclusive, free-loving space, Wonderfruit upholds all of its creative outlets with the same vigour, which means architectural structures, experiential art installations, and musical performances of every possible genre that are impressive in their own right. Packed from morning till night throughout four days, Wonderfruit’s brief is simple: come with an open mind, refrain from actions that would disrupt the safe spaces for other Wonderers, and enjoy yourself. And enjoy myself, I did, in the company of Mercedes-Benz.

STATES OF THE ART

Mercedes-Benz’s Urban Hunting movement has come a ways away since its debut four years ago, when it began as an art project, in which street artists were commissioned to interpret the A-Class, GLA-Class, and CLA-Class. The premise? To highlight the cars in the German luxury automaker’s premium compact segment, and appeal to a modern generation—regardless of age—that practices an exciting active lifestyle. Since then, the Urban Hunting events and initiatives have highlighted its support and celebration of art, music, and culture, from EDM parties with high-power performers such as R3hab and Hoobastank to specially designed art cars and local short film screenings. 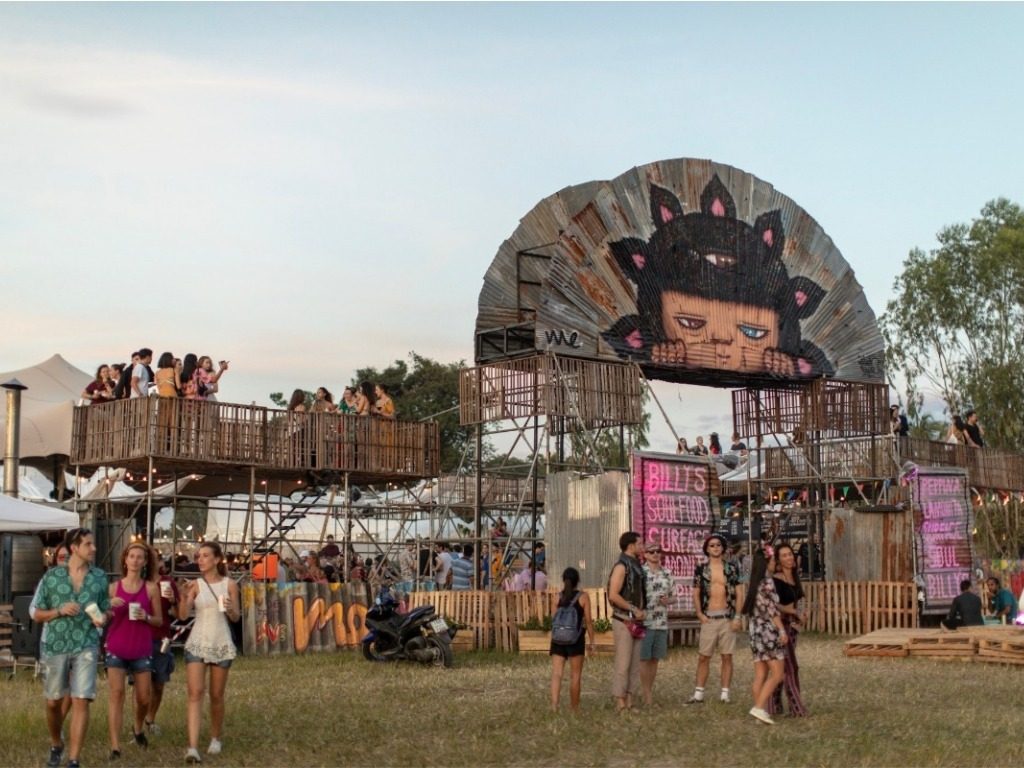 The Mercedes-Benz space at Wonderfruit

For a complete bystander, it can be difficult to draw the connection between Mercedes-Benz’s partnership and a festival with a strong sustainability ethos like Wonderfruit. After all, what kind of positive impact can a car manufacturer have on environmental awareness? How does this participation offset the devastating effects of its cars’ emission and carbon footprint? A significant one, evidently, as this partnership is just one of the many strides Mercedes-Benz has been making to further its green efforts. In recent years, not only has it geared its technological focus towards sustainable mobility, it has also launched a technology brand, EQ, which stands for Electric Intelligence. Automobiles in its premium compact segment have also received the EQ Power treatment, which essentially means electric-driven features in its top-line offerings.

Dishes by Thonglor’s award-winning chefs were a norm

The Mercedes-Benz space in Wonderfruit—one of the many curated corners at the festival—is filled with signature menus by Thonglor’s famous chefs, savoured in between performances by various artists—Thai indie crooner Phum Viphurit and Chicago rapper Kweku Collins had me swooning. Other times, I drift away on my own to other tents, discovering traditional Thai rice wine Sato in one, or swaying with like-minded solo attendees in a hut bathed in dim red lighting. Positive energy reverberates everywhere I go—an idea with which Mercedes-Benz resonates.

As Mark Raine, vice president of sales and marketing for passenger cars at Mercedes-Benz Malaysia, puts it, the Urban Hunting movement is for “natives of the concrete jungle who are all about music, art, fashion, and nightlife.” It’s a pretty broad statement, but the message is clear: the subculture movement appeals to anyone with a dynamic lifestyle, who craves experiences like no other, but most of all, understands the importance of making an engaging and lasting impact. 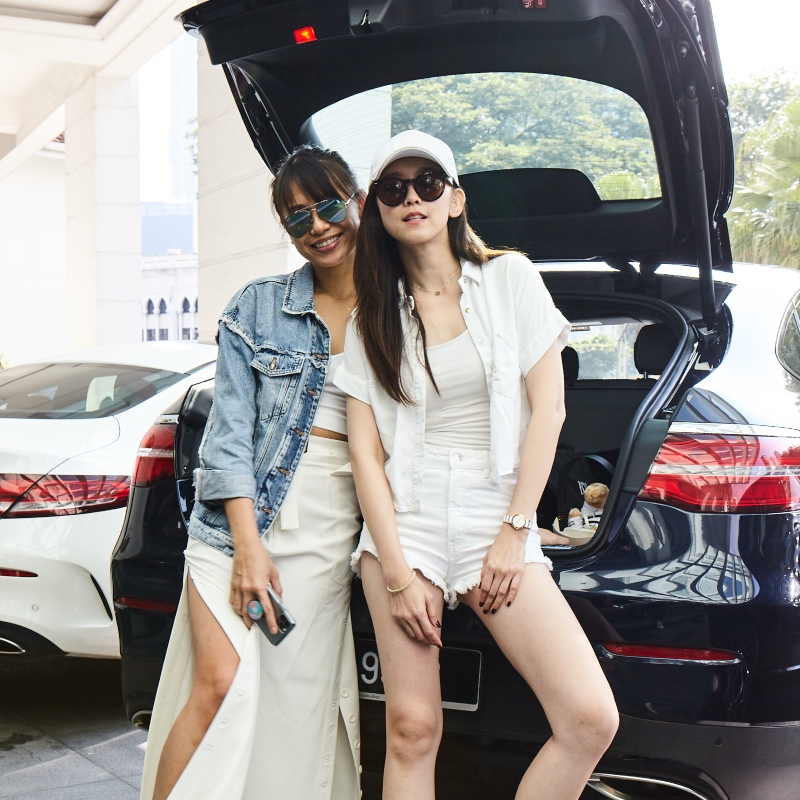 #BAZAARIslandTakeover: The Roadtrip to Paradise with the Mercedes-Benz Dream Cars Collection