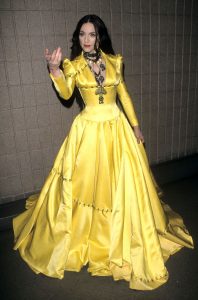 At the 1998 VH1 Fashion Awards, Madonna arrived wearing then-relatively unknown Belgian designer Olivier Theyskens. She has since been credited with raising the designer’s profile to international acclaim. The yellow gown, with its corseted waist, was not the only striking part of Madonna’s look on that red carpet. So too was her haunting, black hair, indicative of her Frozen era. 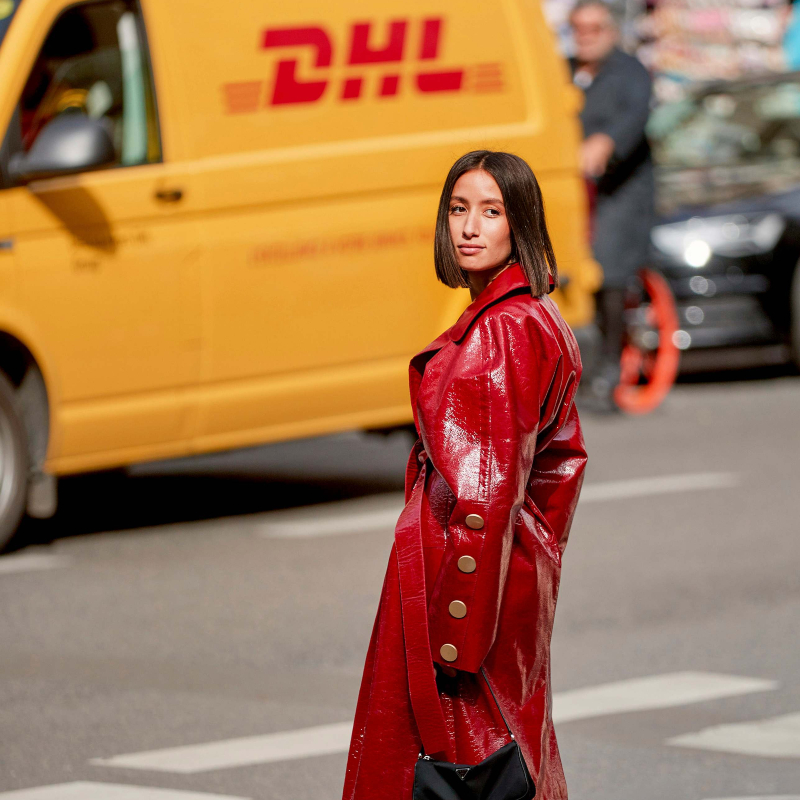 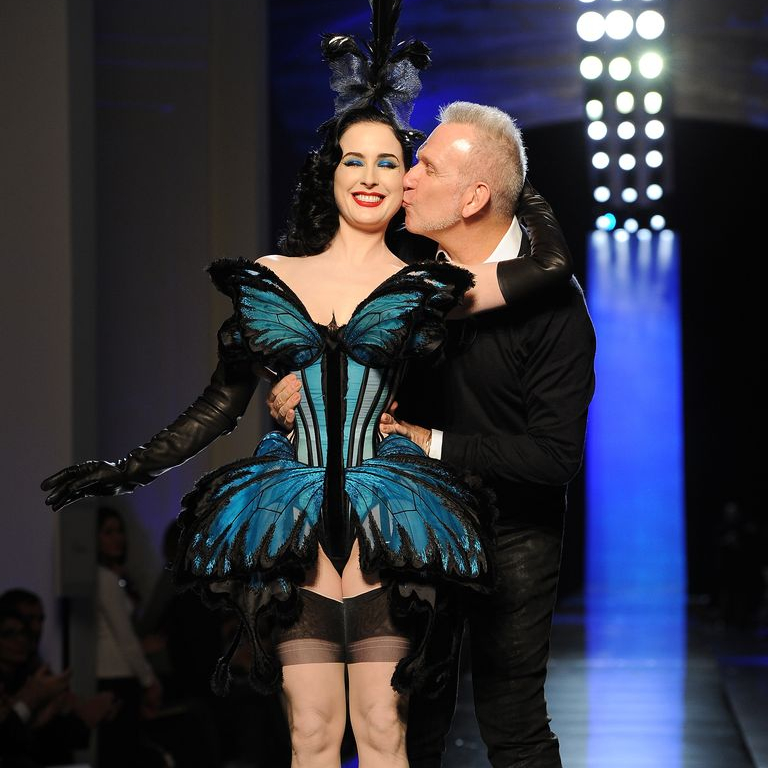 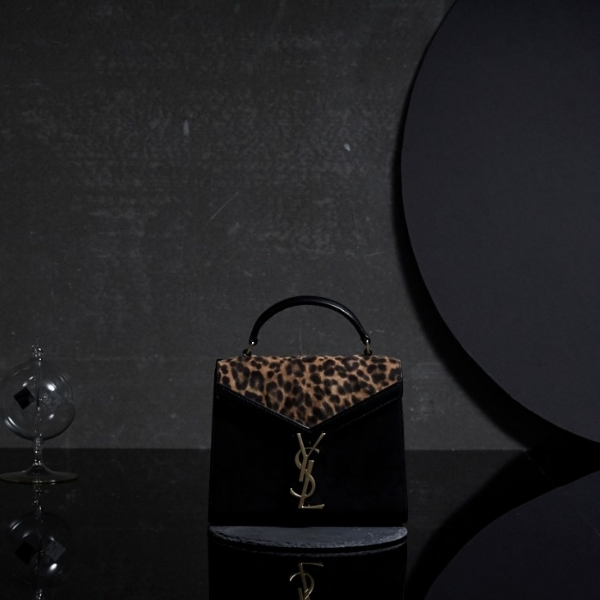