SNEAK PEEK: INSIDE THE ISSUE 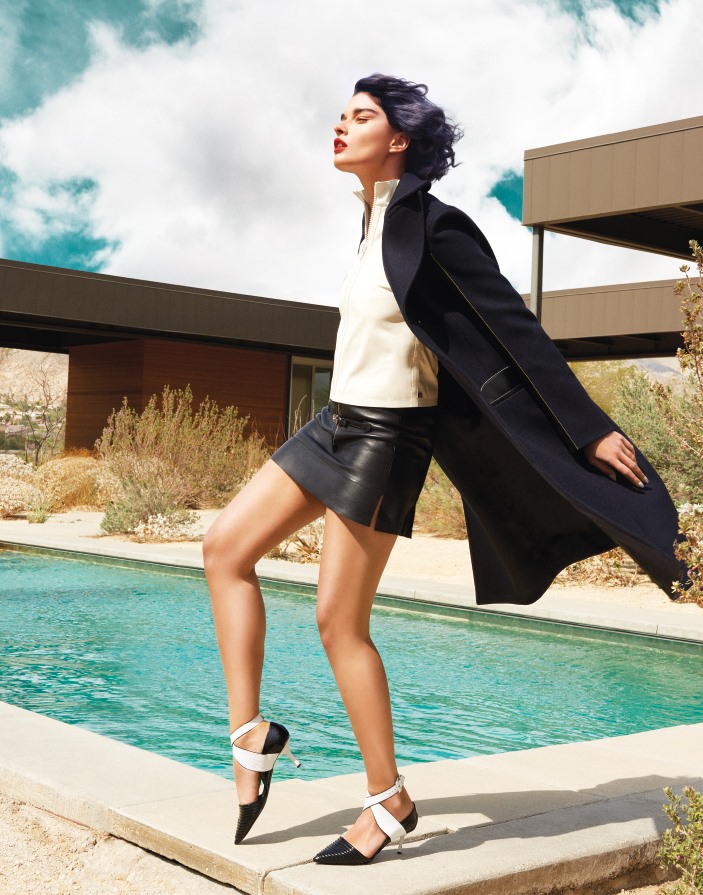 Survivor, that’s the perfect word to describe Crystal Renn, considering her life story and career trajectory in fashion. She has gone through a host of hardships and has battled a constant barrage of negative comments about her weight (resulting in a bout of anorexia at one point) and her infamous asymmetrical eyes. Despite all this, Renn has managed to add author, photographer, and spokesperson to her résumé, while still enjoying what she does best in front of the camera – and with major pizzazz, evidently. Armed with her own face tape and 15 years of modelling experience (like Kate Moss, she entered the industry at the tender age of 14), she came and charmed the entire BAZAAR photo crew with an unassuming demeanour to match her modest attire. Renn’s warmth shone through her retorts, which displayed her psychoanalytical side. On set, however, she transformed into a completely different being. She wriggled, writhed, swayed, and hissed like a woman possessed by a fashion deity, embodying a character that she created in her head; and only for that day. It was fascinating to witness the shoot in progress. The dynamic connection between the supermodel and our photographer Yu Tsai was almost palpable; they bonded with a mutual respect and love for fashion, as well as a united goal to create those magical moments. Their in-depth post-shoot conversation is in the August 2015 edition of Harper’s BAZAAR Malaysia.