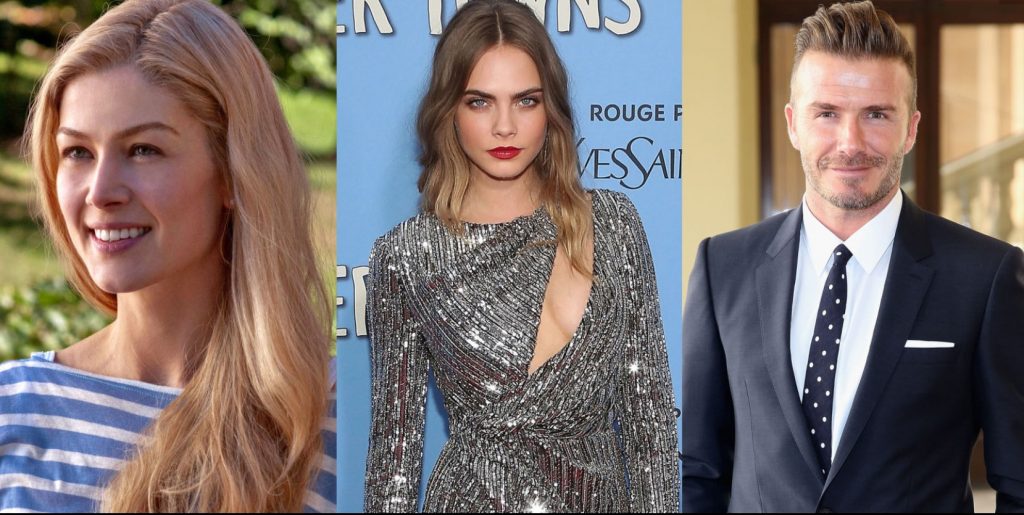 – A Gone Girl sequel may be on the way. Gillian Flynn, author of the New York Times best-selling novel, revealed at the Dark Places premiere, “I don’t know if I could go back to the Dunnes quite yet. I think about it every once and awhile. I do. I do. It’s hard to shake sometimes.” [E!]​

– Despite recent breakup rumors, Cara Delevingne gushed over girlfriend St. Vincent at yesterday’s New York premiere of Paper Towns. When asked how the musician has influenced her, she responded: “Love is inspiring! True love comes in every form, whether it’s what you do or whether you love yourself. True love is one of the most important things. It’s what makes the world go ’round.” [US Weekly]

– Carolina Herrera will be honored at the Smithsonian’s National Portrait Gallery in Washington D.C. on November 15th. The fashion designer’s 1979 portrait, photographed by Robert Mapplethrope, will reside in the museum’s collection. [WWD]

– Khloé Kardashian is taking on a new venture—a talk show called “Kocktails with Khloé.” The series will feature guest appearances by celebrities and friends and will premiere on the FYI channel in late 2015. [Page Six]

– Barack Obama is quite the fan of The Daily Show. The president made his final appearance on the late-night talk show before longtime host Jon Stewart retires on August 6th. He told Stewart: “I can’t believe you’re leaving before me. I’m going to issue an executive order. Jon Stewart cannot leave the show. It’s being challenged in courts.” Watch last night’s clip below: [US Weekly]