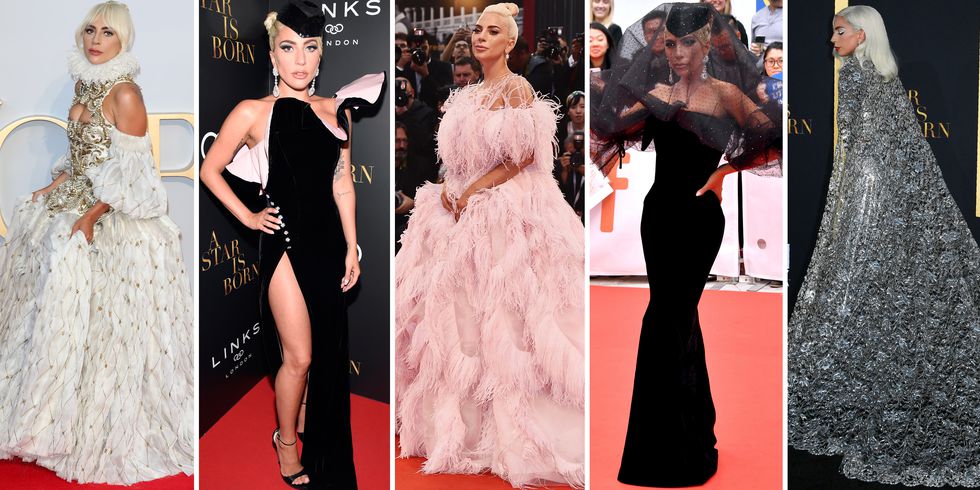 Lady Gaga’s breakout film role in Bradley Cooper’s A Star Is Born may be generating a ton of Oscar buzz, but we’d also like to submit her amazing promo tour looks to the Academy for consideration as well. The singer-turned-actress repeatedly stunned at every one of the film’s worldwide premieres. First, there was her epic boat arrival to the Venice Film Festival followed by a show-stopping pink feathered Valentino Couture gown. There was an archival Alexander McQueen look for the London premiere, a dramatic all black veiled look in Toronto, and a sparkling cape gown by Givenchy Haute Couture. A star was born (again), indeed.