Karl Lagerfeld has picked Kristen Stewart, Vanessa Paradis, and Alice Dellal to star in an upcoming ad campaign for Chanel handbags, slated to be released some time this April. While this is not the first Chanel ad campaign for these girls, it will be the first that sees all three of them together. Watch this space. 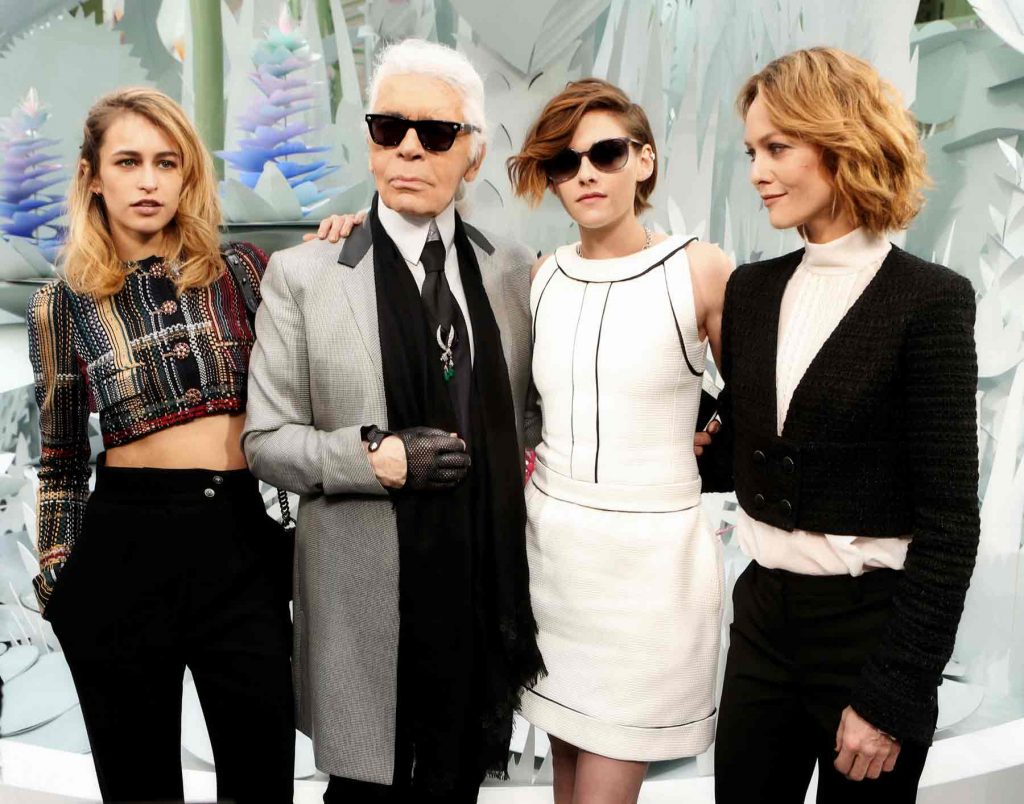 Karl Lagerfeld with Alice Dellal, Kristen Stewart, and Vanessa Paradis, the stars of his upcoming campaign