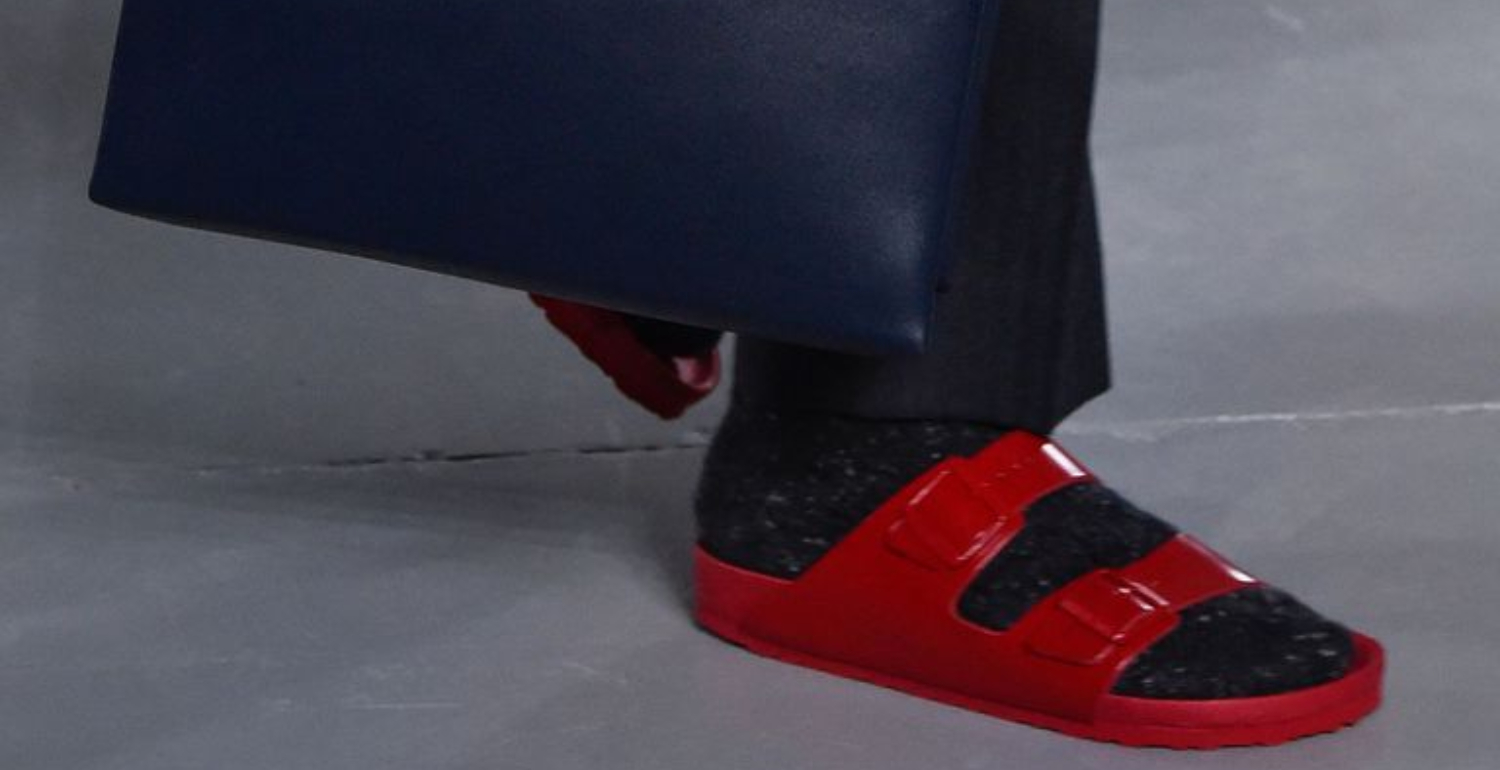 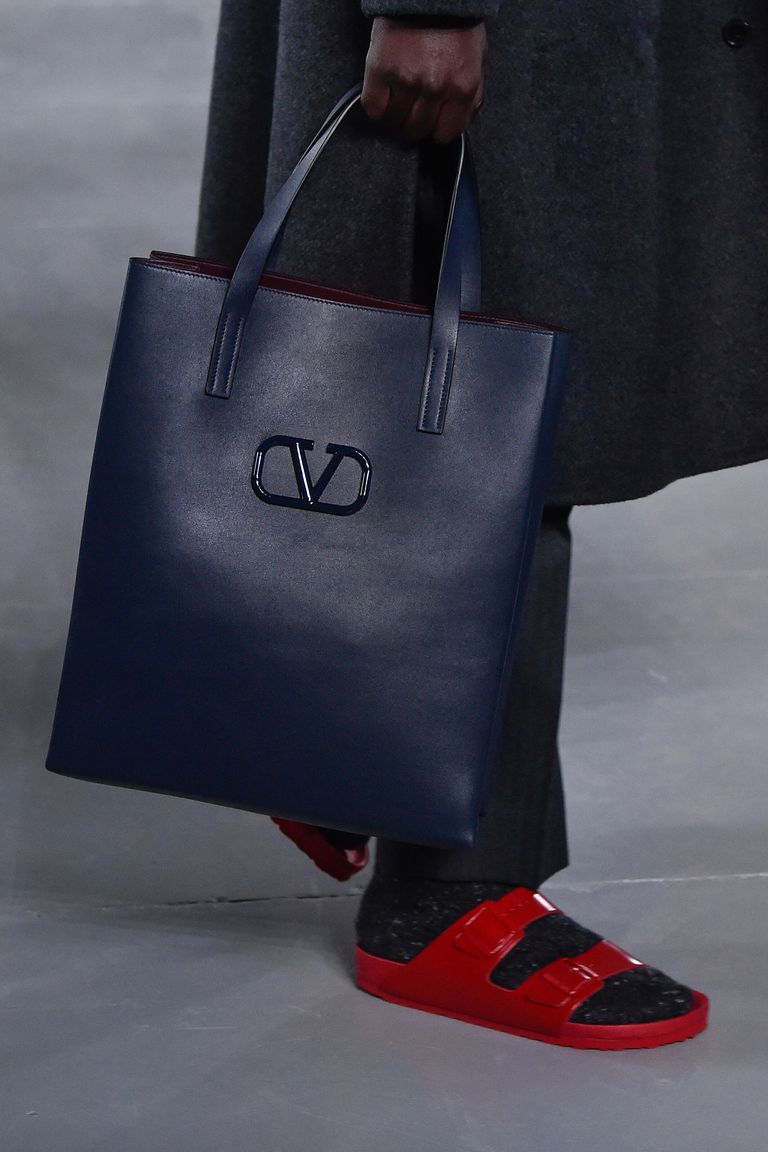 Italian fashion house Valentino has teamed up with comfortable footwear label Birkenstock on a new collection. The two styles – which debuted on the catwalk at Men’s Paris Fashion Week yesterday – are versions of the label’s trademark Arizona sandal, which have been given the luxury fashion treatment.

Pierpaolo Piccioli, creative director of Maison Valentino, has designed two shoes for the collection, one in black with Valentino’s VLTN logo on the side, and the other in bright red leather. On the catwalk, the chunky shoes were shown with socks, suggesting that they can be worn during any season. 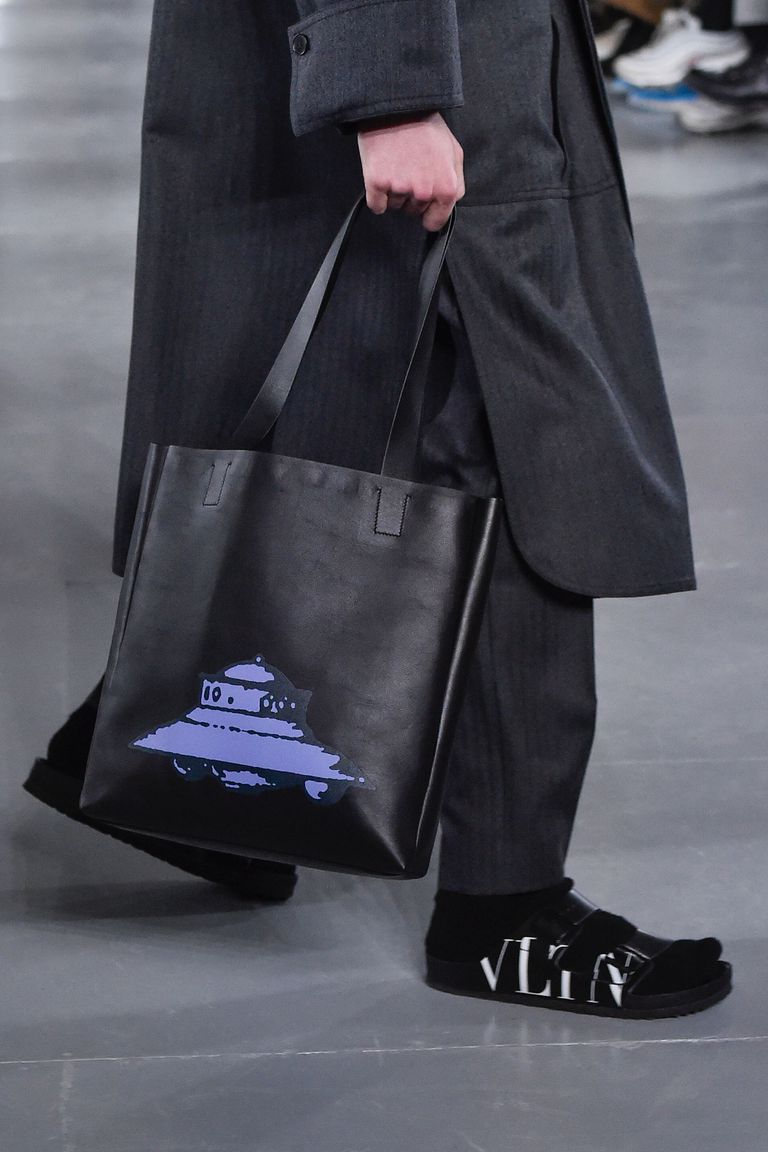 Piccioli explained that he chose to collaborate with the brand because he felt it is “the definition of inclusivity”.

“I chose to make this collaboration with Birkenstock for the same reason people choose Birkenstock every day,” Piccioli said in a statement. “No matter what you wear, who you are, no matter your gender or social background, no matter your age, your style, no matter if you care about fashion or if you do not, Birkenstock has its own universal language.”

“I loved the idea of approaching the DNA of our Maison, represented by the individual and intimate world of Couture with something that it is so free and adaptable. To me, this is the definition of inclusivity.”

This is not the first high-fashion brand to have collaborated with Birkenstock, who also recently released a collection with Rick Owens. However, the company is said to have turned down opportunities to work with streetwear labels including Supreme and Vetements. The brand’s CEO, Oliver Reicher told The Cut in August last year: “There’s no benefit for us [in working with these brands] except prostitution, because this is just prostitution.”

Birkenstocks became an unlikely hit around seven years ago when Phoebe Philo showed the previously functional shoes on the Céline catwalk. And, unlike many of the passing ‘ugly shoe’ trends, interest in them has not subsided, with the company reported to have pulled in around $800 million worth of sales last year.

Collaborations between high-fashion brands and comfy or ‘ugly’ footwear don’t appear to be dying down either. Following Christopher Kane and Vetements both teaming up with Crocs, Vivienne Westwood has just announced a collection in partnership with ’90s brand Buffalo. 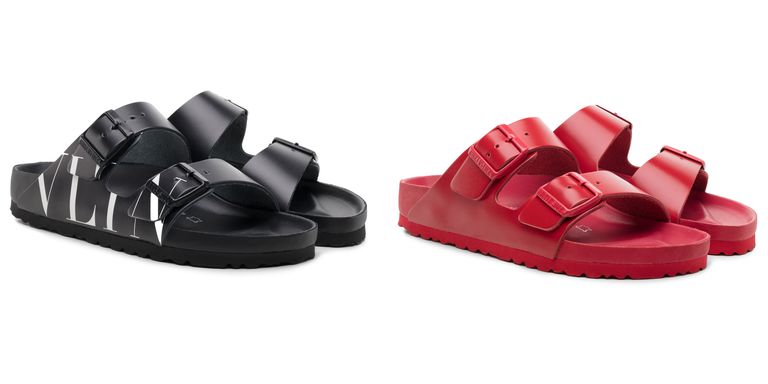 The unisex sandals will be available to shop at Valentino stores and online; the red pair for £310 and black pair for £340.

Spas & Salons
The best ways to spend your me-time.