With words that tumble and dance to the tune of emotional scribbles and vivid imagination, Maison Valentino dives once again into the literary world to produce text-only campaigns rich in identity. Unlike most campaigns that often utilise images as a method of communication, Valentino's text-only campaign known as Valentino the Narratives II, reimagines new ways of communication and connecting with the audience, creating a deeper impact.

For the second chapter of this campaign,  Creative Director Pierpaolo Piccioli invited 17 renowned international authors to create individual campaign layouts imbued with authenticity and identity. LOVE becomes the star of the campaign, with each writer and poet filling the colourful canvas with emotion. In addition, the Maison will continue to sustain independent bookstores and has also renewed their collaboration with Belletrist bookclub founded by Emma Roberts and Karah Preiss to promote cultural happenings and create an open dialogue within the community.

Scroll below to read the stimulating, cerebral campaign here. 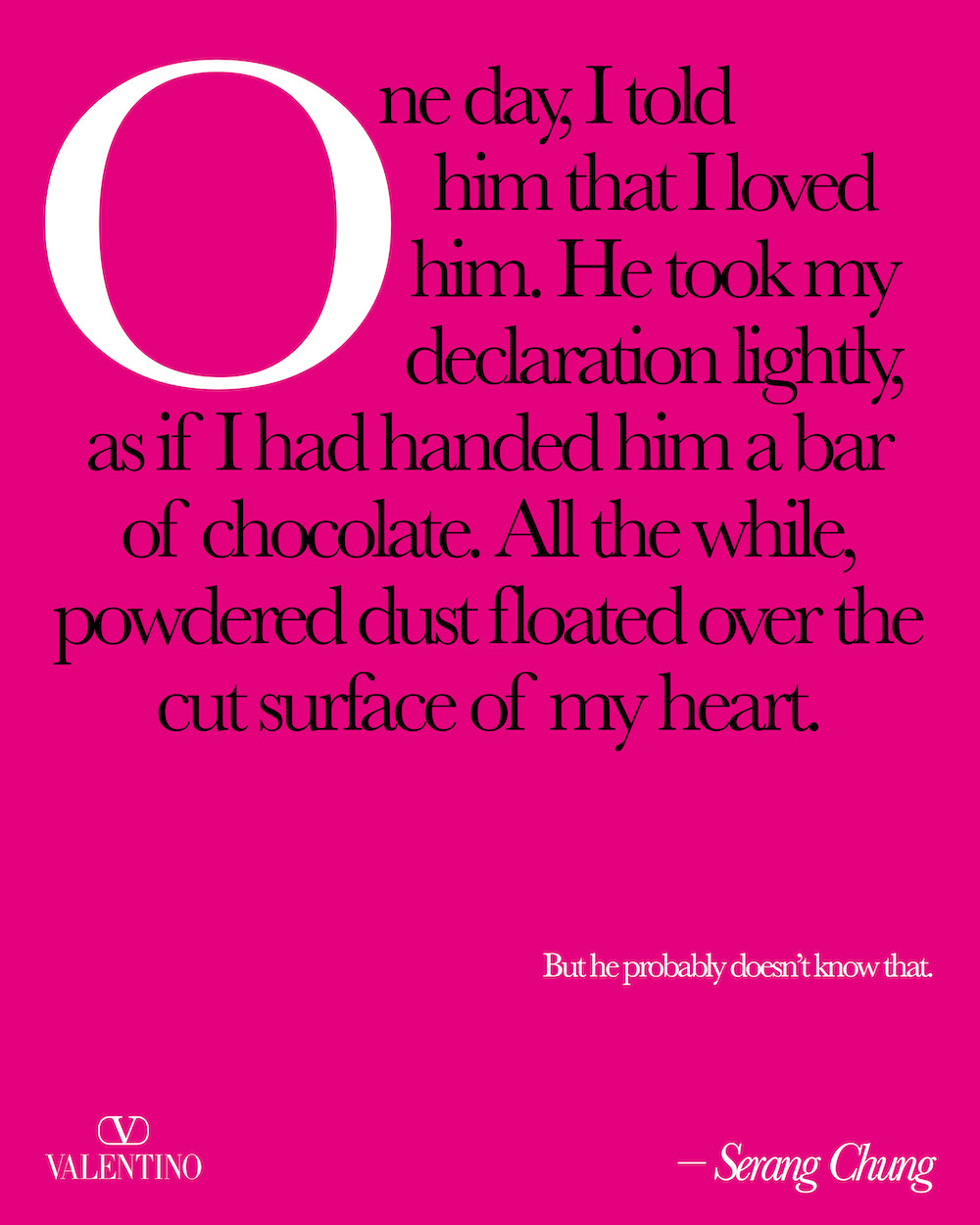 All images courtesy of Valentino.