Why The Breton top Will Never Lose Its Appeal 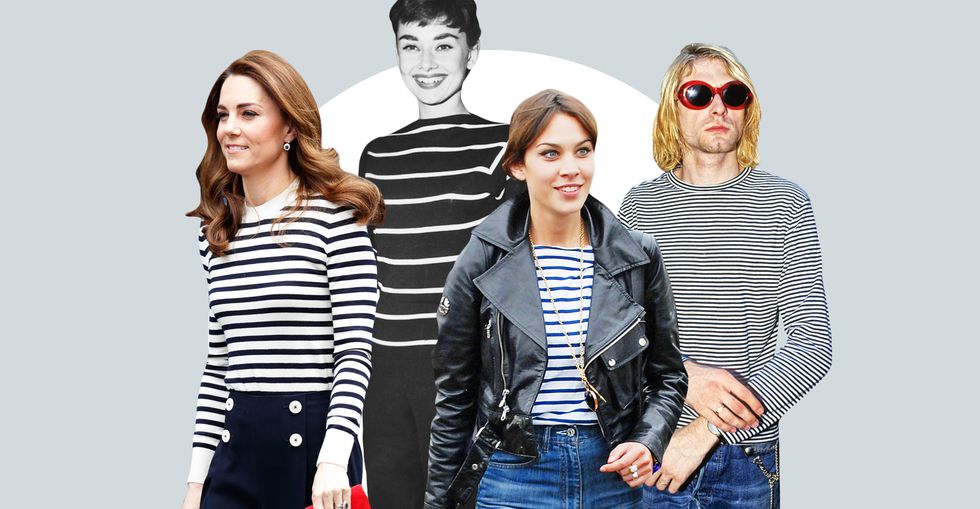 It takes time for something to become a classic. A true classic is rarely just invented, but rather it acquires status and popularity through a reluctance to bend to trends and passing tastes. Classics are usually born of simple ideas – take Coco Cola’s copper script, the handwriting of the company’s first bookkeeper, or in fashion, the Breton, a style originally worn by fishermen.

This month, Saint James – one of the earliest pioneers of the Breton – celebrates its 130th birthday, that’s 130 years since its knitters created the original fisherman striped sweater, weaving wool so tightly that the fabric became waterproof and therefore indispensable to fishermen needing protection from the wind and waves of the sea. 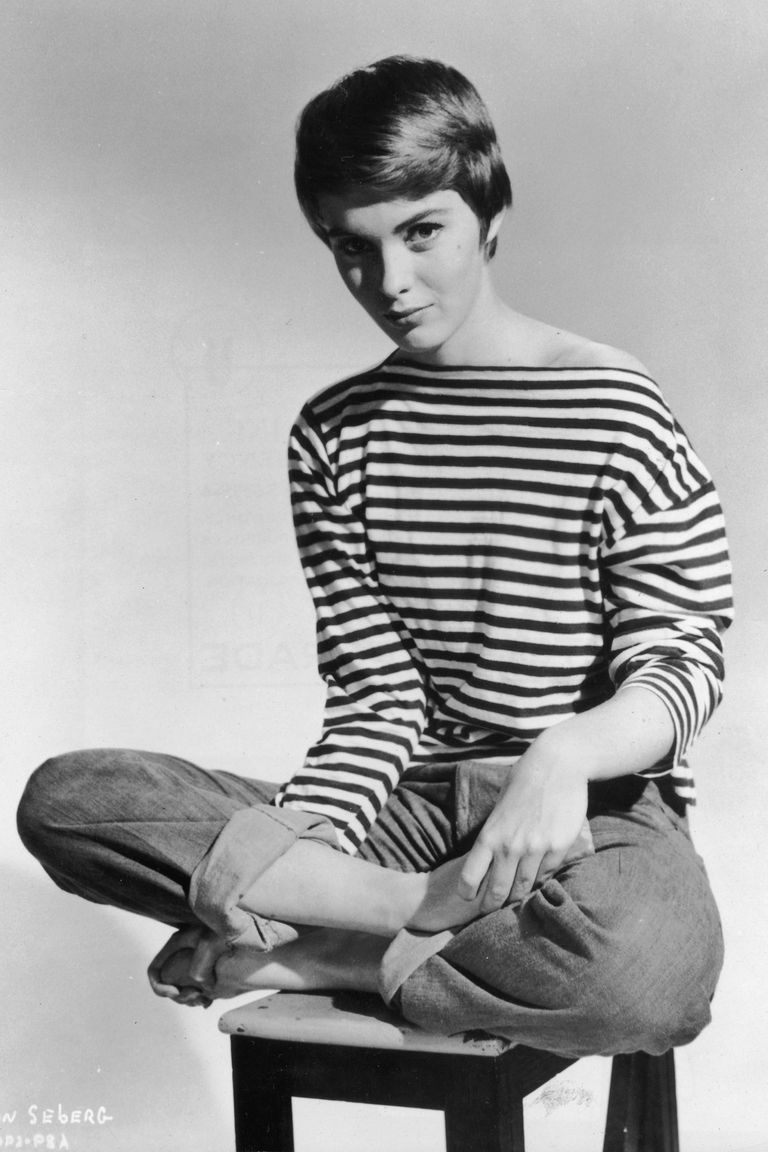 Today, most of us own a Breton. Its appeal has been and still is far-reaching – Kurt Cobain wore his with ripped jeans and Converse; Brigitte Bardot styled hers with capri pants and ballet pumps; and the Duchess of Cambridge likes hers with skinny jeans and loafers. Bretons are a staple of mothers on the school run as much as they are twenty-somethings at Glastonbury. It achieves this without much promotion in the fashion press – after all, the industry has nothing to gain by championing something most women already own.

“There are very few great sartorial classics – the little black dress, the camel coat, the trench – and the Breton top ranks among the greatest,” says Harper’s Bazaar editor-in-chief Justine Picardie. “Its appeal is utterly timeless.”

“It has become a marker of classic French chic, but still garners countercultural associations”

Given our obsession with French style, it’s unsurprising that the ultimate signifier of Gallic chic has become so ubiquitous – after all, does anything represent Parisian style quite like Jean Seberg wearing a striped boatneck in Breathless? What is perhaps more impressive is its ability to project a different image on different tribes, be it royalty or rock stars. It was carefree and youthful on James Dean in Rebel Without A Cause; on Picasso and Jackson Pollock it was artistic and pared-back; and Andy Warhol and Edie Sedgwick lent an air of Manhattan cool. It looks preppy on some, and nonchalantly cool on others. Its strength lies within its egalitarianism – Bretons bring a palette cleansing, pared-back elegance to its wearer. 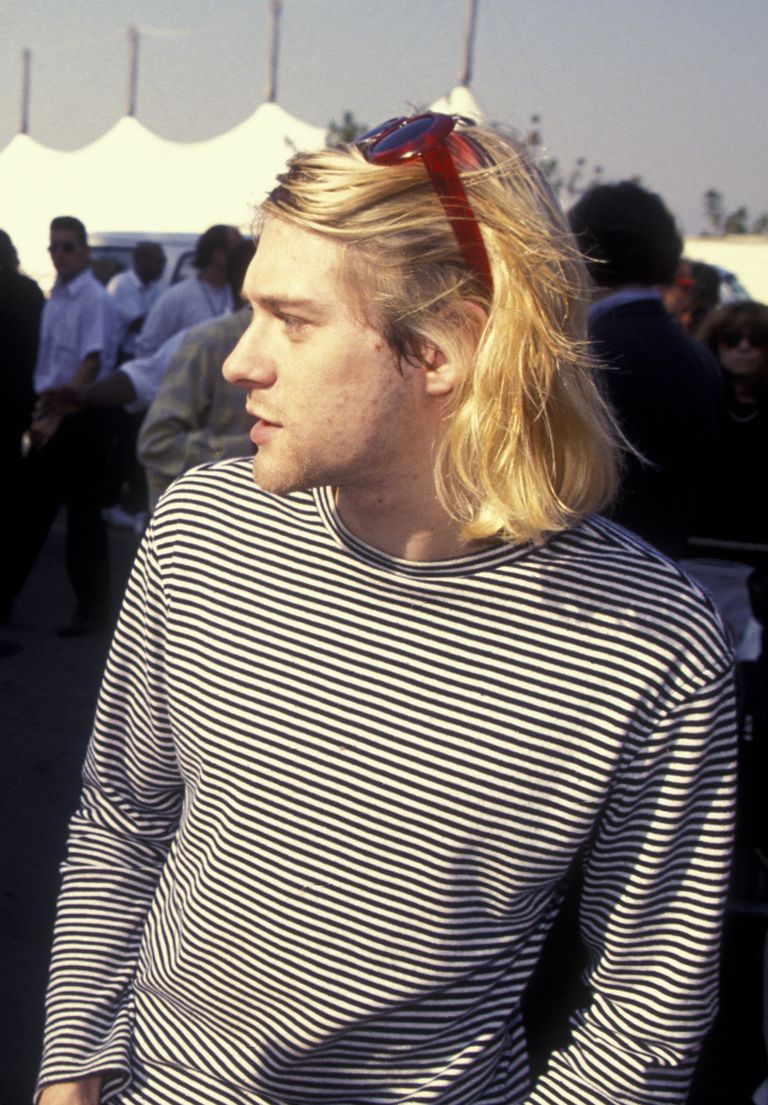 “Worn by everyone from Patti Smith to The Ramones, Kurt Cobain and the Duchess of Cambridge, the Breton top is somewhat unique in that is has become a marker of classic French chic but can still garner countercultural associations,” says Amber Butchart, associate lecturer at London College of Fashion, UAL and author of Nautical Chic, a book dedicated to fashion inspired by the sea. “Along with other unisex items that originated in workwear, like jeans and the leather biker jacket, it remains one of the few fashion staples that can look both bourgeois and bohemian, which is part of the reason we love it so much.”

The Breton started out as a functional piece of clothing needed to keep seafarers warm, with roots back in the 17th century, when they were worn by whalers and, later in the 18th century, by fishermen. Butchart says 1923 was a crucial moment for the Breton’s crossover into fashion when American artist Gerald Murphy took a shopping trip to Marseille to get supplies for his boat, and returned with striped marinière tops for himself and his guests “kick-starting a trend that continues to this day”. 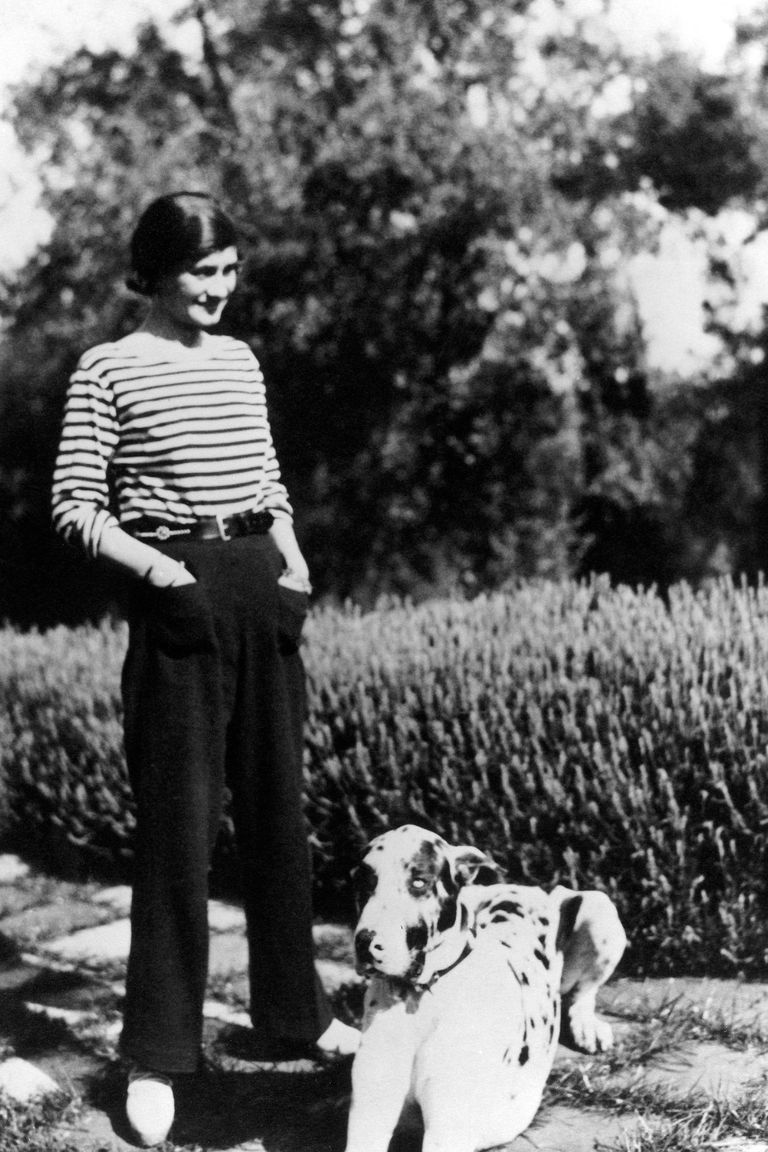 Coco Chanel at her French villa in 1930
GETTY

Then came the patronage of Coco Chanel, who was first pictured wearing a Breton tucked into a pair of high-waisted trousers in 1930, but had been incorporating nautical menswear designs into her work from as early as 1913.

“Coco Chanel was always her own best advertisement,” says Picardie, who has written a book about the designer, Coco Chanel: The Legend and the Life. “She popularised trousers for women, little black dresses, bobbed hair, long strings of pearls – and she was the embodiment of Riviera chic in her Breton top, worn with simple jersey trousers, photographed at her villa, La Pausa, on the Riviera.”

“Coco Chanel was always her own best advertisement”

At Saint James, the brand’s best-selling product is consistently its slim-fitting classic matelot style which features three buttons at one shoulder. “The type of stripe is very important for Saint James,” said the label’s collections director, Jacqueline Petipas. “The 16 by 8 stripe pattern is specific to the brand. The Breton top fits to each personality and is truly timeless. It is a matter of proportion, balance and of course quality. The simple shape combined with the stripes convey a sense of movement, travel and dynamism.”

It isn’t hard to find a striped Breton, but finding one that has the right levels of authenticity is more of a challenge. The classic marinière was meticulously defined when it became part of the French naval uniform in 1858, as Butchart explains “listing 21 white stripes at 20mm width and 20 or 21 blue stripes at 10mm for the body, and 15 white stripes and 14 or 15 blue stripes on the sleeves”.

Picardie cites Chanel (her decade-old Chanel Breton is so well-loved the edges are a little frayed), Boden, Uniqlo and Tory Burch as her marinière go-to destinations, but we’d also recommend seaside towns and French markets as prime locations for authentic versions. Arthur Beale in London and Saint James also offer some of our favourites.

“The perfect Breton should be made of sturdy cotton – never adulterated with polyester or any other artificial fabric,” she said. “I also think it should be in blue and white or black and white; in other words, traditional monochrome rather than rainbow-hued. It shouldn’t be too tight or too baggy, and I don’t like them cropped – I prefer them to sit well below the waist and skimming the hips.”

For a new-season update, Selfridges womenswear buying manager Poppy Lomax suggests styling alongside “the cargo trend which is back in full force for autumn/winter 2019, along with any update jean fit or as an easy layering piece under denim dungarees, dresses, and over skirts. The Breton is classic, elegant and timeless, it’s something that’s easily updated with the help of new season pieces and the right accessories.”