Richard Mille brings in the joy with its RM 88 Automatic Winding Tourbillon Smiley watch, a cheerful celebration of horological wizardry and craftsmanship that comes alive with cute micro-sculptures courtesy of engraver Olivier Kuhn.

How cute is this? An ubiquitous social symbol since its first appearance in the pages of the French newspaper, France Soir, back in 1972, the yellow smiley face has become an everyday expression of joy thanks to its emoji presence used on any digital platform that invites interaction or comment. Now, Richard Mille celebrates this positive symbol of communication in the sunny RM 88 Automatic Winding Tourbillon Smiley. 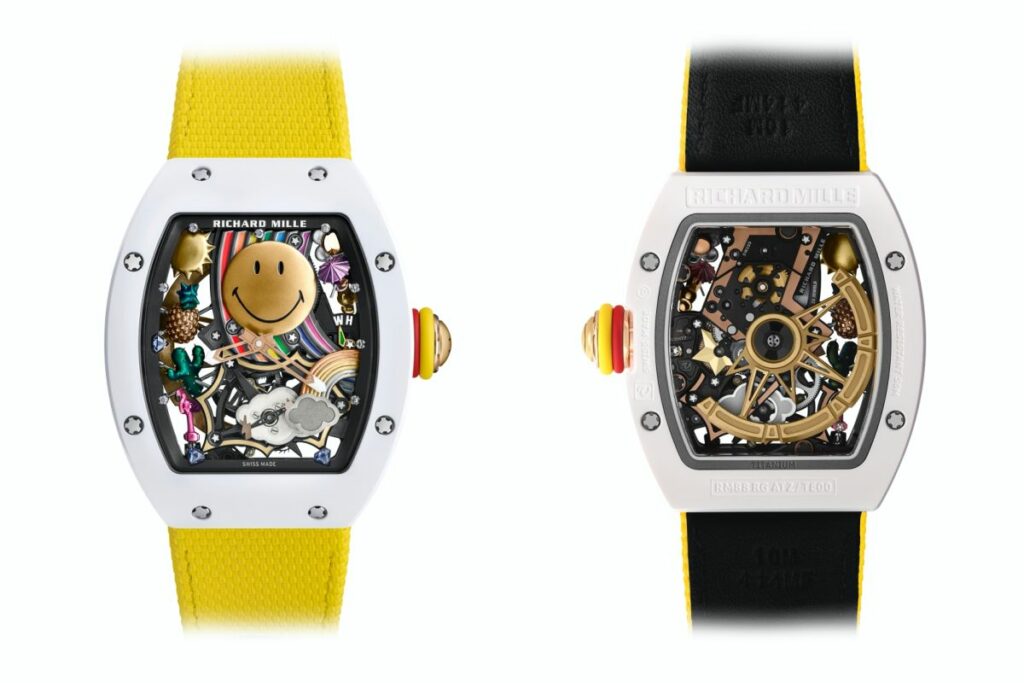 The RM 88 Automatic Winding Tourbillon Smiley houses a new in-house automatic tourbillon calibre, the CRMT7 calibre, that took three years to develop. It’s a skeletonised automatic tourbillon movement with hour, minute and function displays, with a power reserve of about 50 hours. The case is made from micro-blasted grade 5 titanium with PVD treatment and is thus rigid (ideal to allow for the gear train to function effortlessly) but also extremely resistant to corrosion. 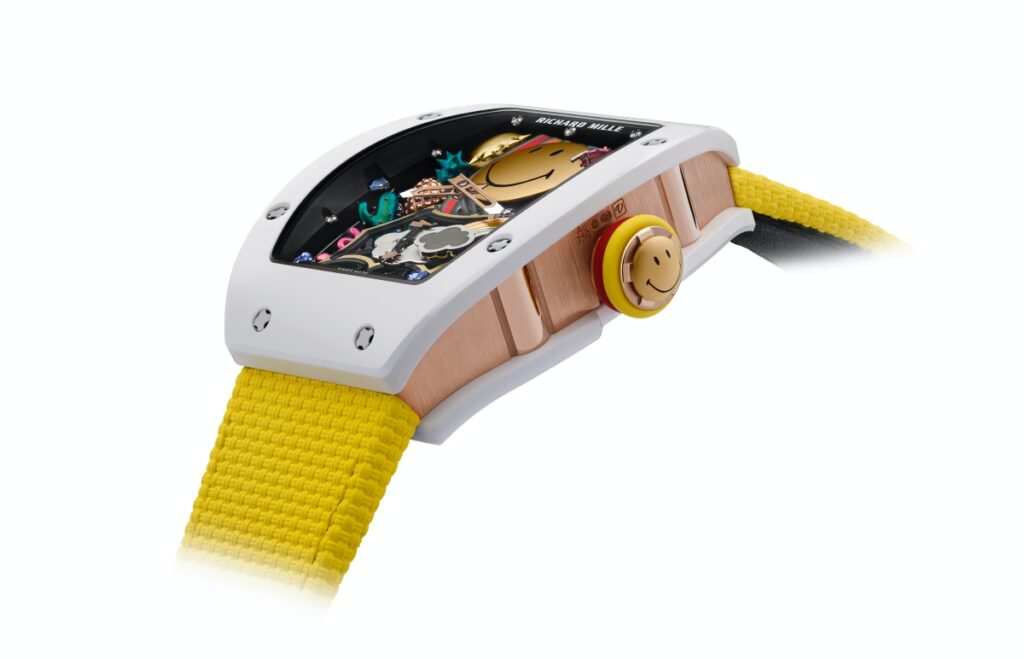 But we won’t kid ourselves; in spite of its technical wizardry, it’s the adorable design of this fun timepiece that has us, well, smiling. 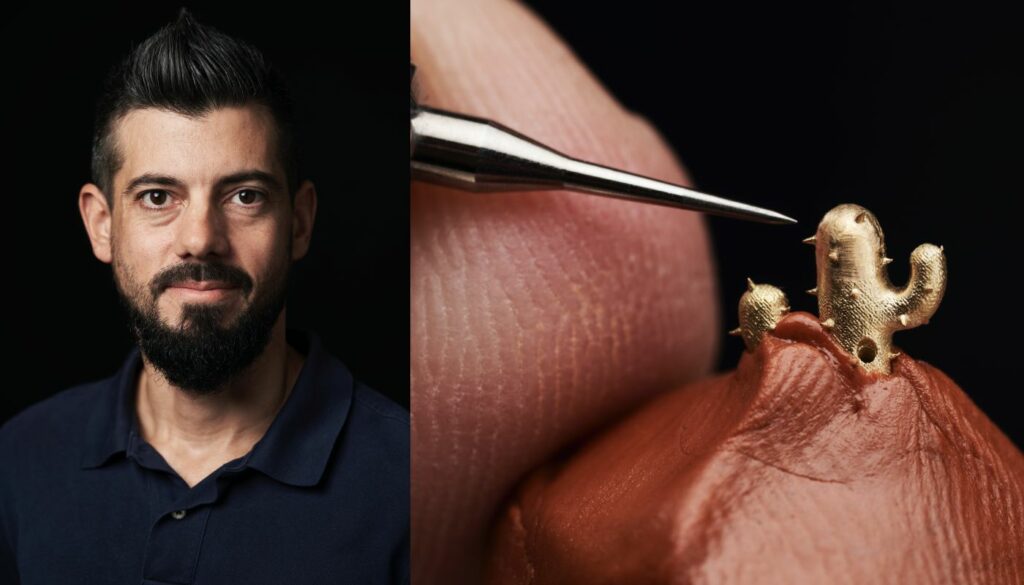 Artist Olivier Kuhn (left) working on one of the micro-sculptures (right)for the RM 88 Automatic Winding Tourbillon Smiley. Each sculpture weighs 1.0g or less.

The watch is festooned with decorative elements—gold micro-sculptures created by the engraver Olivier Kuhn, weighing less than a gram each—designed to be a cheerful manifestation of the Smiley world: a blossoming flower, warm rays of the sun, a delicious pineapple, a blooming cactus, a pink flamingo and a brightly-coloured rainbow (including a separate, smaller rainbow designed in four different types of gold). The model also has a figurative small-seconds hand that alternates between rain and fine weather. How can you not break into a smile when looking at this exuberant timepiece on your wrist? The RM 88 Automatic Tourbillon Smiley is a fantastical creation limited to only 50 watches. 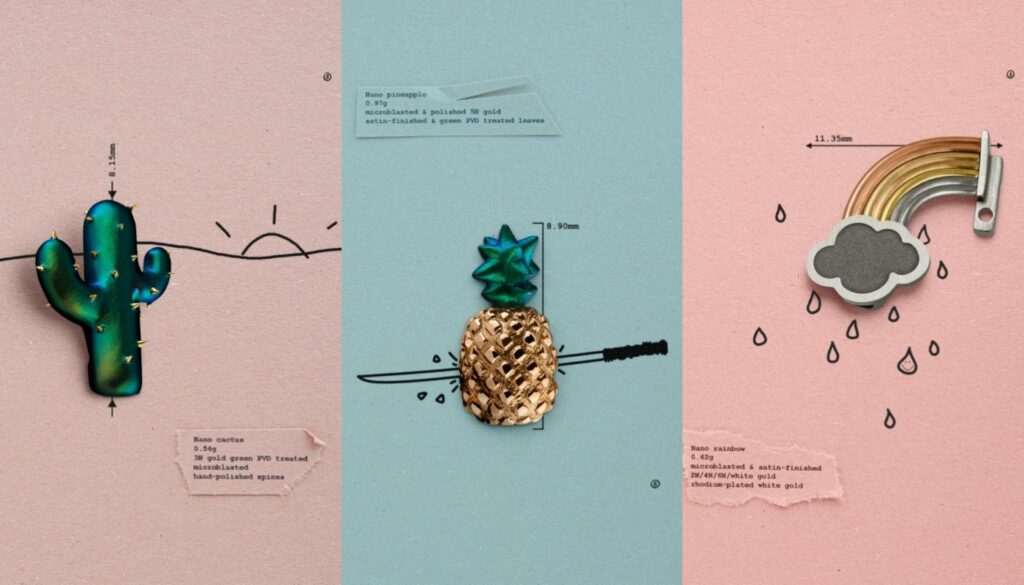 Find out more about the RM 88 Automatic Winding Tourbillon Smiley by Richard Mille at this link.