10 podcasts that have shaped the decade

Today, it feels as if everyone you know has their own podcast. Some are no more than vanity projects. But the very best do something that not even the most polished radio documentary can quite achieve: give full, idiosyncratic voice to personal enthusiasm.

When the podcast was invented, as far back as the 1980s, it was known as “audioblogging”. Then, with the advent of broadband Internet access and portable MP3s (and later) iPods or iPhones, access to them increased and demand skyrocketed. It was only in February 2004 that the term podcast was coined, in a Guardian article by Ben Hammersley. He wrote, “MP3 players, like Apple’s iPod, in many pockets, audio-production software cheap or free, and weblogging an established part of the internet; all the ingredients are there for a new boom in amateur radio. But what to call it? Audio blogging? Podcasting? Guerilla Media?” The universe settled very quickly on podcast. In 2004, the technology columnist Doc Searls tracked Google hits of the word and found 24 results. Exactly one year later, there were more than 100,000,000.

As we enter a new era of podcasting, Bazaar look back at those that have defined the past decade. 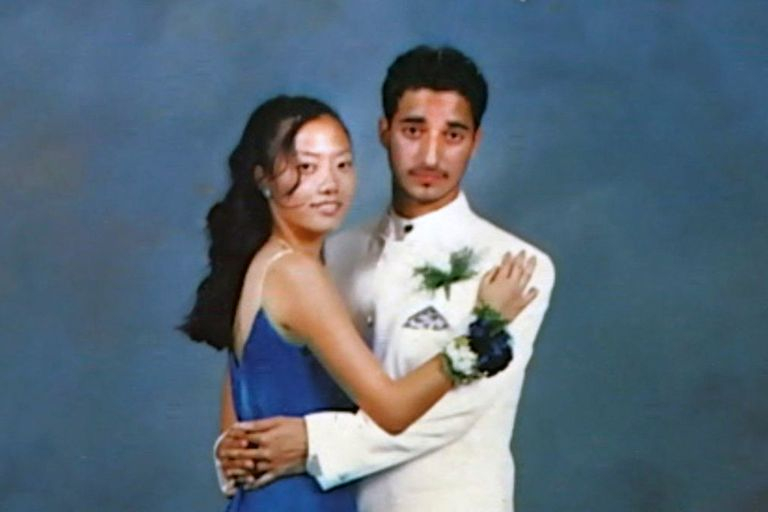 For many people,Serial was when podcasting became a phenomenon: the most downloaded podcast ever, with 420 million hits. An offshoot of American National Public Radio’s old warhorse This American Life, Serial was one of the first True Crime podcasts, telling a different long-form story each season over a number of 45-minute episodes. The first – which cast doubt on the conviction of Adnan Syed for murdering his ex-girlfriend Hae Min Lee – was a sensation: it fuelled Syed’s appeal against conviction, originally denied, and then upheld on further appeal. As well as spawning countless imitators, some great, some terrible, it won the first Peabody Award to be given to a podcast, and became the first podcast to have podcasts made about it. Serial showed that even an old dog like NPR could learn pretty impressive new tricks.

Wikipedia, Dyson, Glossier, Airbnb … What do the companies we all know and use – some of them every single day – have in common? A human being who had an idea. How I Built This by NPR tells the stories of the entrepreneurs who really and truly made it. Hosted by Guy Raz, who weaves through with ease the stories of the companies (it’s surprising how much honesty and information they give), it teaches that there’s no such thing as luck without sheer hard work. Jimmy Wales, the founder of Wikipedia, is according to Raz, “quite possibly the least rich internet Titan in the world”, because he wanted to make a website that would help people without being swayed by the pull of profits. The podcast takes you through the stories behind billion-dollar businesses and reveals the human element: the years of debt, the projects that went so badly wrong, the times that founders were laughed out of investors’ offices – which makes the eventual extreme success all the more satisfying. And, it makes success seem possible. As James Dyson says in his episode, “When you feel like giving up, is precisely the point that everybody else gives up. So, it’s at that point you must put in extra effort. You do that and then success is literally just around the corner.”

This one came from the heart and the gut. Finished copies out on 4th April! Thank you darling @dollyalderton and @jesskatbee for the beautiful quotes. I do not deserve you but I’m so thankful that, thus far, this seems to have escaped your notice.

Hosted by the author Elizabeth Day, How To Fail explores why moments of failure can actually lead to ultimate success. The formula works as follows: Day brings on a stream of ostensibly self-evidently “successful” guests, and discusses key moments of their life they consider a failure. For something so simple, the resulting conversations are tender and uplifting. Some episodes are clear winners – Alain De Botton talking about death – while others are more surprisingly heart-wrenching, notably Camilla Thurlow, a former Love Island contestant, discussing her PTSD after her time working as a bomb disposal expert. Another moving tale of love is the episode with Elle’s Editor-In-Chief, Farrah Storr. Her account of the start of her relationship with her husband, the novelist Will Storr – a failed first date that against the odds turned into a close friendship, growing into love through winding walks through London in the early hours of the morning – is a romantic comedy screenplay begging to be made.

We found our own little Red Light District 🚨 Sunday night was a blast – dank je, Amsterdammmm. And dank je to @hotelsdotcom for giving us somewhere to rest our little heads #PornoLive #Ad #WeWhoTravel

Who doesn’t love Modern Love? The New York Times turned one of its best sections, which charts love stories from the astonishing to the ridiculous – always with a different slant on the elusive concept – into a brilliant podcast. Launched in 2016, these are like the very best bedtime stories. Each brings the written essay to life through familiar voices – some of the most famous actors in the world do the readings. In the last week Jake Gyllenhaal read ‘Nursing a Wound’ about a man recovering from heartbreak, and earlier this month it was Ruth Wilson with ‘Never Tell Our Business To Strangers’. Modern Love succeeds because it shows the breadth and the scope of the topic. The episodes are not soppy – nor even really indulgent. And it’s tricky to pin down the genre because love can be tormenting, deeply and painfully sad, or soaring and uplifting. Whether it is Greta Gerwig’s soothing voice reading ‘Sharing a Cab, and My Toes’, which begins ‘As I rode in a cab across the Brooklyn Bridge, a man I barely knew was sucking my toes …’ or the very first essay published, ‘Just Friends?’ read by Tony Hale, Modern Love shows us how universal even the most specific moments really are.

💐This week I’m talking to writer + actor @bronactitley about her friend Ciarra who died when she was twenty-five. As ever we’re talking grief, letting go + how not to deliver a wreath 💐 . . You can listen on @acastuk or download on @applepodcasts 🎧

Cariad Lloyd is an actor, comedian and writer. She has appeared in Peep Show, Have I Got News For You, Qi, Siblings, Would I Lie To You? Murder in Successville and Inside No.9. But her most striking creation is Griefcast, shining a bright and at times uncomfortable light on the last great taboo: death. Lloyd lost her own father when she was 15, which gives her keen insights and makes her a sympathetic interviewer. It also drives her campaign to make grief something that can be talked about openly, in conversations that range from angry to funny. Most of the guests are comedians: they have included, Aisling Bea, Robert Webb, Adam Buxton and David Baddiel – the latter two of whom are enthusiastic podcasters in their own right. Griefcast recently cleaned up at the British Podcast Awards, and deservedly so.

In 2015, there was a perfectly normal General Election, and for a few weeks Cambridge University’s politics department ran a podcast, Election, with its professors promising bravely to make sense of it all. But then, across the world, politics took a turn for the strange. Election turned into Talking Politics and kept on going with a new slogan: “Corbyn! Brexit! Trump!” The host, the velvet-voiced David Runciman, wears his learning lightly, serving mainly as a probing interviewer. His main foil, the political economist Helen Thompson, provides bracing doses of realism. Because of the Cambridge base, impressive guest experts on anything from Constitutional Law or EU treaties to the politics of Italy are only a bike ride away. By now, the podcast has become a vital set of instant reactions to the rise of Populism, further informed by striking echoes from the recent and the deep past.

Backlisted brings new life to old books. The hosts, publisher John Mitchinson and critic Andy Miller, are master storytellers, effortlessly able to pinpoint the fascinating background of what might sound like justly-forgotten novels while maintaining deceptively free-flowing conversations with their guests. The Backlisted Effect can be remarkable: second-hand prices of out-of-print novels suddenly spike; books are suddenly dragged back into print by revived interest (David Seabrook’s All The Devils Are Here was one example); booksellers offer Backlisted-themed table displays. The podcast has frequently championed women authors who have been unfairly overshadowed or neglected, from Elizabeth Taylor to Penelope Fitzgerald to Anita Brookner. Mitchinson and Miller have also argued for the reclamation of Jilly Cooper and Georgette Heyer, alongside encouraging listeners to read millions of words by Proust or all 1,000 pages of The Anatomy Of Melancholy. Recently, quietly, Backlisted passed a million downloads – not bad for a podcast so resolutely literary, so defiantly non-glossy.

✨M✨E✨R✨C✨H✨ has landed from The High Low! Buy berets, t-shirts, sweatshirts, tote bags and notepads from www.thehighlowshop.com. Place your order before 18th December and you’ll get it in time for Christmas. 10 percent of profits go to Women’s Aid. For any questions about merch, use the contact button on the site rather than Instagram DM. Link in bio.

Current affairs meets random bouts of hilarity in The High Low. Hosted by Pandora Sykes and Dolly Alderton (at this point basically household names), the podcast was started in 2017, in homage to the Vanity Fair editor Tina Brown, who in the 80s coined the term ‘high low journalism’ to describe how high culture and low gossip could share the same space. In a single episode the pair can go from ridiculing the most ludicrous press releases (Christmas stat), to interrogating Prince Andrew’s interview with Emily Maitlis to the cancellation of the Victoria’s Secret fashion show. It’s also a podcast that celebrates female friendship – one that shows how conversation and shared interests continually enrich lives. Their book or other podcast recommendations (how meta) are worth taking seriously – several books I’ve read following their conversations have become favourites, including The Opposite of Loneliness, a collection of short stories and essays by the Yale graduate Marina Keegan, who was killed in a car accident just five days after she graduated. The High Low redefines what it means to have a conversation about current affairs – it shows that humour has an equally valid place at the table.

Yes, you have definitely seen your friends’ (and acquaintances’) ‘Decade Wrapped’ feature circulating the internet… and just this week Spotify have announced the launch of a podcast looking back at music from the last decade. For each episode host Eric Eddings will be joined by guests, including critics, comedians and writers, looking back at the moments that defined pop culture. Spotify have crunched their data to identify the biggest hits, from Psy’s Gangnam Style, (also one of the most-viewed videos on YouTube), with more than 205 million streams since its debut in 2012, to Despacito with a whopping 1.3 billion. Over the course of 10 episodes, each year in music will be take its turn, from the early 2010s when Lady Gaga was singing Poker Face, to this year’s irresistible rise of Lizzo.