14 Unexpected Signs A Marriage May End In Divorce 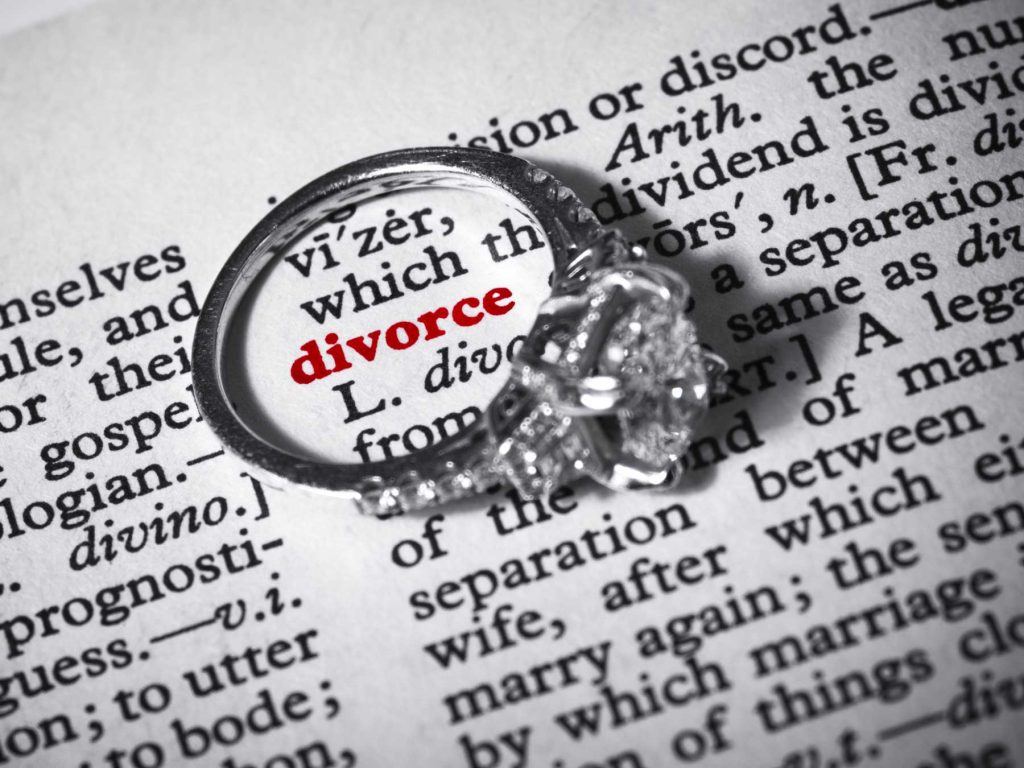 1) The bride had pre-wedding jitters.

If the future Mrs. has cold feet, the couple’s risk of divorce more than doubles, according to a study published in the Journal of Family Psychology. The good news? A groom with “I do” doubts has almost no impact on the future of the marriage.

Sure, conventional wisdom holds that getting married too early isn’t the best bet for a lasting union. “I often see couples in their 40s in counseling who got married too young and didn’t have experience with other partners or want different things now,” says Rachel Sussman, a licensed psychotherapist and relationship expert. “Because there’s a very good chance that in 10 or 15 years, you’re going to be a very different person — and you should be.” But a new study says that after age 32, a couple’s risk of divorce increases by 5% each year they wait to wed. Sussman attributes this to entrenched independence and a need for space.

3) A family has two daughters.

Sadly, it ups your chances to 43%. And even just having one daughter makes you 5% more likely to split, according to Columbia University economist Kristin Mammen. Parents with two sons, in contrast, face a nearly 37% risk.  “We think it happens because fathers get more invested in family life when they have boys,” Stephanie Coontz, author of Marriage, a History and director of research for the Council on Contemporary Families, told The Daily Beast.

4) Divorce runs in the family, so to speak.

If your parents divorced, you’re at least 40% more likely to do the same. But if they got remarried, you have a staggering 91% likelihood of getting divorced.

5) A challenging child challenges a marriage.

Parents who deal with a child’s ADHD diagnosis are nearly 23% more likely to divorce before the child turns 8.

Money woes are an obvious marital stressor. Not only do many divorce risk factors correlate to poverty, but marital happiness dramatically decreases as couples don’t pay off their debts or take on new ones. And when one person is the big spender, according to one study, divorce can be 45% more likely. (Only extramarital affairs and substance abuse were stronger predictors!)

“There can be a problem when one partner works or just has a significantly bigger salary, and the other spends an exorbitant amount of money. Fighting over the Amex bill every month is just a dumb fight to have. They’ve got to be on the same page, and I think setting a budget is key,” explains Sussman.

7) The groom frowned in his childhood snapshots.

In two separate studies, psychologists evaluated peoples’ childhood and yearbook photos and then evaluated their current marital health. Their findings? People who frown in photos are five times more likely to divorce than people who smile. (Yes, this one’s especially, well, far-fetched.)

8) One partner smokes – but the other doesn’t.

When only one person in a relationship smokes, they’re 75% to 91% more likely to split than smokers who are married to another smoker. Why? “Different values and lifestyles can be problematic,” says Sussman.

9) The family’s first child was born less than 8 months after the wedding.

So, a shotgun ceremony is intuitively not the best way to start your union. But did you know it makes you 24% more likely to call it quits?

10) The couple shacked up before marriage.

Sure, cohabitation has been credited for decreasing the number of divorces overall. (One theory is that because couples who might otherwise divorce test the waters and fizzle beforehand, the couples who do marry are more committed.). But it’s still not necessarily helpful once you do wed: Multiple studies say living together pre-nuptials gives couples about a 12% higher probability that their marriage will fail.

Yes, certain occupations have higher divorce rates — and not just police and military personnel. Dancers and choreographers have a 43% divorce rate, according to a 2009 study in the Journal of Police and Criminal Psychology. Bartenders split from a spouse 38% of the time, while nursing, psychiatric, and home health aides face an almost 29% divorce rate.

12) The wife makes more money than the husband.

Marriages where spouses earn roughly the same amount are more at prone to divorce than those where the wife earns less, according to a Swiss study of U.S. couples. And if the wife makes 60% or more of the family income, the risk of divorce is double that of couples where she doesn’t work at all.

Unfortunately, women who are one to three years older than their husbands are 53% more likelyto end their marriage. According to the Australian paper, age disparities either way are associated with higher risk, especially if the man is younger. The study suggests it may be “due to differences in values associated with birth control, or marital strain caused by power imbalances within the union.”

Think you’re smarter than your spouse? By far, the biggest predictors of divorce are found in couples’ attitudes to each other. Famed researcher John Gottman claims to be able to predict a couple’s chances with 93% accuracy, based on four key traits which include being defensive and constant criticism. But he says the “kiss of death,” is contempt and seeing your partner as beneath you.

“It’s constant anger and disgust, passive-aggressive digs, eye-rolling, and yelling at your partner,” says Sussman. “When couples do that in a session, I say the research shows that if you keep doing that, there’s a really good chance you’re going to get divorced.”