The Art of the Retort 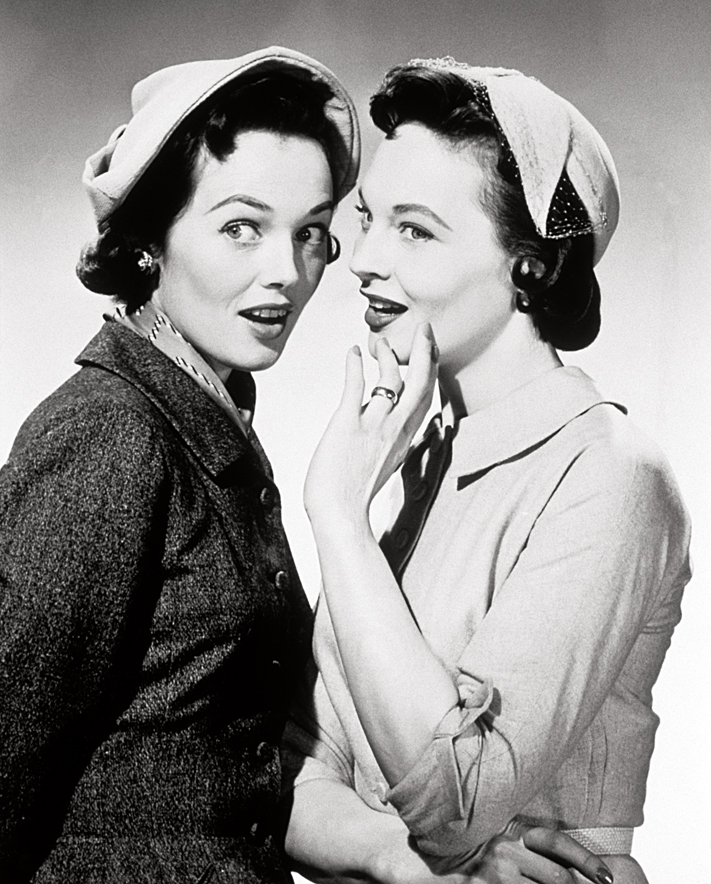 I was a short 12-year-old in a thin dress walking  home one summer day in London when a man drew up alongside me in a car, rolled down his window, and asked, “Would you like to come home and see my cock?”

“You can’t keep chickens in London,” I said.

Now that I have your attention, we can agree that this spontaneous bit of sass probably saved my life. His intentions were clear. He might not have killed me, but meeting his fowl would have left scars. I’d never used the word “cock” in that way myself, but it called up a barnyard scene that allowed me to play a literal-minded enforcer of urban wildlife standards.

I turned a predator into the stooge who fed me my first great line. He didn’t laugh; he fled.

This sums up the four basic tenets of repartee, which is not comedy but wit. One, wit is a response. Two, wit must contain no aggression. Three, wit must be fresh. Four, wit must be uttered with an innocent sincerity that turns reality on its head.

One: A witticism is a spontaneous reaction to a circumstance. A quip never refers to anything that is not happening right now, and cannot begin with “By the way … ,” “The other  day … ,” “When I was a child … ,” or non sequiturs such as “I always thought dandelions were onions.” The quip must magnify the absurdity of the Here and Now, which requires some discipline, even training (see Three).

There are shortcuts. The mode of arch correction is a useful standby that puts the interlocutor in his place by taking what he says as a literal truth and then slinging a rule at it. I used it on the paedophile. Margot Asquith, Countess of Oxford and Asquith, used it on Jean Harlow in 1934. When Harlow insisted on calling her “Margotte,” Asquith retorted, “No, my dear, the ‘t’ is silent, as in Harlow.”

Two: There is nothing witty about expletives, aggression, or meanness. The underlying core of all human passion is frustration laid thick over the inability to live out the seven deadly sins, but any attempt to address that subtext to prove how wise you are to human flaws takes you straight into bad acting. “I know what you’re doing, you pig!” lacks élan, and, if paired with “Who do you think you are?” becomes a script for a long-dead soap opera. Add in “Bastard!” and “Bitch!” and you have wit-free second-year acting class where default anger and outrage sink improvisation into dreary re-enactments of domestic violence. Great improvisation, such as Action Theater, teaches you that the richest material comes from playing off a close observation of what the other person is doing or saying. Action Theater teaches you to think not only on your feet but with your eyes and ears and hands and the tips of your hair. You learn that you ruin the entire process if you use anything you’ve thought of before you stepped onto the stage. That’s exactly why I can’t give you any example; you have to be there.

Aggression is simply ugly, and will turn people against you. The first press conference I ever attended was for Groucho Marx. I was very young; he was very old. Someone made me stand on a chair and wave my hat to attract his attention. I had a clever question. I asked, “Mr. Marx, what makes you laugh?”

He waggled his eyebrows, twirled his cigar, and said, “Dumb broads like you who ask me stupid questions like that.”

I froze standing on the chair, but Groucho Marx lost the room. Half the audience walked out.

The only things that should be publicly disparaged are the things you own that cost more than the things your friends own; do it before they do.

Three: Recycling will save the planet but is the death of wit. The best lines are best used once. Others can repeat your good lines, but you cannot. Quoting yourself is as bad as saying “I’m beautiful.” I broke that rule at the top, but in my defence, the story happened a long time ago and in another country.

The French call wit “esprit” – spirit – and it is the spontaneous capture of some invisible entity flashing past, nothing more. But people get attached to the memory of the laughter they provoked, and can’t resist bringing back their greatest hits. You can tell when this type is preparing to deliver the favourite bon mot; the mouth starts to work back and forth as if around a dessert, tasting it, and you get the foretaste of bore. It’s all about them, not about the moment, and it’s called Shtick.

The lonely wit must be sincere, unguarded, true. Anything really funny that is going to come out of your mouth won’t be the result of calculation, research, product testing, rehearsal, dry runs. It will be the kiss of
the flying spirit.

Four: Don’t be too smart. Show-offs depress and irritate. It’s always better to act a little dim and react only to the face value of the line you’re given, the question you’re asked. Talk like a visitor, or a very minor official. Deliver your quip without passion, as a stray thought, with the detachment of a general lecture on the workings of the world. When Oscar Wilde announced at the New York Custom House, “I have nothing to declare except my genius,” I hope he said it in a slightly abstracted tone, wondering where he’d actually put the contraband. Wilde never wrote those words; they were reported in a 1918 biography.

Wit is unreliable. You don’t own wit; wit owns you, but the unpredictable nature of its elves and gremlins creates precarious circumstances that often sentence the truly witty to bohemian lives. Take the late poet Rene Ricard, once a Warhol Factory boy and later the champion of  Jean-Michel Basquiat, whose repartee was on a par with his exquisite  eye but too sharp to serve ambition or comfort powerful friends.

Rene and I were standing outside New Jimmy’z in Paris in the ’70s, his make-up running and his undershirt stained with sweat after a long night of dancing, when he wailed that he wanted a man. Within a minute, as if summoned, a man drove up in one of those flashy rare sports cars (it may have been a Mangusta), flapped up the gull-wing door, stepped out – which wasn’t easy, what with the door in the way – and came to stand in front of Rene, the gold chains around his neck glinting in the lamplight.

I pinched Rene’s arm – look, your wish just came true! But Rene found the car, the chains, and their owner vulgar. His good taste overrode his need, even before the man asked, “Combien?”

The man’s mouth parted in a smile. He could afford anything. He fingered his chains.

Rene held out five fingers of one hand and two on the other. “Seven francs,” he said. The man reeled as if punched, crammed himself back into the sports car, drew down his fancy space-age door, and sped off.

The story illustrates my point that wit is a flying spirit that animates improvisation. On that night in Paris, it was more important for Rene Ricard to demolish a stranger’s presumption than it was to get laid. Just like I had no idea that this little essay would end as it began, with a tale about a man in a car cruising for sex, and a sharp tongue that sends him flying. But it’s the story the gremlins of wit wanted told. I myself had nothing to do with it.