“Where’s Karl?” Is The Book You Need In Your Life 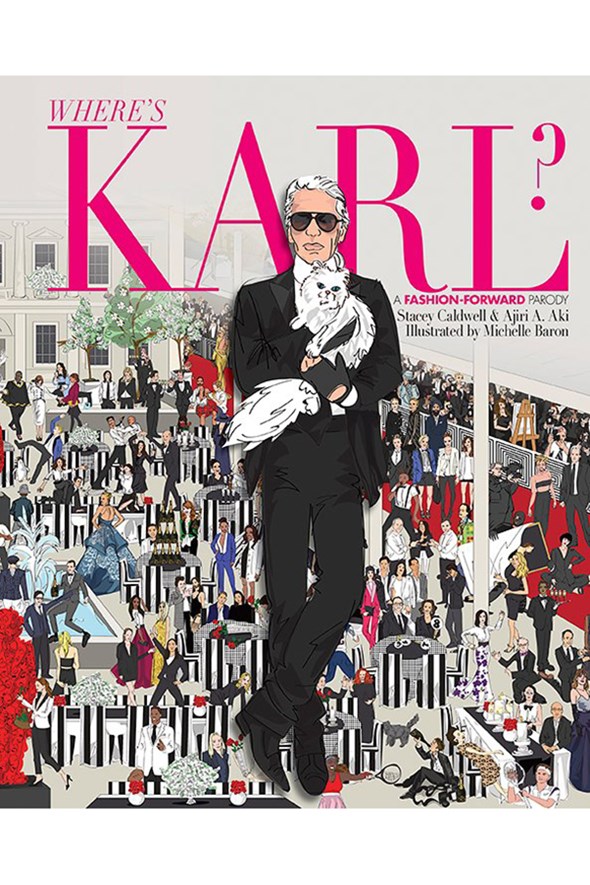 The fashion industry has a reputation for taking itself too seriously, so it’s always refreshing when someone willing to laugh at themselves emerges from the ranks (An explanation for Cara Delevingne’s stratospheric influence, no?). Case in point: “Where’s Karl?”, the fashion world’s answer to “Where’s Wally” and the next addition to your coffee table.

The book, dubbed a “Fashion-Forward Parody” is the lovechild of Stacey Caldwell (Thakoon’s vice president of global wholesales) and fashion video producer Ajiri Aki. Caldwell was inspired to create the book after spending many a summer trying to spot Kaiser Karl in his hometown of Paris.

“Where’s Karl”, illustrated by Michelle Brown, tracks Florence de la Sabina – a fictional fashion blogger – around the world and to every fashion event known to man, hoping to find the white-haired icon. Along the way: several fash-pack cameos including Alexa Chung, Mary-Kate and Ashley Olsen and Phoebo Philo – Grace O’Neill