Bhutan Royal Tour: Meeting the “Will and Kate of The Himalayas” 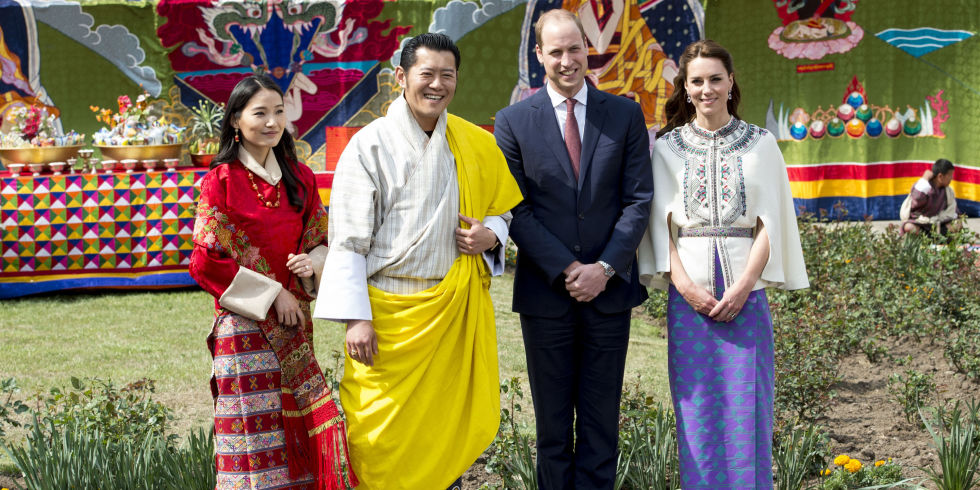 The Duke and Duchess of Cambridge continued their Asian tour today, meeting with the royal couple who have become known as the “Will and Kate of the Himalayas.” King Jigme Khesar Namgyel Wangchuck and Queen Jetsun Pema of Bhutan are beloved for their youthful spirit and sweet romantic union. Here’s what we know about the handsome pair.

#1. They had a non-traditional courtship. 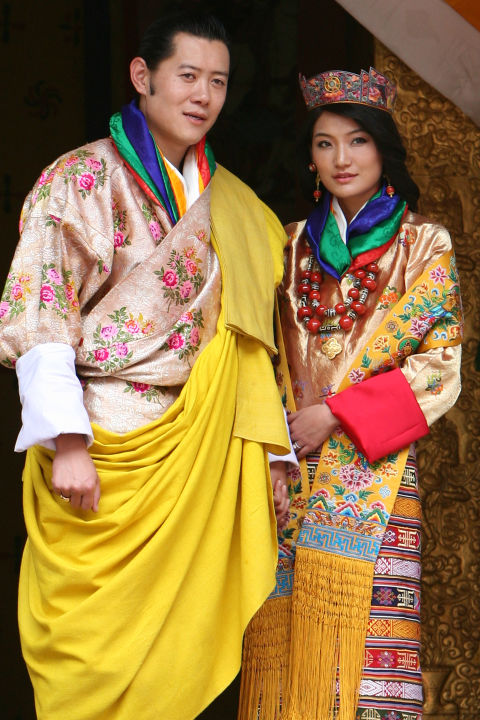 Like Will and Kate, the couple married in 2011 after a brief engagement. Before tying the knot, they apparently dated for about three years and lived together. Breaking protocol, the marriage was not arranged, and King Jigme renounced his right to have multiple wives prior to the wedding, vowing that Jetsun would be his only bride.

#2. They’ve been known to indulge in some eyebrow-raising PDA. 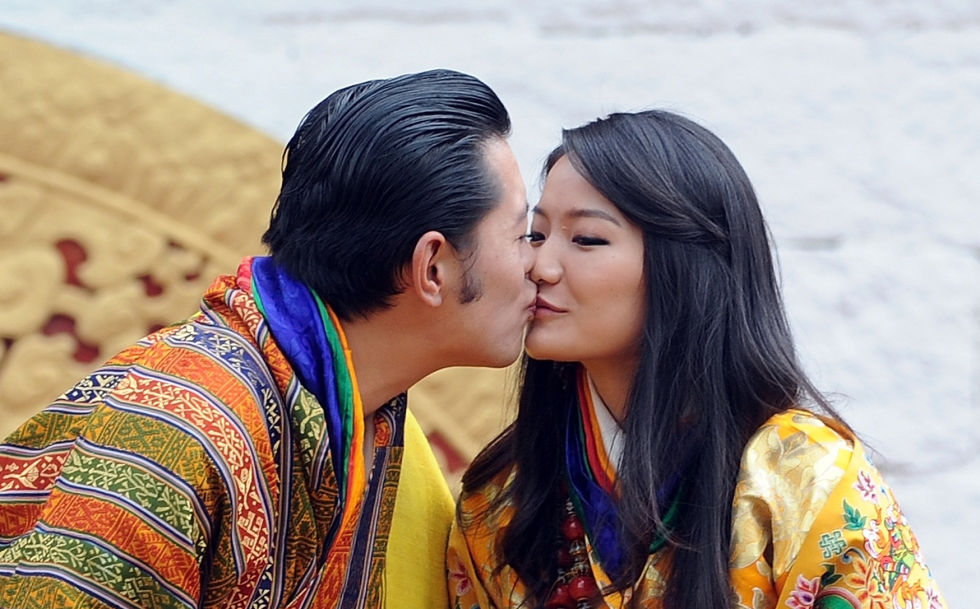 Public displays of affection are typically frowned upon in Bhutan, but the pair are often spotted holding hands and even shared a kiss in front of some 30,000 well wishers after their wedding ceremony.

They welcomed their first child in February. As per tradition, the baby boy has yet to be named. 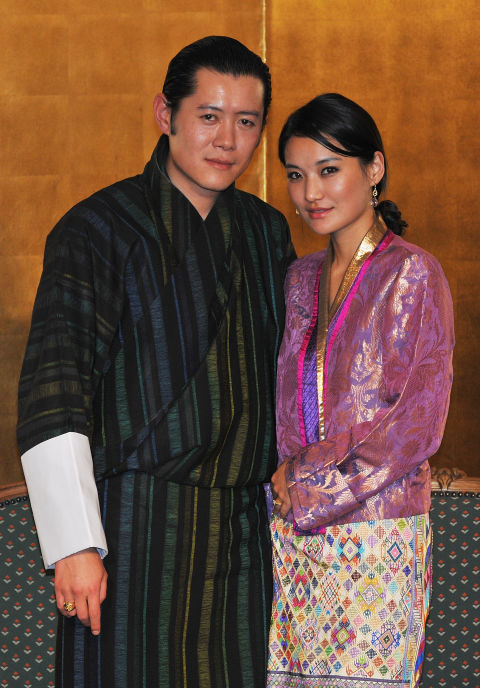 Both are internationally educated (he studied in the UK and US, and she attended schools in India and England) and share a love of basketball. Jetsun was the captain of her school team, and Jigme is a big fan of the Philadelphia 76ers. 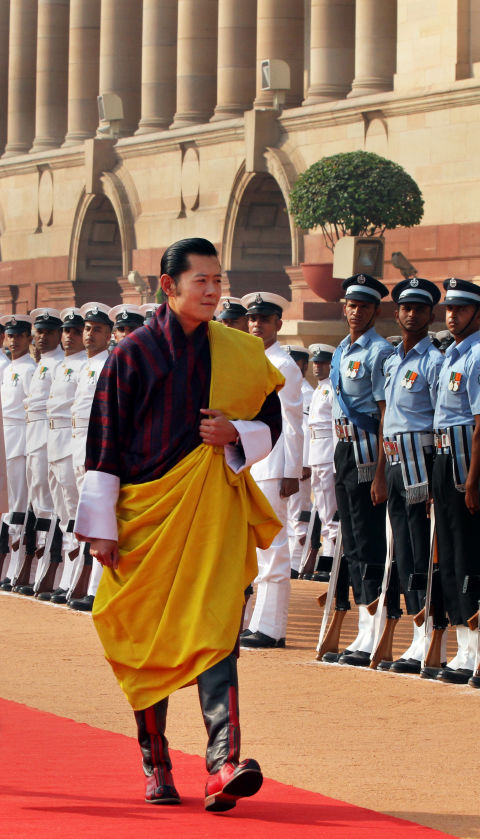 King Jigme, who is affectionately referred to as the “people’s king,” ascended the throne after his father’s abdication in 2006. He has stated his desire to modernize this traditional Buddhist kingdom, which is situated on the eastern edge of the Himalayas between India and China. In 2008, Bhutan went from being an absolute monarchy to a constitutional monarchy and held its first general elections.

#7. Archery is the national sport of Bhutan. 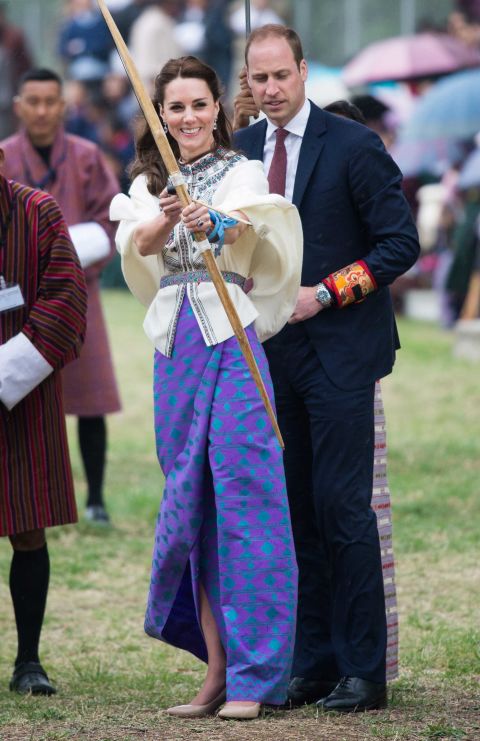 Ok, this bit of trivia doesn’t have much to do with the couple—it’s mostly an excuse to show you this picture of Kate wielding a bow and arrow. The kingdom takes it’s traditions seriously—they did not allow TV until the 1990s and tourists have only been welcome since the 1970s.

#8. Jetsun was not royalty. 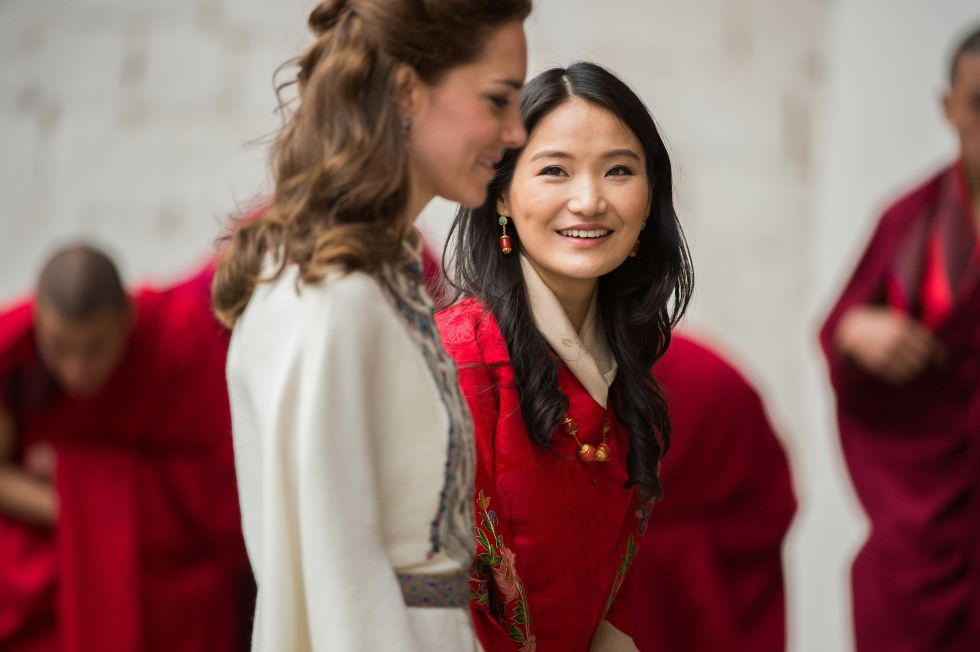 At 25, Queen Jetsun is the youngest queen in the world, and, like Kate Middleton, she was not born into royalty. Her fashion and beauty choices are well documented in the press, with the young monarch keeping her style classic and complexion glowing. 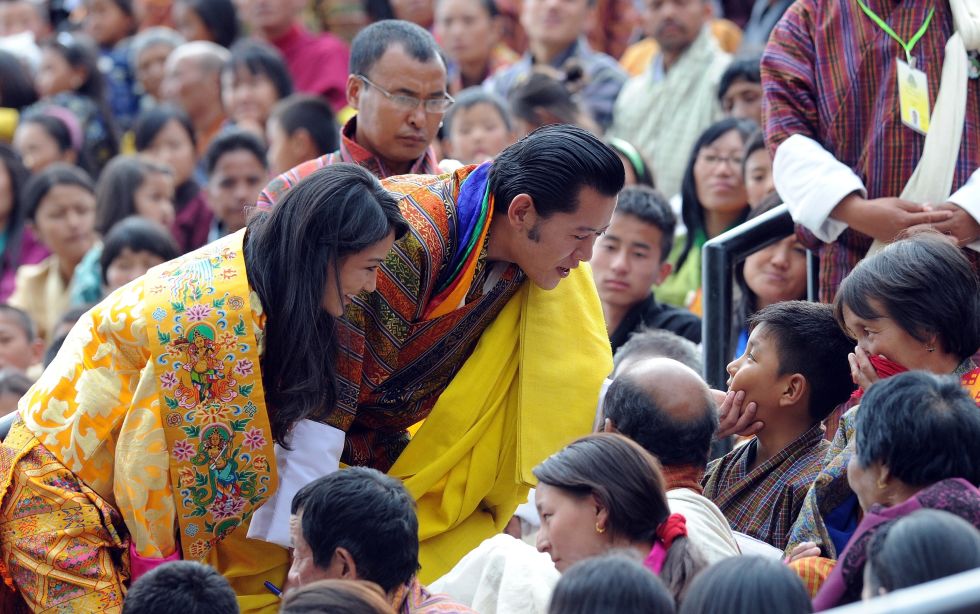 It has been reported that the couple lives in a modest home and often greet members of the public with a cup of tea. Child welfare and environmentalism are two causes close to their heart, with the queen serving as a patron of the Royal Society for Protection of Nature and the Ability Bhutan Society.