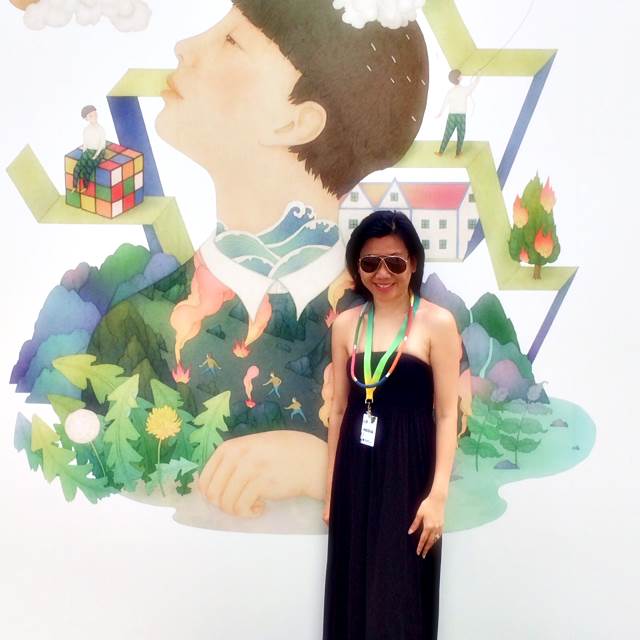 Renie Leng at the SWF 2015
Flying into Singapore for a whirlwind weekend of literary delights, aspiring poet Renie Leng presents you with her delectable soundbytes of the SWF 2015 (happening Oct 30 to Nov 8). Says Leng of her rich, textured experience — meeting writers, exchanging ideas over drinks — “Organised by the National Arts Council and directed by Yeow Kai Chai the festival offers a plethora of engaging panel discussions and talks by a stellar cast of writers from Indonesia’s Goenawan Mohamad to our own Pak Samad and transplants Shirley Geok-Lin Lim and Shamini Flint. Also in the mix are Singapore’s grand dame of literature Suchen Christine Lim (fact: Did you know she was born in Ipoh and used to roam the streets of Penang?) as well as international stars like Xinran, Omar Perez Lopez and Madeleine Thien. The grand finale next Sunday 8 November is the closing debate at the Chamber in the Arts House. The motion is “This House Believes that Singaporeans are not Dreamers” promises to be a scintillating end to the 10-day festival that is the SWF.” That alone is worth a weekend in the Lion City.
www.singaporewritersfestival.com