The striking transformation is for an upcoming series Pam & Tony, where actress Lily James plays Pamela Anderson. She first revealed the look on her Instagram account and the resemblance are mind-blowing. 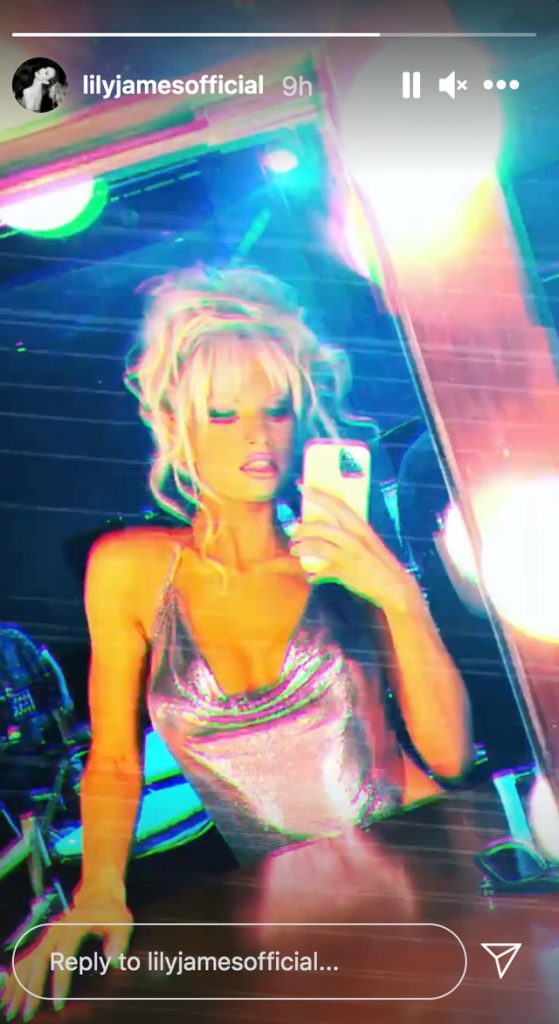 It’s such a change compared to Lily James previous role as Disney’s Cinderella. We love the look and can’t wait to get a glimpse of the new series. The photo she shared showcased her wearing Pamela Anderson’s signature dramatic eyeliner, blonde locks, and a low-cut leather top with the captions saying, “It’s great to be blonde. With low expectations, it’s very easy to surprise people.”

In another post, Lily James is seen recreating Pamela Anderson’s iconic look from the 2002 American Music Awards, where she was donning the trademark smoky eye, frosted lipstick, a bling silver chainmail top paired with a slit skirt.

The new series set to premiere on Hulu will focus on Anderson’s relationship with Tommy Lee, surrounding their sex tape scandal which went viral after the private movie was stolen from their home after their 1995 honeymoon. The scandal saw the couple sue video distribution company Internet Entertainment Group, and the case was eventually settled out of court.

Tommy Lee is played by Sebastian Stan who is well-known in the Avengers movies and recently reprises his role as Bucky in Falcon and the Winter Soldier on Disney Plus. Stan revealed his new look on his Instagram account.

Seth Rogan who is also an executive produced on the show will play the role of the man who stole the sex tape from the famous couple.

Pam & Tommy will be directed by Craig Gillespie, and the series recently started filming. There is no set released date yet, but it was announced that it will be an eight-episode limited series.