20 Celebrity Breakups Of 2015: From the Least to the Most Heartbreaking 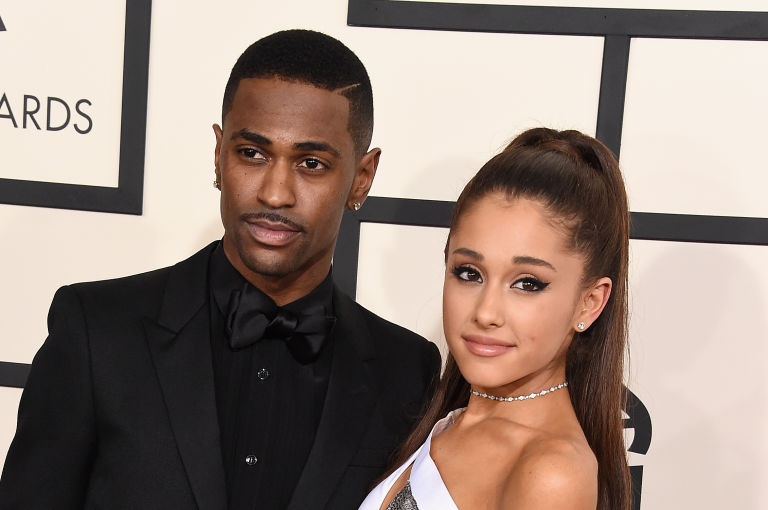 Allegedly, the final straw for these two was when he, apparently without her approval, released a song about—ugh, it’s gross even typing this—her “billion dollar p*ssy.” Ariana hasn’t had the best year herself (remember that doughnut-licking fiasco?) but she’s correct that this is a complete deal breaker. If you’re going to immortalise a lady’s genitals through music, at least be sensitive or euphemistic about it. So full marks, Ariana. Ditch that guy and never look back.
19. Charlize Theron and Sean Penn 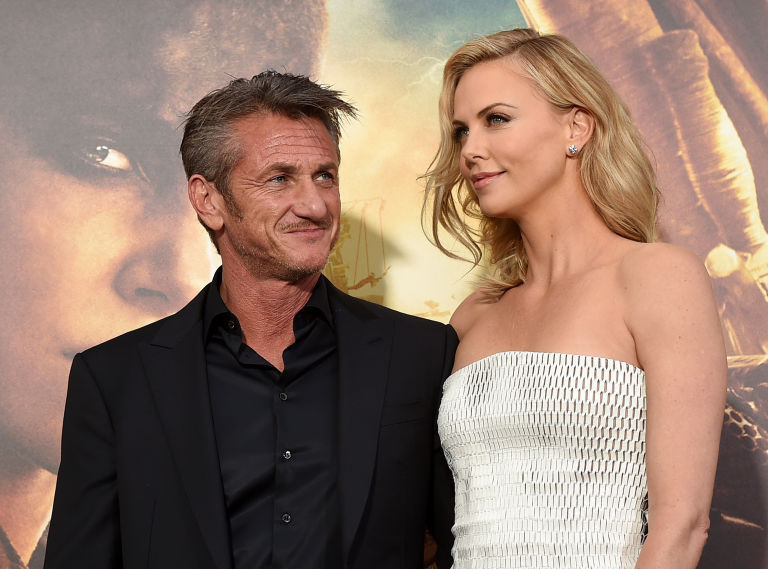 She’s better off without him, and we’re inclined to agree. And she ghosted him, no less. It was a million degrees in LA this summer and we still felt that chill. 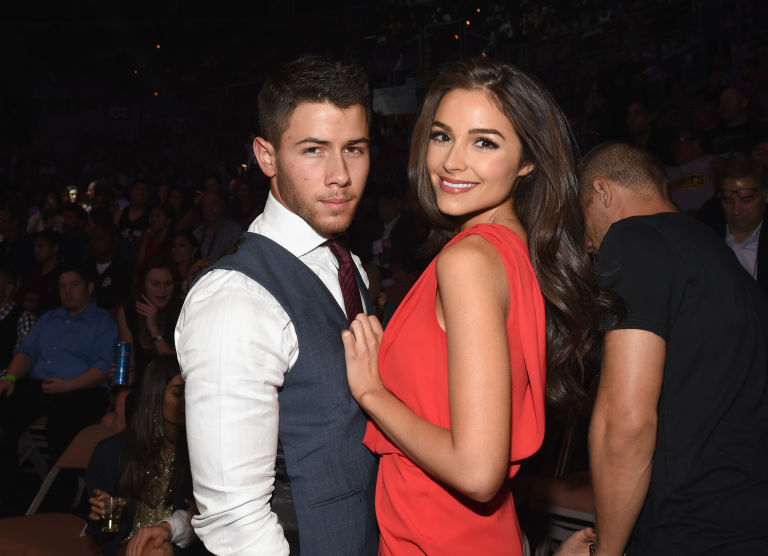 With all due respect to Olivia’s potential angst, it is really, really hard to be sad about a breakup that paved the way for those Nick Jonas/Kate Hudson rumors. Which are such great gossip that if you’d told us even two years ago that they would come to pass, we would have checked you into rehab. 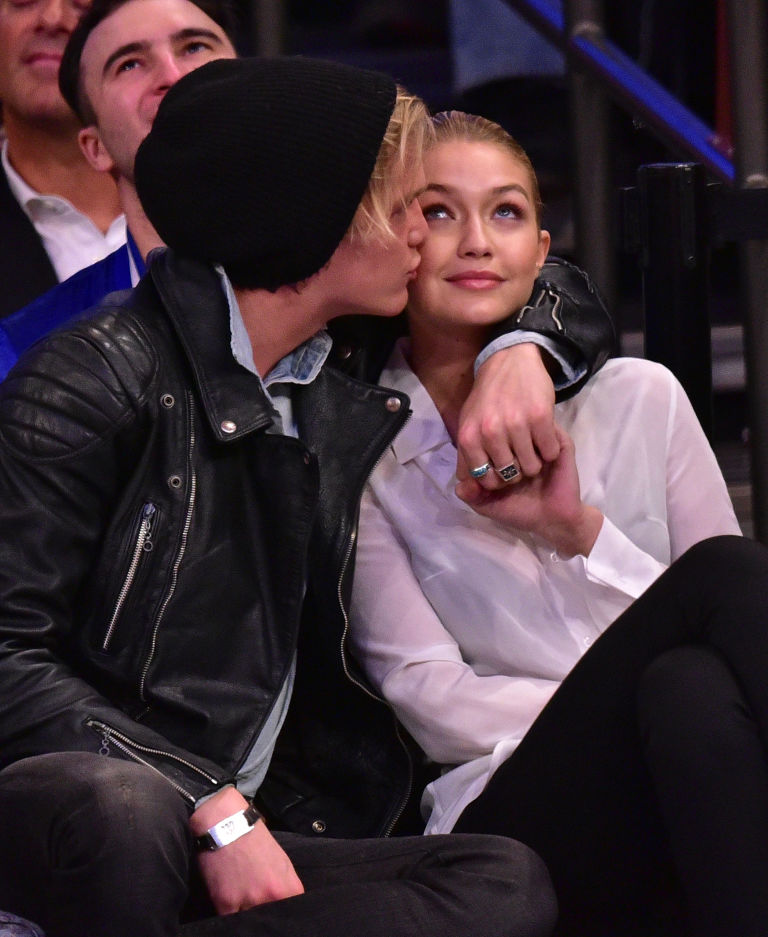 Rumor has it that Gigi broke up with both of these guys because she’s a hot young model and she thought it would be more fun to be single. That logic seems pretty airtight—but she now seems to have moved on to Zayn Malik. 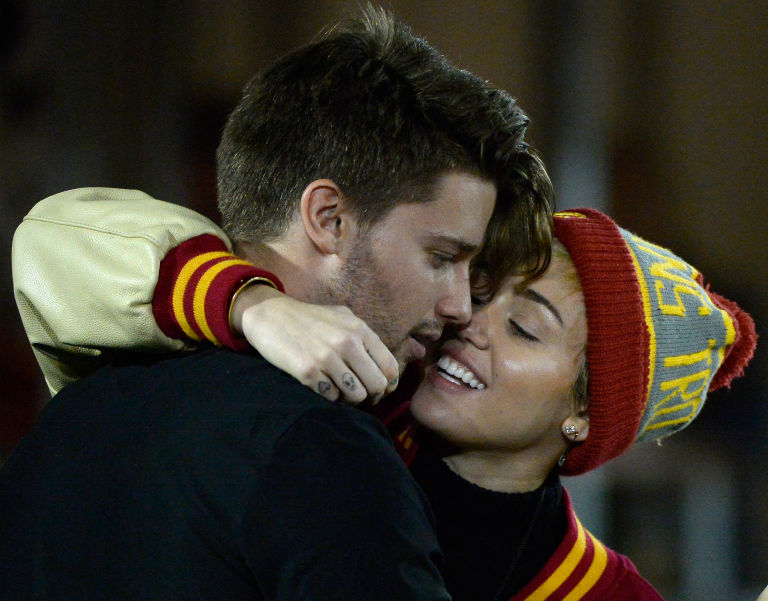 We’re still in the “whatever” section of this list. Because frankly, all we want is for her to get back with Liam Hemsworth. Is that so wrong? 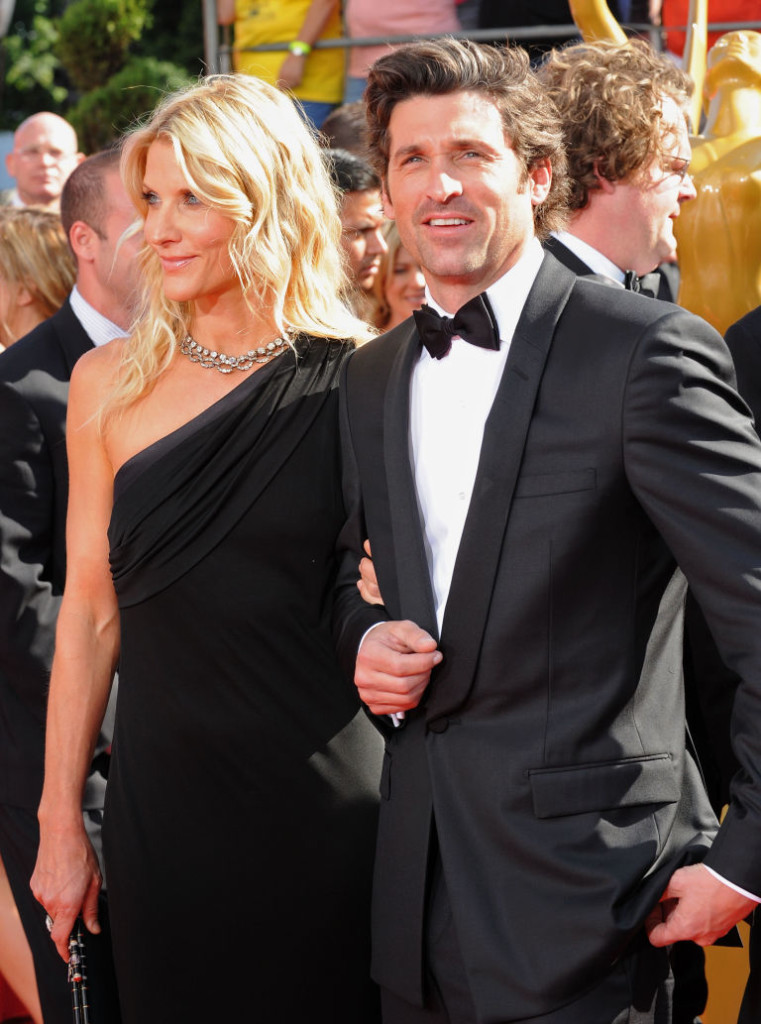 According to the tabloids, these two actually might be reconciling, and thank god,because the sheer number of longtime couplings that have dissolved this year is depressing—just wait until you get to the end of this list. Even more tired is that old classic Cute Actor Makes It Big And Then Blows Up His Life story. (Rob Lowe, hang in there with Sheryl Berkoff; your domino looks steadier every time another one of these falls.) 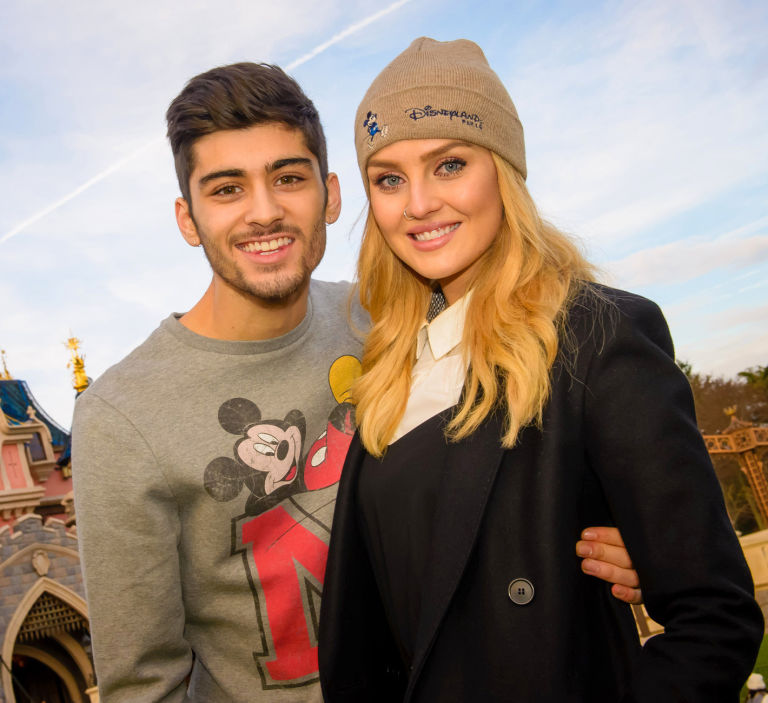 First he fractures One Direction, then he shatters his fiancée’s heart. IS NOTHING SACRED, SIR? 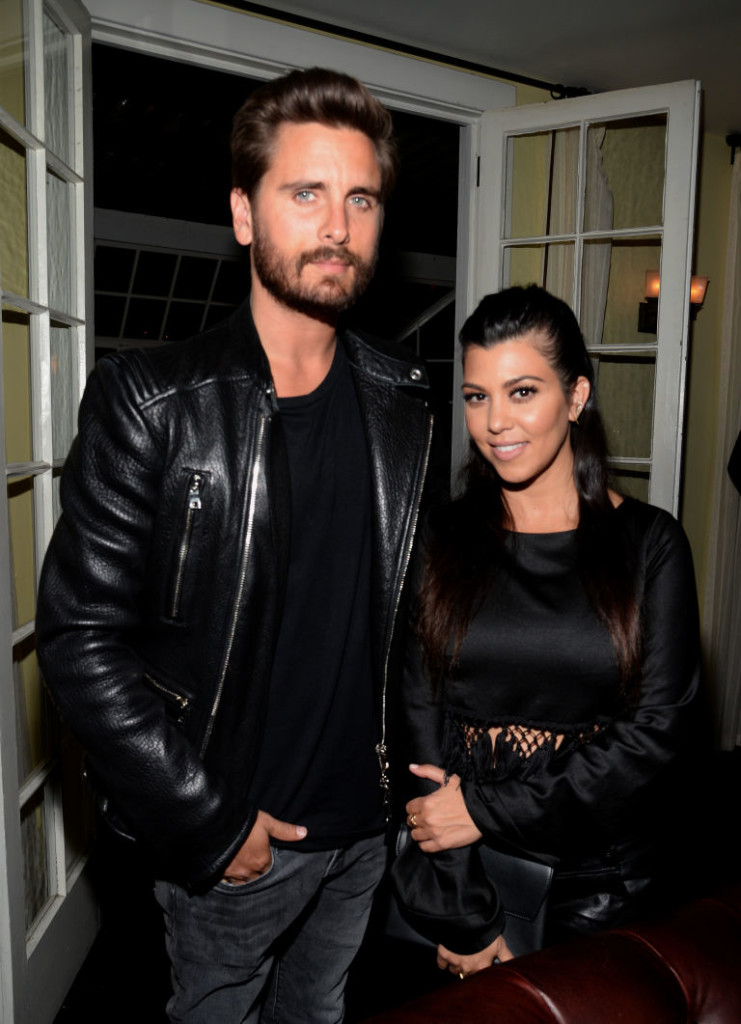 They are also rumored to be reconciling, but hopefully that isn’t true—because, frankly, their split was for the best (although it obviously sucks for the kids). Kourtney seems like an attentive mother and a competent human, and there is no way dealing with Scott’s shenanigans was doing anything but dragging her down. You could even argue that it’s possible this breakup might motivate that dude to pull himself together. In that sense, this is a win-win.

We admit we almost never gave these two a passing thought, and ergo were not particularly invested in them as a pair. But we’d like to see Halle Berry happy—she seems to reach for stability and always fall short. 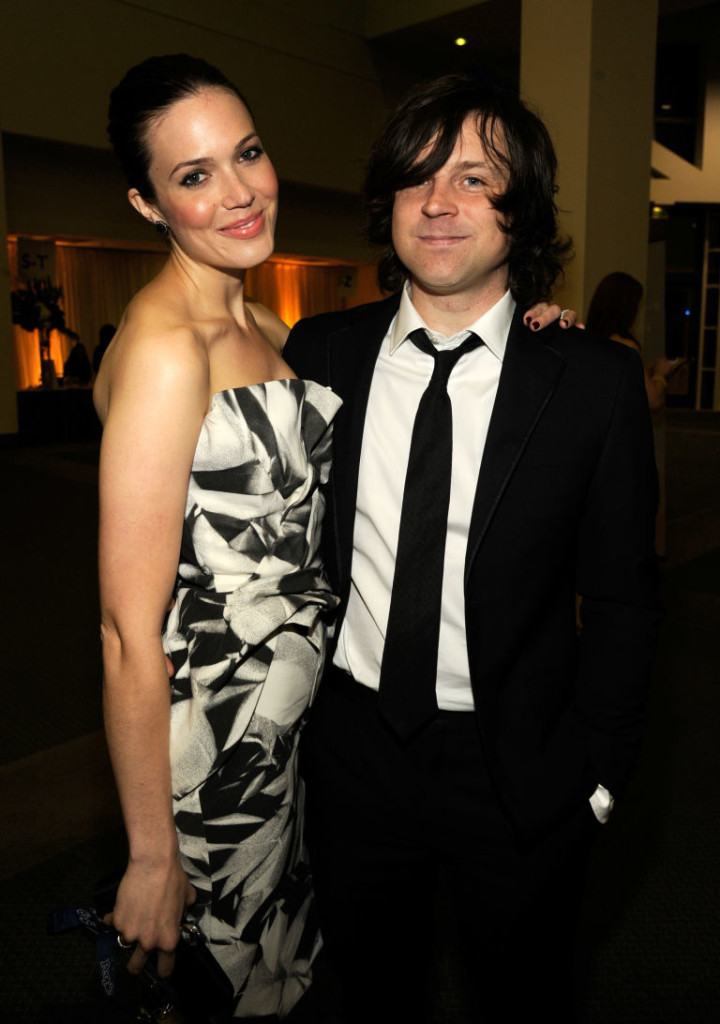 All right, this one had a little sting. We barely even knew they were dating or, later, remembered that they were married, because they were so supremely low-key. But there’s something quite sweet about that. So many celebs use their love life to rustle up press for themselves—if two celebrities aren’t shoving their joy in your face, it’s a safe bet that they’re actually just…super into each other. That the demon limelight of celebrity ostensibly didn’t kill this one—that the flame merely died out on its own—makes it almost sadder. 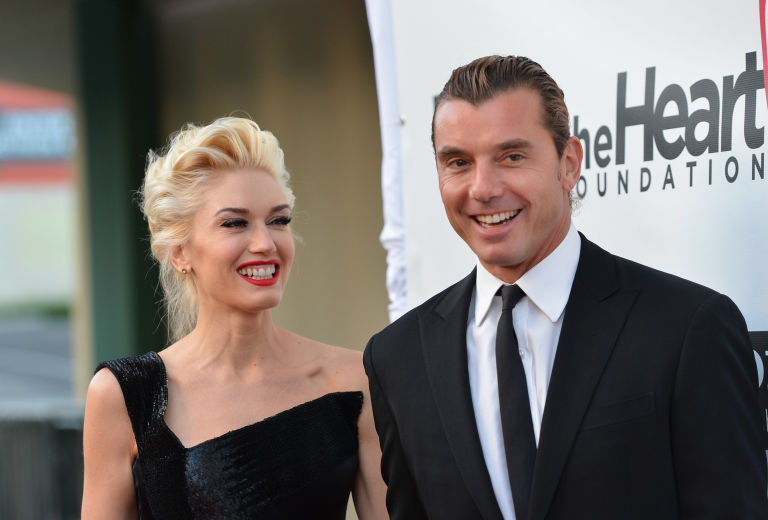 These two were married 13 years and together even longer, so you might be surprised they’re languishing in the middle here, but it’s because we always thought from day one that Gwen could do better. Way better. Their entire relationship was beset by rumors that he was stepping out on her.​ The only truly devastating thing here for us is the fact that uber-successful, glamorous, talented Gwen Stefani was married to a dude who didn’t seem to think any of that was sexy enough for his apparently insatiable loins. Luckily, we learned from the No Doubt days that nobody does a breakup song like Gwen. We can’t wait.

Did we think this marriage was going to make it to its golden anniversary? No. But that’s exactly why we were rooting for it to last. Their love-at-first-date story—girl meets boy, girl invites boy home with her, boy then moves in rather than ever leave—was deliciously appealing. Celebrities make rash decisions all the time, but hardly any of them are so upfront about it, and this total unbridled honesty lent the Cuoco-Sweeting union an interesting off-script quality. You could almost hear her team of advisors begging her to take it slow and maybe stop yapping about him so much, and imagine her waving away their concern as she made room in her den for his furniture and then planned another over-the-top party celebrating their love. For gossip’s sake, we wish more couples would wear their hearts on their sleeves this way. If only it had worked out for this one.

OK, fine, his name is Brian Austin Green. Technically. But good luck looking at him without imagining him playing a synthesizer in a blouse on ​90210​. It’s for that reason that we really rooted for this twosome. Because either Megan Fox saw him as he is and loved him deeply—romantic!—or she had the same problem we did, but simply didn’t care that she was hooking up with a dude whose dream girl was once Donna Martin. That’s also pretty romantic, if you think about it. 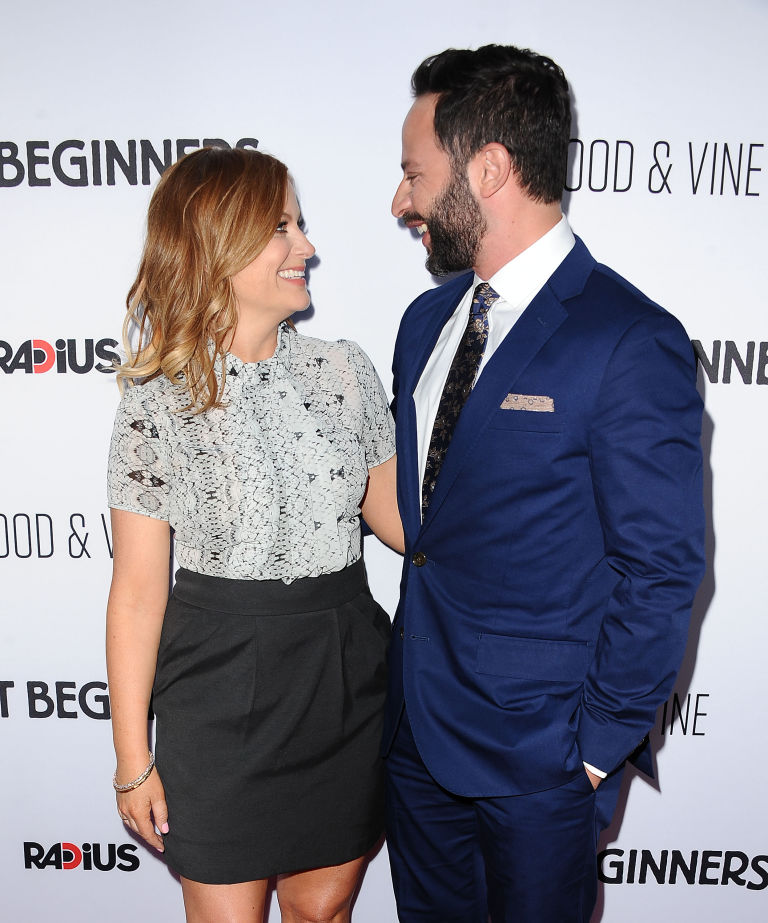 America loves a comedy couple and really loves Amy Poehler. If she can’t have her Parks and Rec paramour Adam Scott, we want her to be with someone else who is her funny, charming equal. It was sad enough when she and Will Arnett split, and now that Amy and Kroll are dunzo, with whom are we supposed to imagine her cracking wise over margaritas next to the pool? Oh, wait—Tina Fey, obviously. At least those two will never break up. Right? Right? 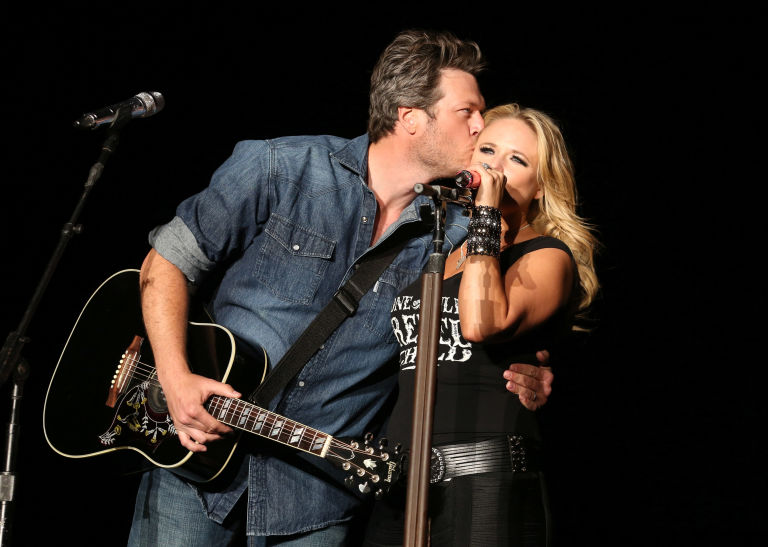 We’re getting into the heartbreakers now. It is impossible to hate Blake if you’ve ever watched him on The Voice, and Miranda—she of the ass-kicking twangy jams and an entire barn full of awards—seemed like the perfect sassy counterpart to his confident, easy charm. They even seemed poised to inherit the title of County’s First Couple from Tim McGraw and Faith Hill. Until, sadly, our old friend Cheating Rumors showed up. To the point where we’re beginning to wonder: If love isn’t dead, is fidelity?

Real talk: Like many a boy band before them, 1D was the kind of group that even people outside the demographic jammed to on the treadmill, and we are here to stand up proudly and say that “What Makes You Beautiful” is hella catchy and our workout mixes will mourn this loss. They claim their forthcoming hiatus is temporary, but nothing gold can stay; even *NSYNC abandoned us eventually. 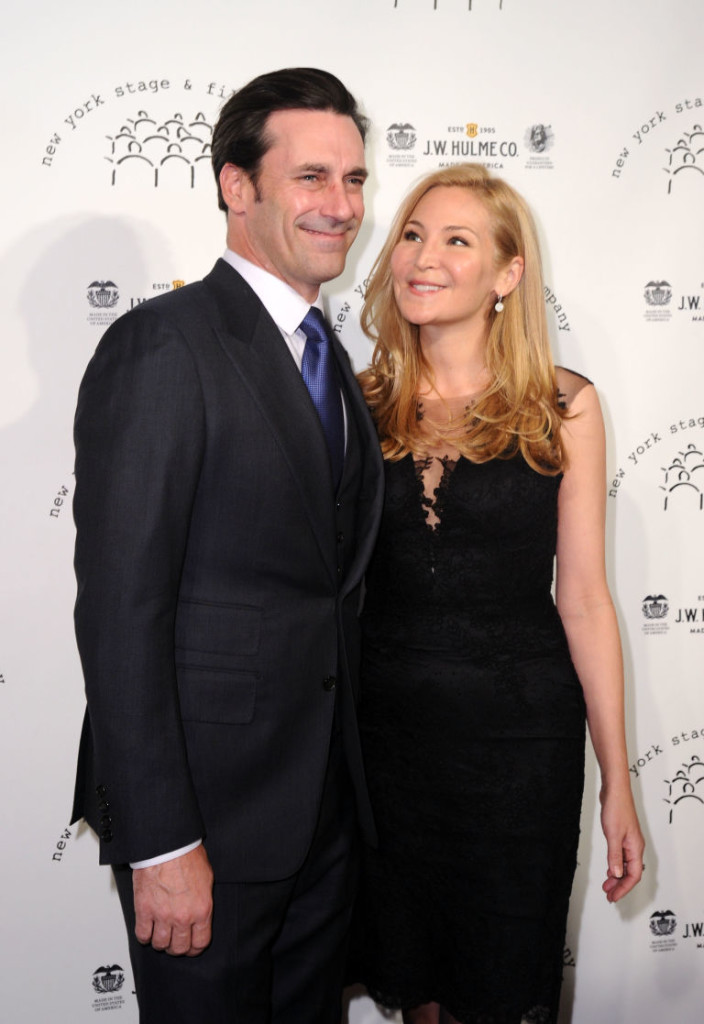 These two got together nearly 20 years ago, when both were struggling actors. And even though he finally hit it big as the smoky, boozy, hunky hot mess Don Draper, one of the sexiest things about Jon—and rarest, in Hollywood—was his loyalty to his longtime partner. The Internet, which would never lie to us, claims they couldn’t weather his fledgling sobriety (and that he’d allegedly gotten sloppy with fidelity, which we did warn you was a theme this year). Whatever the reason, it’s a wicked bummer to see two actors weather one of them achieving legitimate A-list fame, only to fall apart right at the finish line. There’s even a booth at L.A. staple Little Dom’s named for Jon and Jennifer. What’s going to happen to that now? Will no one think of the booth plaques?!? 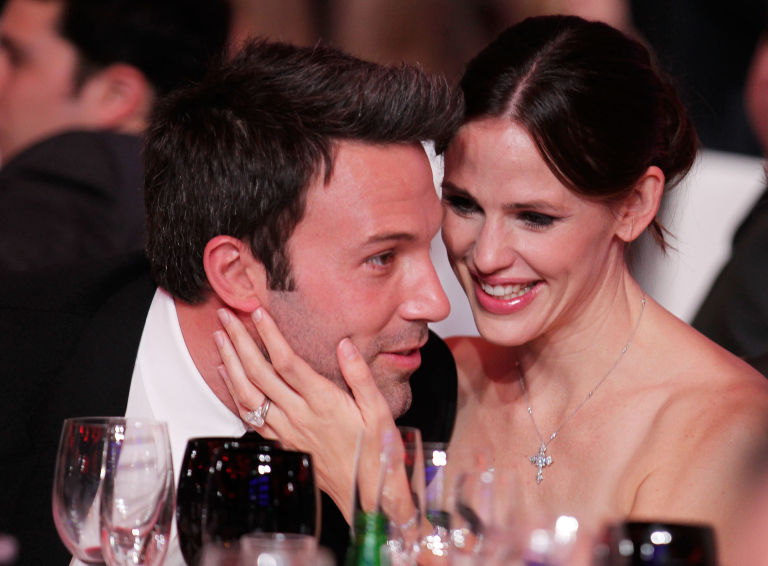 Everyone had heard this raft of rumors: his cheating, and her refusal to call a time of death; his addiction, and her increasing lack of sympathy; his resentment, and eventually, hers. But we did not think Jennifer Garner, who hung in there with this fool for 10 years, would ever actually apply boot-to-Bfleck-ass. Apparently, her pride eventually won out. It’s sad that a guy with a loving family, and a wife who just wants him to be better than his demons do, can’t pull his shit together enough to keep it in his pants around the nanny (his reps denied the affair, but it was reportedly the final straw in his marriage). So even though Jennifer may be better off, we feel for those kids—do not Google your father, Seraphina—and we mourn the fact that the 10-year milestone only seems to get respect in Hollywood because of what it means to your division of property. 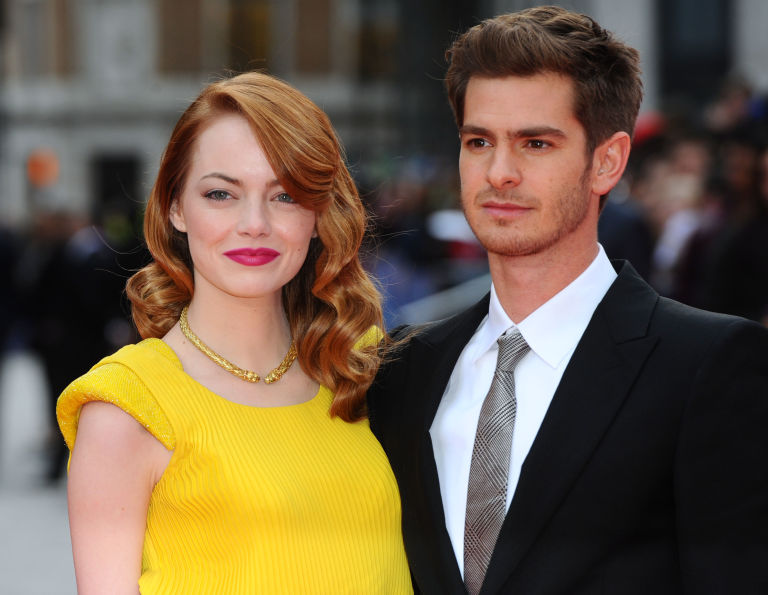 This is shake-your-fist-at-the-sky stuff right here. It’s immensely satisfying when two hot young actors find love on the set of their blockbuster and actually make it last. And immensely disappointing when, ultimately, it doesn’t. They just seemed so solid, so similar: supremely talented, similarly adorable, surprisingly normal, smartly witty. But if we’re being honest with ourselves, we anticipated this. He was 28 when they started dating and she was 23; the odds of finding your lobster at that tender age are slim, and those five years matter a lot in your early 20s. All of which clearly led to the most agonizing yet relatable kind of breakup: the kind where there’s nothing wrong with the other person, but you’re just in different phases of your life. At least, we assume that’s what happened, which means we can hold out hope for Starfield babies in five to seven years when they decide they’re older and wiser and can’t live without each other. It’s the only way to cope.

1. Kermit the Frog and Miss Piggy 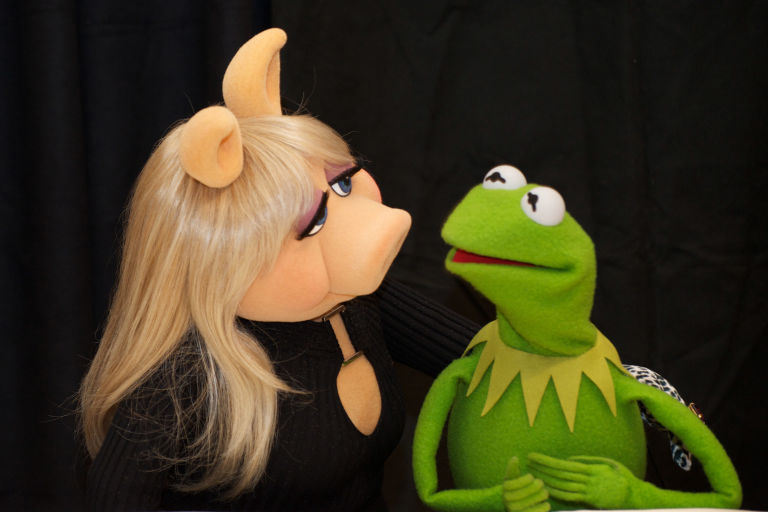 OK, they’re not real. (Or even people.) We know this. But theirs was a film and TV love story almost 40 years in the making, through countless squabbles, breakups, and makeups—they were always together, even when technically they weren’t—and across generations of fans. And then ABC went and ruined it. The network not only broke them up for what felt like a cheap, callow publicity stunt for its new sitcom The Muppets, but had Kermit making actual fat jokes about his porcine former paramour. It was a mean-spirited violation of a treasured—if fictional—couple. And the thing is, when the actual human love stories are flaming out at this rate, it’s doubly wounding to stomp all over the escapist ones from our childhoods. Apparently nothing really is sacred.