The Private Isle of François Nars 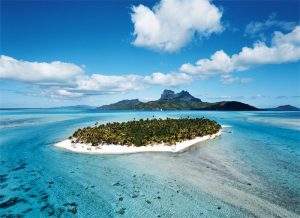 As much as he thrives on the frenetic pace of New York City, make-up mogul François Nars - who made us blush with audacious hues like Orgasm - adores the island life, too. So much that more than a decade ago, he bought one. A masterpiece in the vein of the make-up collections he has launched, and beautifully curated photography books he has painstakingly shot, Motu Tane, lies in the atoll of Bora Bora, a jewel in the crown of the South Pacific.

“I never had a country house ... I wanted my own garden, so I bought an island," says the fabulous Mr Nars when BAZAAR Malaysia jet-setted in for a few days to visit with him on the estate of his private isle.

A stunning Christian Liaigre-designed property, the villa includes two 929 sq-ft master suites that mix  modernity and traditional structures seamlessly; think thatched roofs and flat-screen TVs paired with exotic woods and Wi-Fi. Then there are two smaller suites on the beachfront and nine guest houses with garden and beach views, perfect to enjoy an evening mojito with.

Says Nars, “Motu Tane was designed as a space of celebration, for my family and loved ones. Somewhere you could dine on the beach or deck, bathed in moonlight. It’s my retreat from the world" - which, as we all know, is the real luxury.

In designing Motu Tane with co-conspirators Christian Liaigre and Pascal Cribier, he says, “You know, I had a country house. Never. It was always apartments in Paris, New York. I wanted my own garden…” he pauses, reflects, “so I guess I bought an island.” 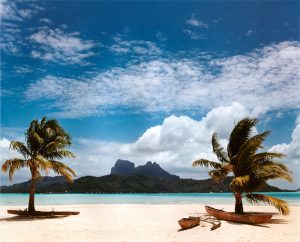 Get your copy of the July 2015 edition of Harper's BAZAAR for the full story behind François Nars' fantasy island.