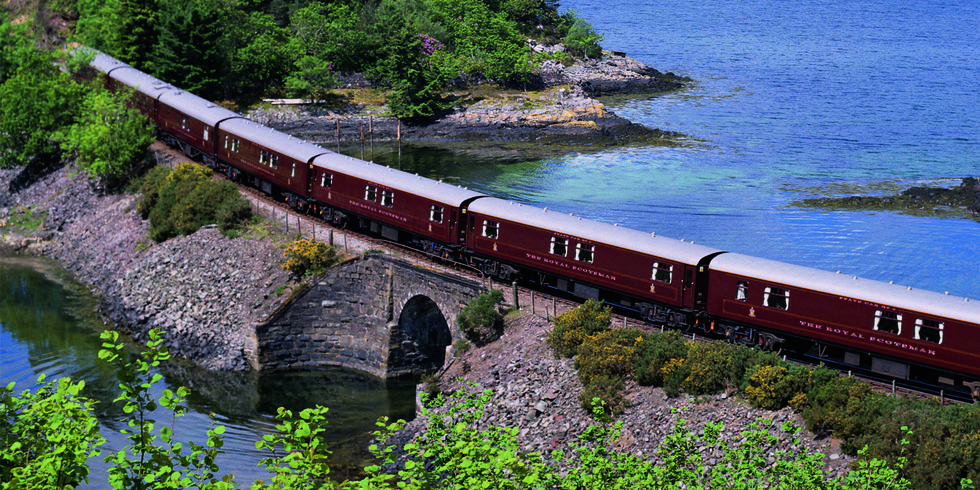 Agatha Christie’s cast of characters includes a princess, a count and a world-famous detective. On my trip, there are doctors, lawyers and even a scientist who works in the same Edinburgh-based lab that cloned Dolly the sheep. Clearly, I’m riding along with a tour group that’s just as glamorous as Christie’s fictional one. Although I’m a lone traveler, I never eat a meal solo during my entire time spent on board.

A three-generation family from Austin, Texas on board stands out due to their enthusiasm for Scottish culture. At their grandmother’s request, all the men in the group arrive to the very first dinner in full Highland regalia—kilt, sporran (a leather pouch worn around the waist), knee-high socks, brogues and all. Keep in mind that not even the Scots are dressed in traditional gear until the third night. Other passengers varied in age and traveled from nearby and afar: like an English woman traveling with her mum, a German journalist and a pair of cardiologists from Bavaria celebrating their 25th wedding anniversary. On an intimate train ride, private moments are possible–but not as simple as they’d be on the ground. One night, as we listen to live folk music in the Observation Car, I spot the couple celebrating their anniversary starting adoringly at one another. He turns to me and says with a smile, “After all these years, I cannot resist her electricity.” 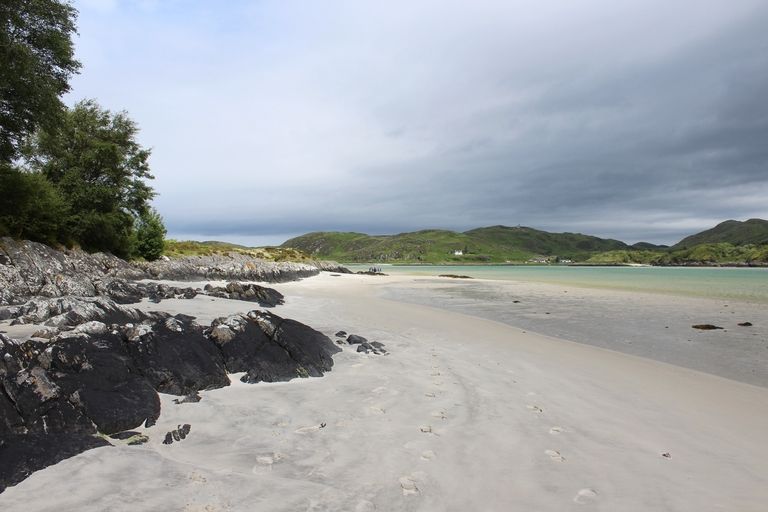 The Silver Sands of Morar.

By the final night, a group that started as strangers has grown so close that the evening’s entertainment truly feels like a farewell party. There’s a fiddler on board, and a dance party ensues, spilling out on to the station platform where we’re parked for the night. A glorious tangle of Texans, Brits, Scots, and more spin each other around in a traditional Scottish line dance.

Agatha Christie got a few things right: train travel is luxury at its best, and it is all about the people. As for the spa, airplanes have got some catching up to do.