With just days before the final series of Game of Thrones airs, you’d be forgiven if your mind is currently in the wilderness of Winterfell or the exotic gardens of Dorne – but you can do more than just dream about these fictional lands. All the settings were based on, and filmed in, very real locations. 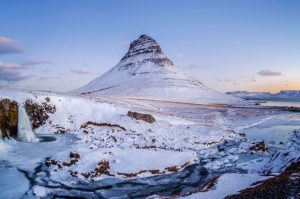 Iceland’s most photographed mountain owes its fame to Game of Thrones after it played Arrowhead Mountain, with the distinct peak used in series seven as the backdrop to Jon Snow, the Hound and Jorah Mormont braving the wilderness in search of the Night King.

Visit Kirkjufell and make Iceland’s capital Reykjavik your base, where the stunning new The Retreat at Blue Lagoon offers lunar-like views, chic Scandi design and mineral-rich waters for you to spend hours bathing in. Book with mrandmrssmith.comand you’ll receive a bottle of Champagne on arrival, too.