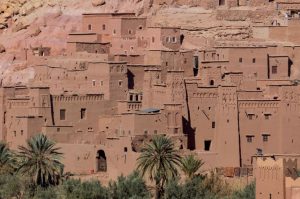 This fortified city on the foothills of the dramatic Atlas Mountains is a UNESCO World Heritage Site and starred as Yunkai, the slave city in which Daenerys battled the Second Sons to liberate the slaves. Sitting between Marrakech and the Sahara, it also featured in Lawrence of Arabia and Gladiator.

Visit Ait Benhaddou on a day trip during a city break to Marrakech, where you can also browse the exotic souk, get lost in YSL’s oasis-like Majorelle Garden and stay in a romantic riad. Visit expedia.co.uk for more.