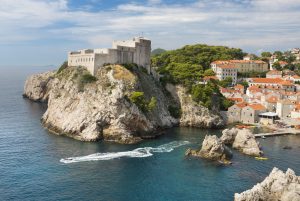 Perhaps the most well-known Game of Thrones location of them all, Dubrovnik is the setting of the Westerosi capital King’s Landing. Towering Fort Lovrijenac, otherwise known as the Red Keep, is where many dramatic scenes were shot, and you can roam the city’s ancient winding streets like Arya or follow in the footsteps of Cersei’s infamous Walk of Shame.

While you’ll want to explore all the corners of this UNESCO-protected city, you can escape the heat of the old town at Villa Dubrovnik, just minutes away from the centre and boasting spectacular views of the Adriatic Sea. Book with mrandmrssmith.comfor a complimentary spa treatment with your stay.