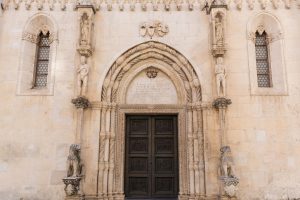 If you’ve ticked Dubrovnik off your list or prefer a lesser-known alternative, the city of Sibenik further north is equally as appealing – and with fewer crowds. The alleyways and squares of the honey-coloured old town were used as the setting of Braavos, where Arya train with the Faceless Men.

Fly to Split and stay at the sleek D-Resort Sibenik, a few kilometres from the historic centre and next to a buzzy marina. You can choose from rooms or villas with sea views and you’ll find superb amenities, like a rooftop running track and four different bars.