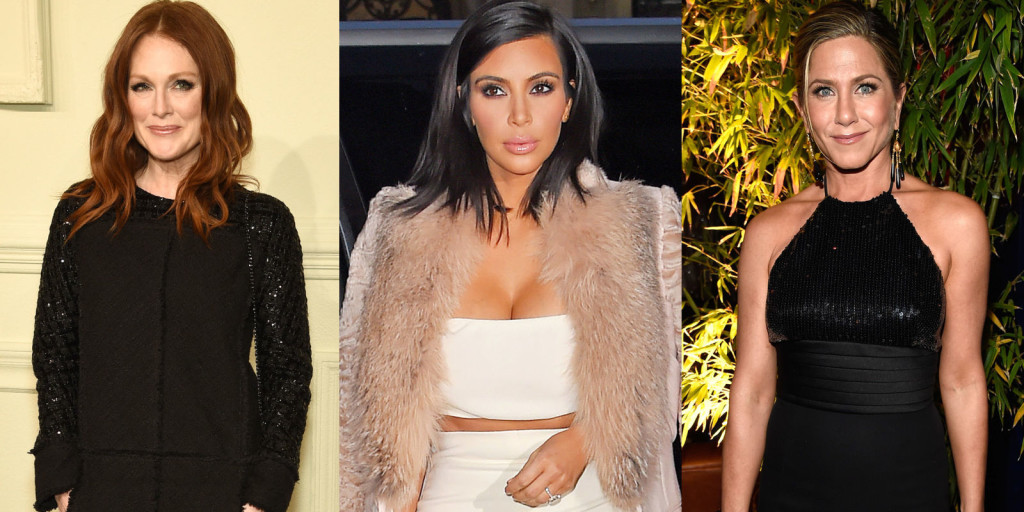 “I am fortunate enough to know women like Gloria Steinem, who I think is one of the most stunning women on the planet, and doesn’t touch her face. Diane Keaton, Annette Bening, all of these fabulous fearless women who are flawless, they embrace it! You know, to each their own; I don’t judge it if you do it, but sometimes I wish I could beg the people I know, who I am very near and dear to, to not touch their face.”

“I love them so much I had to talk about them…I’d feel better not to have some secret. It’s much freer to say it and then you don’t have to worry someone will dig it up.'”

“[It’s fine] for those who do it for themselves and not to please someone else.”

“I’m not against plastic surgery. “I’ve only been under [anesthesia] once before, when I went to the dentist and I didn’t react well; it really scared me,” she wrote. “I threw up and I was SO nauseous the next day. But as of now, I only have lip fillers…But I’m also someone who says ‘never say never.’ If, down the line, I get to a point where I’m really uncomfortable with something on my body, I’m not against changing it.”

“Trust me honey, if I take this bra off you will tell me I need to get them done. I’m totally not against plastic surgery…I’ve tried Botox before. That’s the only thing that I’ve done.But what’s funny is about my nose, it’s my biggest insecurity. I always want to get my nose done…I went to a doctor, I had them take the pictures, he showed me what it would look like and it just didn’t…I wouldn’t look the same.”

“I have had breast implants, but it’s so funny ’cause it’s not a secret, I could care less.”

“I did try Botox, unfortunately, but I got out of it and now I can finally move my face again.”

“I have never had plastic surgery, and there are many pop singers who have. I think that promoting insecurity in the form of plastic surgery is infinitely more harmful than an artistic expression related to body modification.”

“Nothing makes you look older than attempting to look young. You can fool anyone, apart from the young. The worst are the lip operations. There are people who have it done and I don’t recognize them afterwards. They look like they flew through the windscreen during a car accident and were patched up badly afterwards.”

—Zeit.de, translated by The Telegraph, May 2014

“I’d like to think that I can age as naturally as possible. I don’t want to come out condemning anything anybody does, because I think that all of these things can contribute to making people feel better about themselves, and that’s great. But I also want to look like myself. I mean, we’re not going to live forever. You could be dead at 45, and guess what? Then you don’t have to worry about aging.”

“I use organic products, but I get lasers. It’s what makes life interesting, finding the balance between cigarettes and tofu. I’ve probably tried everything. I would be scared to go under the knife, but you know, talk to me when I’m 50. I’ll try anything. Except I won’t do Botox again, because I looked crazy. I looked like Joan Rivers!”

“I’m hoping my children will save me from my vanity.”

“I’m not fiddling about with myself. We’re in this awful youth-driven thing now where everybody needs to look 30 at 60.”

“I will never give in. It goes against my morals, the way that my parents brought me up and what I consider to be natural beauty.”