With two in three Britons admitting that they have suffered with loneliness this year, Jameela Jamil decided that things needed to change.

The actress and activist has teamed up with social networking app Bumbleto try and combat the worrying social issue, launching a global campaign today (30 July), which also happens to be International Friendship Day.

The #askingforafriend campaign focuses on normalising the need to form new friendships throughout life, and supporting women to do so.

Jamil is the face of the campaign, having made a name for herself for standing up for inclusivity throughout her career – particularly since the launch of her I Weigh movement. The partnership hopes to champion women to feel more confident in themselves and help them to build a strong network of their own.

“This campaign really spoke to me – especially when I saw the numbers of women around the world that felt isolated or without support,” says Jamil.

The 33-year-old admits that she’s struggled with feeling isolated in the past, like the 84 per cent of Brits who say that they find it hard to make new friends. 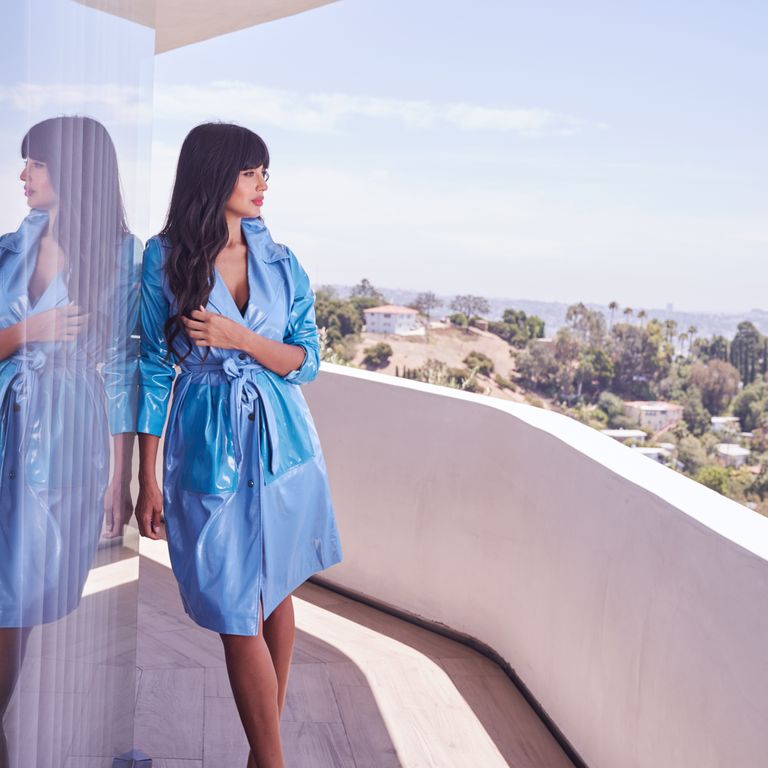 “With a supportive group of friends around you anything is possible,” she says. “It’s time that we focus on normalising how OK it is to seek out new friendships, especially when your current ones don’t serve you.”

Jamil announced the partnership by sharing a moving personal essay on Instagram.

“Especially in this day and age. We work such relentless hours, a lot of us have anxiety, and often we feel like we are only going to ever meet people in our current surroundings.”

Hello all! I’m working with @bumblebff on their BRILLIANT #askingforafriend campaign around loneliness. I’m someone who has really struggled with it in my life, because I’ve always moved around a lot, because I’ve always been socially awkward, and just because sometimes it’s hard to find your people. Especially in this day and age. We work such relentless hours, a lot of us have anxiety, and often we feel like we are only going to ever meet people in our current surroundings. This app is a brilliant way for all of us to own up to that completely normal feeling, and say, “I’m asking for a friend” and then meet people from all sorts of backgrounds. I support this campaign because it’s what me and @i_weigh stand for: Community and acceptance. I hope you check this app out and I hope you find your people on here. Download the app; create your BFF profile and get friending!!! There’s also an opportunity to celebrate friendship with me in LA this August! #endthestigma #iloveyou #bumblepartner

Living in such a digitally-led age can certainly have it’s pros and cons. The Bumble research found that 73 per cent of Brits believe that they don’t have enough friends – a feeling which can be compounded thanks to social media pressure.

Bumble is encouraging users to use their online time wisely and connect with others to meet like-minded people.

Beauty Buzz
This treatment stimulates and accelerates the speed of collagen reproduction within the deepest layers of your skin.