Culture /
Culture News
The Starz series’ showrunner Emma Frost breaks down the intrigue of the court of Henry VIII as we get a...
By Julie Kosin

The story of Henry VIII and his six wives—the divorces, executions, law-breaking and rule-rewriting that irrevocably altered European history—dominates history books and television screens to this day. But the woman who always gets lost in the drama is the one who arguably lit the match that set the British monarchy aflame: Catherine of Aragon, Henry’s first wife. The Spanish Princess, a new series from Starz, offers a look at the changing world of Renaissance England from her perspective, one completely unknown to contemporary audiences. Here, Catherine of Aragon (Charlotte Hope) takes back her narrative with steely resolve, painting an image of a woman who lived, loved, and lied to protect her people.

Today, BAZAAR.com has an exclusive look at nine glorious portraits of the characters who populate Catherine’s world, with commentary from The Spanish Princess showrunner Emma Frost. “Catherine’s story has always been told from the point of view of Henry VIII. She’s the wife you don’t want, and Anne Boleyn is there being all sexy. She’s not given any agency,” Frost says of the decision to adapt two Philippa Gregory novels, The King’s Curseand The Constant Princess, to make the show. “It’s an incredibly male-skewed point of view, and it does her a real disservice to suggest that she’s just this boring character who can be discarded so easily.”

For Frost and her co-showrunner Matthew Graham, it was paramount that women were telling Catherine’s story behind the camera, too. 75 percent of the show’s directors and editors are women, as is the director of photography, Maja Zamojda, and producer Andrea Dewsbery. “That really blew a different kind of energy into the show,” Frost says. “We had a lot of conversations about the female gaze. You can really feel that female perspective of these [characters] as they struggle for power and struggle to have their own agency.” 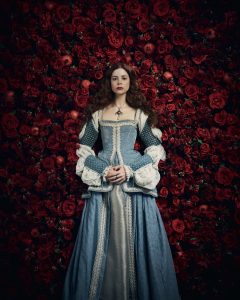 “You take the details that you know from history, and the tiniest things imply character. Knowing that her husband [Prine Arthur] died, that she was married to him for five months, and then she said, ‘I’m a virgin’ and manages to marry the younger brother [Henry], that implies such grit and ambition and entitlement.”

Celebrity Watch
What a loss.

Beauty Buzz
Why skin that’s exploding with energy should be the standard for healthy skin.