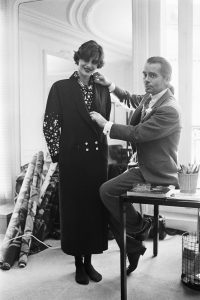 Lagerfeld made strong relationships with a number of women, who would become long-standing brand ambassadors. French model Inès de La Fressange was one such woman, pictured here at a Chloé fitting.