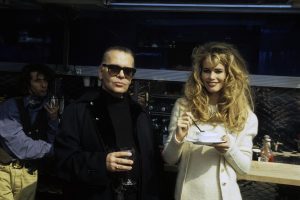 Claudia Schiffer and Lagerfeld, whom the supermodel credits for having helped launch her career in the early Nineties.