With the world opening up once again and Fashion Week in full force this season, Prada hosted their Spring/Summer 2022 show in not one but two fashionable cities: Milan and Shanghai. Staged simultaneously in the Deposito of the Fondazione Prada, Milan and in Bund 1, Shanghai, co-creative directors Miuccia Prada and Raf Simons sought to connect two worlds together through an engaging dialogue that blurred the lines between physical and virtual realities—large LED screens placed around the runway in both Milan and Shanghai livestreamed the show at the same time.

This season, seduction was of the essence, expressed through unconventional nuances of sexuality that materialised through sleek outlines of womanhood and traces of exposed skin. Demure satin dresses revealed plenty of skin at the back, and hemlines were significantly raised, teamed with oversized jackets, sweaters and coats for modesty. Elements gingerly plucked from corsets (exposed bones and lace) weaved their way into tops and dresses that hugged and shaped the body gently—restrict, it did not. Meanwhile, delicate trains that fluttered as the models walked added a hint of allure and drama to the utterly modern and feminine pieces. 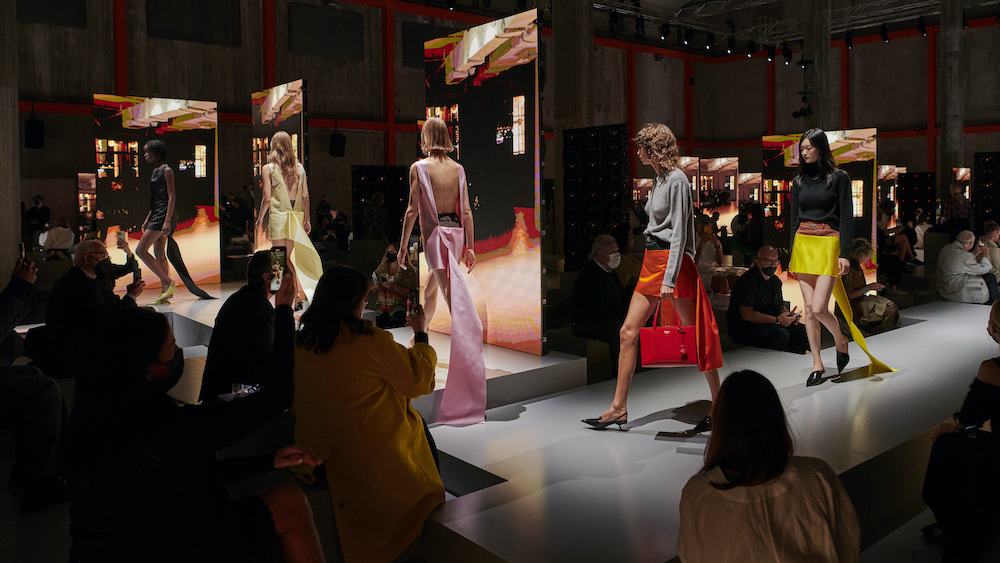 Scroll below for our favourite looks from the show: 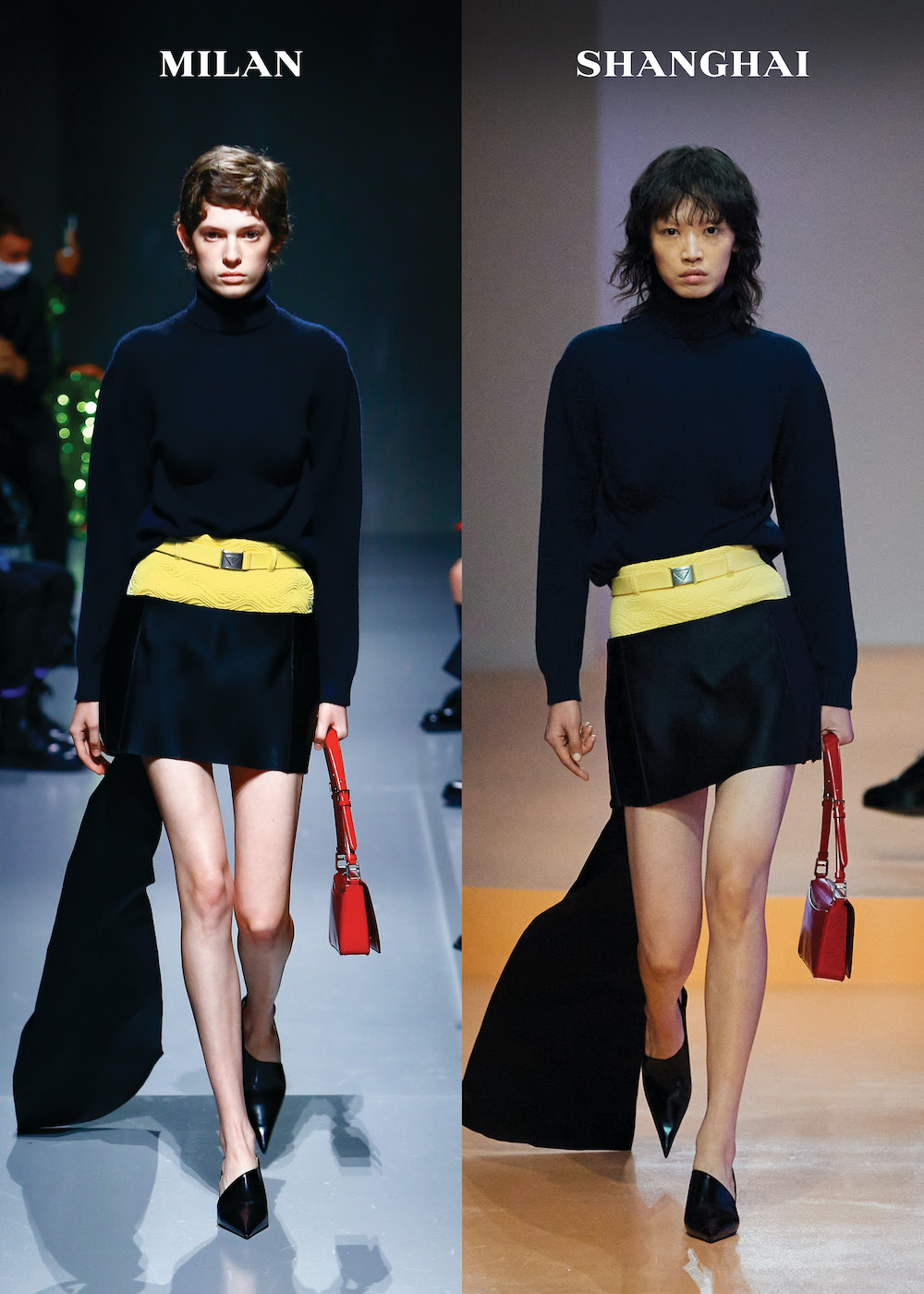 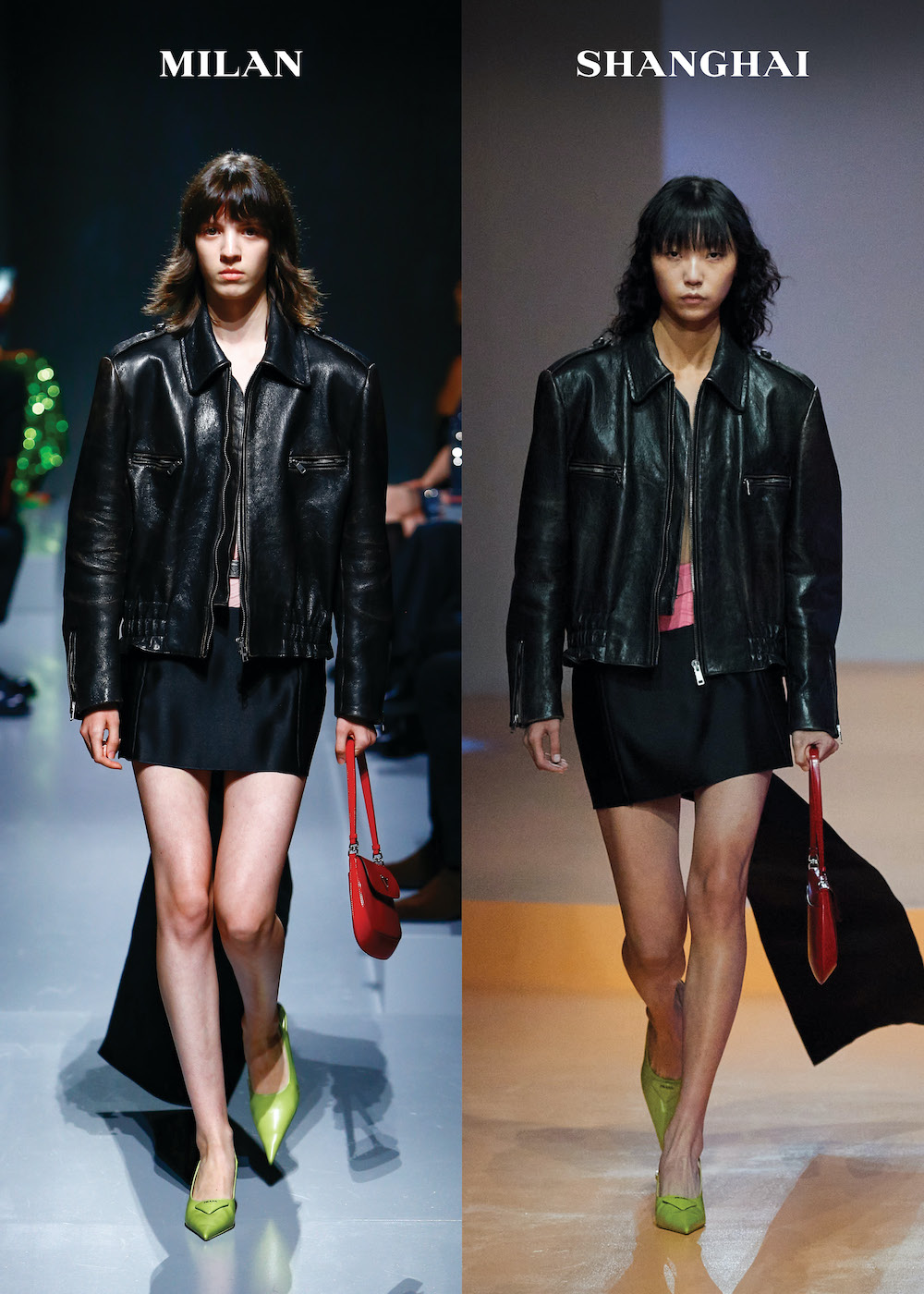 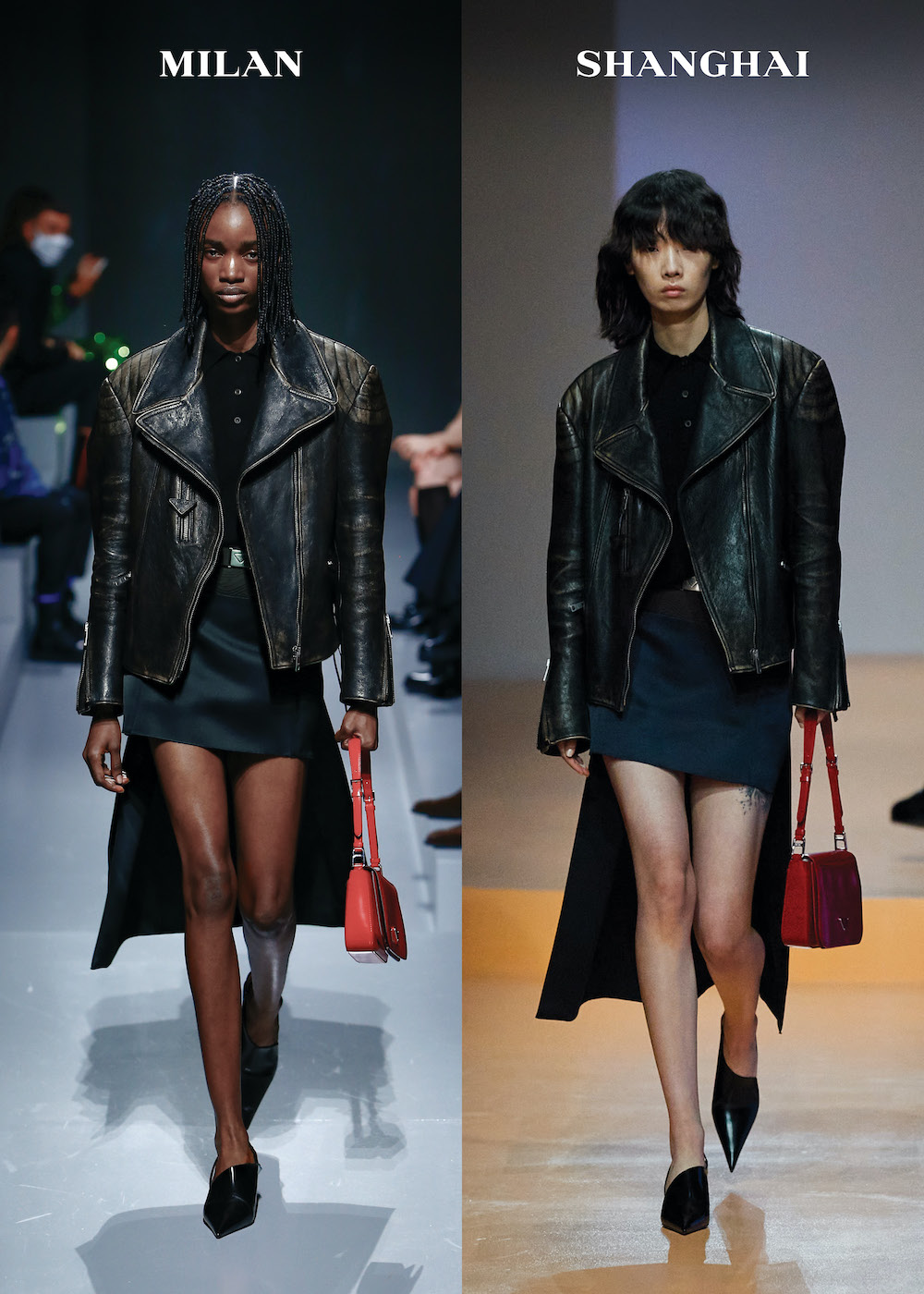 All images and video courtesy of Prada.