From Dovima and Jean Shrimpton to Linda, Naomi, Kate and Gisele, Harper’s BAZAAR has launched fashion’s most unforgettable faces. Here, we present some of the most memorable from Harper’s Bazaar: Models (Abrams), a new book by Derek Blasberg that offers a history-spanning look at 28 women who changed fashion and helped bring it to life in the magazine’s pages. The volume also includes an introduction by Glenda Bailey and a foreword by Karl Lagerfeld.

“This book is intended for fashion fans like myself, who aren’t just compelled by an image but also want to know more about the woman behind it. The models here have not only brought to life some of the most iconic moments in fashion photography, but also became the faces of generations,” writes Blasberg in the book’s preface. Divided into chapters by model and with more than 200 photographs from the last 60 years and essays that reveal their lives both on and off set, this gorgeously packaged book offers an inside look at the models of Harper’s BAZAAR.

“The women in this book are all exquisite beauties, but that’s only part of the story. They have elevated their profession beyond modeling fashion, in the traditional sense of the word, to reflect and define our culture at any given moment and, yet, somehow still remain timeless,” writes Harper’s BAZAAR editor in chief Glenda Bailey in the book’s introduction. 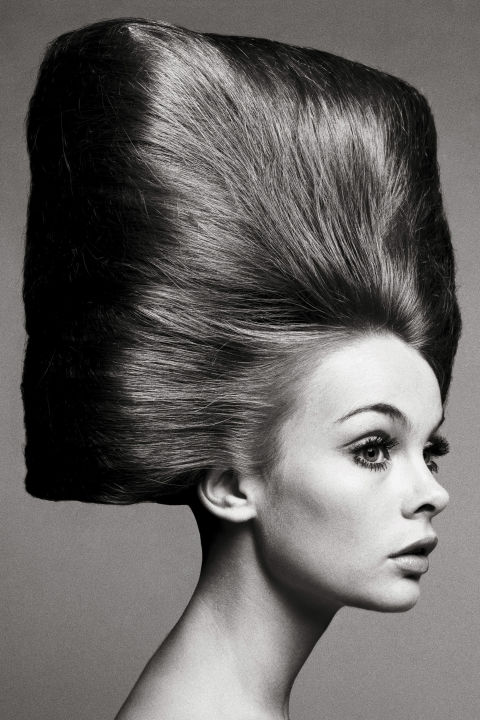 The poster child for the youthquake movement coming out of London in the 1960s, Jean Shrimpton was to modeling what the Rolling Stones were to music. Before her, models had been statuesque, poised, and perfectly coiffed. But Jean was diminutive and gangly, her hair fringed and wild, and she was not afraid to wear the scandalous garment of the time: the miniskirt. Richard Avedon would go on to make some of the most memorable images to appear in Bazaar in the ’60s with her. Avedon’s portrait of Jean with her hair pulled back into a square-shaped beehive has practically become a required text for hairstyles since it was published in Bazaar in 1965. 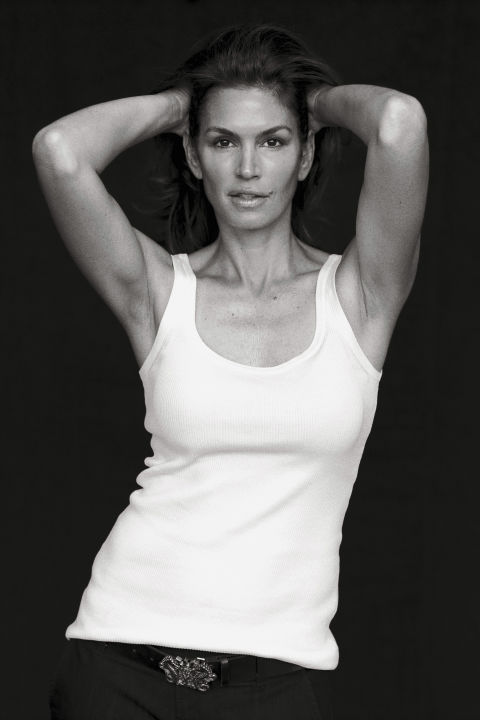 Photographed for the September 2009 issue by Peter Lindbergh, styled by Brana Wolf.

Cindy Crawford was one of the original supermodels—that handful of young women who booked nearly every cover, editorial, and major campaign in the late 1980s and early ’90s. “We worked almost every day, and the days we weren’t working we were on a plane,” Cindy remembers. “If I could go back, I’d try to drink it all in more.” She says the apex of that period was her now famous strut down the Versace catwalk in 1991, when she walked arm in arm with Naomi Campbell, Linda Evangelista, and Christy Turlington to George Michael’s hit “Freedom ’90.” (They’d all appeared in the song’s video.) “That was the moment,” she recalls. “It felt like the stars were in alignment.” 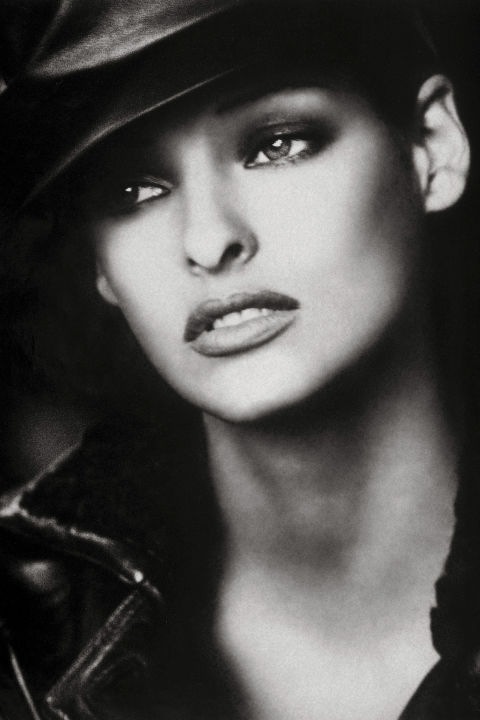 Photographed for the September 1992 issue by Peter Lindbergh, styled by Paul Cavaco and Tonne Goodman.

Fashion photographers adore working with Linda Evangelista in part because she is the industry’s ultimate changeling. At one point she dyed her hair 17 times in five years. Of all the original supermodels, Linda was also the most notorious. That’s due in large part to a quip she made in a 1990 interview: “We don’t wake up for less than $10,000 a day.” Linda admits that she had her diva moments, but she was never delusional. “I climbed the ladder very,very slowly,” she says. “I remember a salon once paid me $400 to put a picture of me with a new haircut in the window, and I was ecstatic,” she adds. “I never dreamed as high as the cover of Bazaar.“ 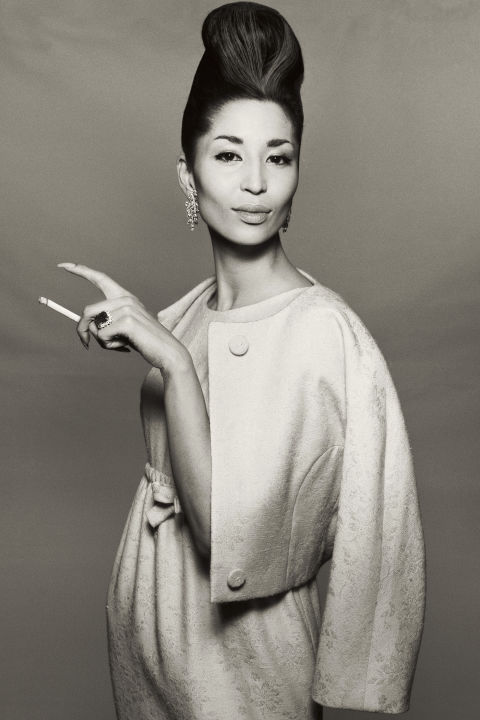 As was true for many of the models in this book, Richard Avedon was largely responsible for China Machado’s stellar career. “He was the first person who photographed me,” China says. “He saw me with Diana Vreeland the day after I arrived in New York.” It was November 1958, and it was during that first shoot that Avedon snapped his iconic picture of China with a cigarette dangling from her fingertips. “I didn’t know what to do when I came into the studio. He kept saying, ‘Show the bones! Show those golden bones!'” she recalls. “I always loved the way Dick talked about my bones. Because, for me, that’s where style resides. It’s in my bones.” 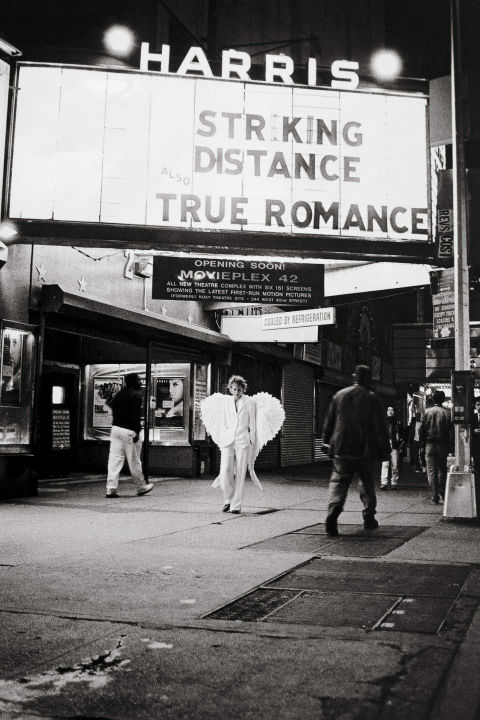 Photographed for the December 1993 issue by Peter Lindbergh, styled by Paul Cavaco and Tonne Goodman

What was Amber Valletta’s favorite shoot for Bazaar? “That’s simple,” she says. “It was the angel story.” In 1993, photographer Peter Lindbergh had an idea for a fashion editorial: An angel from heaven falls to earth and ends up in New York City. “I was on an intense spiritual journey at the time. I know this sounds corny but I felt like angels were speaking to me. So when I found out I was going to be one, it seemed like a sign form above.” The images were so stunning that they became a centerpiece of the December issue. “It didn’t look like a typical fashion story,” says Amber. “It spoke to a lot of people, because it showed that fashion can transcend clothing. It can transcend into art and emotion.” 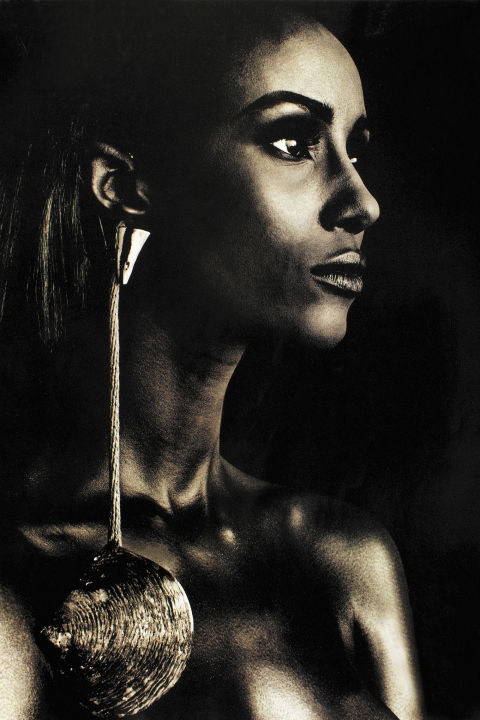 Photographed for the June 1992 issue by Phillip Dixon, styled by Robert Rufino.

The first thing that comes to mind when Somali model, actress, and entrepreneur Iman thinks of Bazaar: legendary fashion editor Diana Vreeland, of course. “I met her the first week I arrived in New York,” Iman recalls. “I will never forget it. As a little girl, I didn’t know modeling existed. I was raised in a family of political science. I didn’t wear makeup or own heels. And then I met this woman who looked like a bird of prey with her red cheeks and black lacquered hair. She put her hands under my chin and turned my head to profile and said, ‘Now, that is a neck.’ And I thought, What the hell is this business?”